The church in Vilanova was half destroyed during the Spanish Civil War, and then abandoned: in their renovation project AleaOlea preserved the introspection atmosphere adding a white shell. 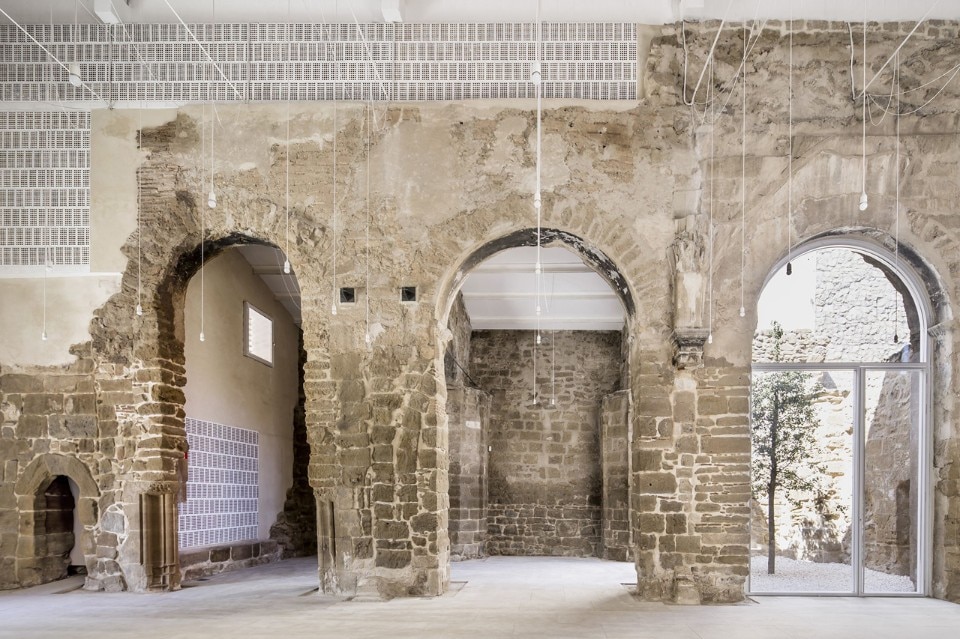 The church is a 13th century Gothic building that was partially demolished in 1936 due to bombarding during the Spanish Civil War. Since then, the church had been in a general state of ruin, preserving just its apse, some fragments of the naves and the west facade. The original church has a basilica-styled floor plan with two naves, a presbytery and lateral chapels. The building is 22 meters long and seven meters wide, with an interior space rising up to ten meters. In the oriental part, the surviving construction preserved two impressive lateral buttresses, probably of a Romanesque origin, and a ribbed vault of the 17th century in a late Gothic style in the apse. The entire church was built with a stone ashlar of the area which was largely damaged by the weather conditions and the erosion of time. More recently, the church has been severely affected by the construction of an attached single family house in the former graveyard.