Following the terrorist attacks of November 13th and the COP21 agreement, Paris faces its future with one of the most ambitious architecture competitions in contemporary Europe: 22 projects, mostly in the periphery. The deputy mayor Jean-Louis Missika speaks about the challenges facing the city. 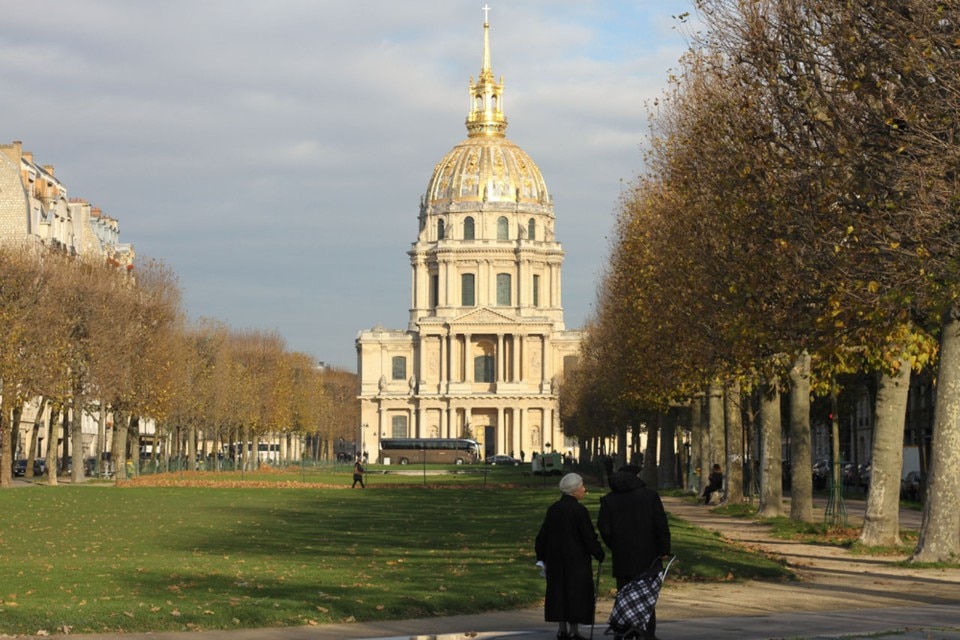 Since the 14th century the motto of the city of Paris has been Fluctuat nec mergitur, meaning tossed by the waves but not sunk. In recent months the tides turning on the city have been both devastating and heroic, but the city is determined to face these challenges.

On Wednesday 3 February 2016, Mayor Anne Hidalgo announced the conclusion to one of the most ambitious architecture competitions in Europe – aiming to Reinvent Paris. 22 projects were chosen from 360 entries. This follows the dramatic events of late last year when the terrorist attacks of 13 November horrified the world, and barely a fortnight later, the successful COP21 climate change talks renewed our optimism about international collaboration.
These challenges seem to be reflected in the range and objectives of these new projects. The majority of successful projects will be constructed in the periphery, with run-down buildings or vacant lots becoming some of the sites of regeneration and new development. All of them focus on urban problems, such as developing more co-working spaces or student accommodation, creating more carbon neutral buildings and gardens. Winners include Pablo Katz Architecture who will revitalise a conservatory from the 1980s; Perrot & Richard who will create a Philanthro-Lab – an incubator devoted to philanthropy; and Ory & Associates who will build a hostel with co-working and band rehearsal facilities. There will also be buildings with commercial gardens to grow produce for the city, a school for fashion and design, a dance studio, a nursery and greenhouse, a public space for creative collaboration amongst other innovative ideas.
The Deputy Mayor of Paris in charge of urban planning, architecture and economic development, Jean-Louis Missika spoke to Domusweb about these recent events, and what Paris is confronting to face the future.

Philippa Nicole Barr: Paris and France have recently experienced regional elections, the meeting of COP21 and Cities for Climate and the tragic attacks of November 13. Have you had any time for self-reflection, and what do you think are some of the successes and failures you have experienced recently?

Jean-Louis Missika: Nation states can make agreements but at the end of the day if you want to implement things you have to do it in cities, as that is where things are happening – in a good or bad way. This meeting was a turning point in the involvement of cities in the climate pattern.

Philippa Nicole Barr: Security is also a national issue, but the cities experience attacks or respond to crisis. Is the same pattern reflected in security?

Jean-Louis Missika: You have two kinds of emergencies in the city, climate catastrophe like a flood or earthquake, or a terrorist attack. In the first case the cities are in the front line as you have to manage the crisis situation and you have to manage the resilience of the city. For example the City of Paris has been selected by the Rockefeller Foundation to be part of “100 Resilient Cities”, and now we have a Chief Resilience Officer. In October we organised the simulation of a large-scale flood. And the simulation of the crisis was very interesting because we coordinate information systems, media, police, and fire department and so on to see where the problems are. For example the metro sustem was identified as critical, potentially causing billions of euro loss and months of dysfunction.

Philippa Nicole Barr: Have you also had to fortify the infrastructure of Pais to respond to terrorist attacks or security crises?

Jean-Louis Missika: We worked with energy network operators, the metro operator RATP and SNCF, the train company, to coordinate and make the city as a platform to see what we have to do and what we have to change to manage this kind of crisis.

Philippa Nicole Barr: It sounds like you think there can be a technical solution to this problem. But do you think this technology can be used against the city too easily?

Jean-Louis Missika: I think we can better organise the relationship between the police and the population during a crisis. People are using tools like Facebook or Twitter social networks and when you are in a situation of crisis you send a tweet or SMS but the fact is the old fashioned telephone system with a number for police and fire is rather obsolete. It gets saturated very quickly when there is a crisis. So you have to invent new ways of communicating between people and the police using social networks. I suggested organising a hackathon to put people around the table, people from Facebook and Twitter, the people from the police and the people from the start-ups in order to find new solutions and new tools. As you know the Facebook Safety Check has been used by more than 4.1 million people, the hashtag was used by the tweeters, so we have to invent new ways of communicating during a crisis. But digital tools can also be used before a crisis: we can work with the police to identify the young who are in a situation of radicalisation, and to find a way of speaking to them.

Philippa Nicole Barr: In the aftermath of this attack Mayor of Paris Anne Hidalgo said she didn’t want Paris to compromise on lifestyle. However, some of the demonstrations during COP21 were banned, as well as a gathering at Place de la Concorde and other markets and concerts. Is it inevitable that while you are engaged in this war with ISIS the Parisians will have to adjust or change their lifestyle in some way?

Jean-Louis Missika: I think that if we change our lifestyle our enemy has won. Our lifestyle is exactly what they want to kill. When you have events like that, and afterwards you have the COP21, it is very difficult to keep your lifestyle exactly the same. Nowadays you still see people drinking on terraces and living how they used to live – what has disappeared is something difficult to explain, in French you say insouciance, it’s the lightness of life. The terrorists want to target cities like Paris or London because these are cities with a lot of people living a life of freedom and having a mix of Christians, Muslims, Jews and atheists. All these people are very aware that they invent a new way of living together, what we call an ensemble and of course this is the core of our value system, the values for which we are fighting. What the terrorists have shown is about values – you live without thinking about it but when you are under fire you are conscious of these values and you make a decision on whether you are ready to die for it. People are very conscious that this lifestyle is not only consumerism or easy life; it is a question of fundamental values of freedom and coexistence between people

Philippa Nicole Barr: I want to move beyond this and into the banlieues, the suburbs of Paris. There have been other reports that these are areas where immigrants have been cordoned off from the rest of the city, and can be discriminated against

Jean-Louis Missika: Well in Paris you have the same kind of problems that you have everywhere – you have this kind of problem in London even if the way London is approaching the problem is different. In London communitarianism is the rule and here we try to fight communitarianism and have a more republican style of immigration. Of course that some people have more difficulty to find jobs than other segments of the population. But the three guys who committed the attack against Charlie Hebdo came from Paris not from the suburbs. So it is not exactly a problem of integration, it is more a problem of radicalisation of a very small part of the population that is difficult to avoid

Philippa Nicole Barr: There was another riot in 2005. Could the banlieue could be a source of the problem in the future? Or can you transform these parts of Paris to make them more experimental or innovative?

Jean-Louis Missika: We have launched recently a new concept called Innovation Belt. This is trying to implement the innovation economy in these places along the ring road circling Paris, and this concept is based on the fact that if you want these people working and finding jobs you have to train them in the field of digital economy where it is easier to find a job because you don’t need the same training and background. The riots were 10 years ago and things have already changed but we need to accelerate this process.

Philippa Nicole Barr: What can you do as the City of Paris to accelerate this? What role will the creation of a new metropolitan government play?

Jean-Louis Missika: Of course the metropolitan project is very important. It’s difficult to do it. You have two problems. The first problem is that all the mayors of the cities around Paris may be afraid to lose some power and we need to demonstrate that, on the contrary, they will gain power. The other problem we have, that you don’t have in Australia or England, is that the nation state is very aware of its own powers and Paris has always been something like a rival with the nation state.

Philippa Nicole Barr: Is there a way that you can tell stories of the city than somehow combines the long history of the city with the more recent story of new arrivals?

Jean-Louis Missika: Yes of course. Being inclusive is easier in Paris than in a smaller city of France. Interestingly it is the cities with the least immigrants that have the highest votes for the National Front, so in a city like Paris, with many immigrants, they have less than 9% of the vote. As far as I can see, in the cities that are “world cites”, local governments are used to integrate people and the people know that it is part of the wealth of the city.

New solutions must come from government and citizens alike. In late January, the competition to “Reinvent Paris” had collected 815 nominations from around the world and resulted in 22 winning projects. It is an exciting moment for Paris, a city that is responding to challenges and threats by facing, not bracing itself against it.