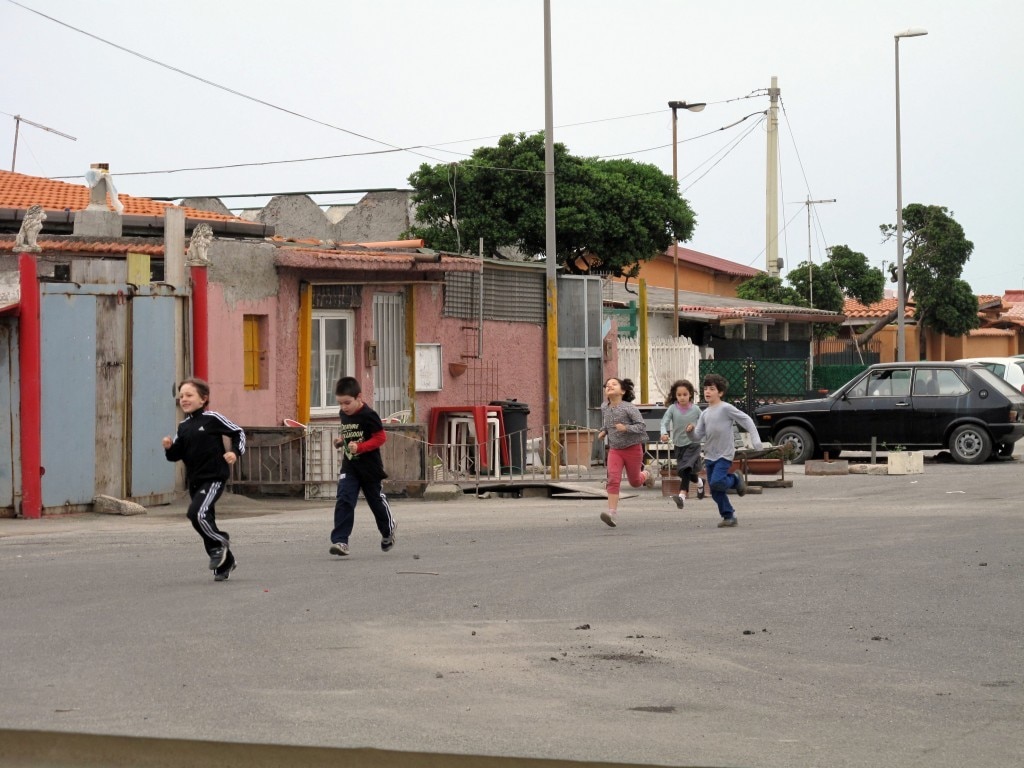 For this Biennale, Rem Koolhaas asked participants to consider Modernism and the forms it has taken, in particular in the 1960s.

The Fittja Pavilion, organised by the Botkyrka konsthall of Stockholm in the Serra dei Giardini and inside the Cini-Venier Naval Institute, adds its own contribution to those of the national pavilions. The word Fittja comes from the name of a metro stop situated at Botkyrka, on the southern outskirts of Stockholm.

The area is characterised by the presence of a housing estate that was built as part of the Million Programme, a social housing programme launched by the Swedish government with the intention of creating a million dwellings between 1965 and 1975. Today in Botkyrka around 64% of the inhabitants are not of Swedish origin and its is home to, among other things, the highest minaret in Europe.

The Fittja Pavilion explores ways of reevalutating the typically Modernist approach, characterised by its large-scale planning and poorly-defined public spaces. It examines questions that the Botkyrka Konsthall has been looking into for some years now and that have formed the basis for a programme of international residencies organised in the context of an experimental arts initiative. Curator Johanna Sandell has invited artists, architects and activists from Sweden, South Africa, Great Britain, the United States and Japan to reside at the Konsthall and explore the value and significance of the modernist approach to social housing.

The result of this initiative is a series of works and interventions, some of which are on display in the Serrone and in the Nautical Insitute in the form of demonstrative, sustainable installations: sound situations like that of Derek Gripper and Lindy Roy, chairs that can be used, cultivations and the convivial kitchen of OPENrestuarant and Ayhan Aydin. There are also videos, such as I’m Gonna Live Anyhow until I Die by Swedish video-artist Johanna Billing showing in the lecture theatre at the Cini-Venier Institute.

The video is filmed in Rome, in the neighbourhoods of Testaccio and Ostia, on the streets and in a school. Five children leave the table of a lazy family lunch in a restaurant to take a long walk in the park by the Roman aqueduct; they then stop off in a courtyard in the Testaccio district and one in Ostia, finally reaching an empty school in the centre of Rome.

Here in the classrooms and corridors, time seems to stand still. The children begin to investigate their surroundings, observing with amazement and trying out obsolete educational objects and instruments that have been amassed in the main hall, transformed into a storeroom. They come across some black paint and begin making marks reminiscent of the Rorschach inkblot tests, once used as a solipsistic test to verify people’s impulses.

The video is thus the story of an intimate journey of discovery and consciousness. In the deserted hall of the Rome institute it resounds deeply, generating a sensation of suspension and profoundness that diverges surprisingly from the overall atmosphere of this biennale; triggering a reflection in which the concepts of urban fabric, education, growth and personal fulfilment are fused together.