Assembled and mixed by DJ Rupture with Sharifa Rhodes-Pitts, the second mixtape in the series focuses our auditory gaze on the sounds born out of the neighbourhood of Harlem. 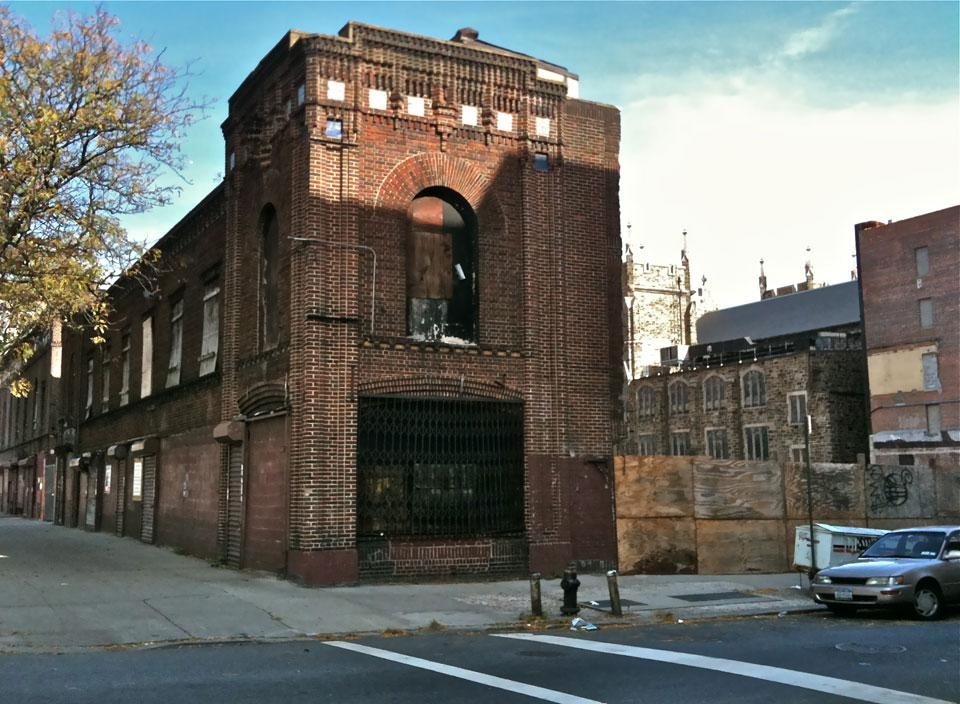 Once, a group of tourists were asked what came to mind when they heard the word "Harlem": some said "music" and the others said "riots." The connection between the two is a story for another time. This Harlem mixtape is born of our own free associations: For Rupture, Francophone songs sold by scowling Africans along 116th, or old soul and R&B memories being hawked alongside the now-thing bootlegs across 125th; for Sharifa, church sounds tumbling onto the streets and distorted strains of jazz heard from a boombox carted around by a wandering neighbor.

This mix is titled "Harlem Is Nowhere", after Sharifa's book which, in turn, borrows the phrase from a 1948 essay by Ralph Ellison. We decided not to limit ourselves to music made in Harlem; the book is in part concerned with the metaphorical power of the place, as well as what it means to live in a place that is a metaphor – "the Harlems of America," as the old saw goes. Excerpts from Harlem Is Nowhere are interspersed throughout the mix, along with African rap, disembodied phone calls, and Gil Scott Heron's time-damaged voice. (He made his debut with an album set at the black Mecca's crossroads: "Small Talk at 125th and Lenox.") Some of the songs are super-local: Timeblind's "Rastabomba" is built around a back-to-nature rant broadcast on a Harlem pirate radio station; others go far afield, like the elegiac atmospheres from Richard Skelton of Lancashire, UK. Certain songs reference Harlem directly, with Jennie C. Jones's sound collage, "You Make Me Feel Like 100 Billie Holiday Songs," evoking the speakeasies and buffet flats of West 133rd Street's "Jungle Alley," where the singer got her start. NYC rappers Das Racist play the dozens like nobody's business, and the panoramic storytelling of Seattle-based Shabazz Palaces conjured up one of the many vibes we've felt this neighborhood transmit over the years. We first arrived in Harlem through books and poetry and music; a Harlem of dreams. The street-level view came later. Listening to and walking through this city-within-a-city requires having one's ears to the ground and eyes to its expansive sky. If Harlem is a "nowhere" in the sense of a utopia, we hope to slip – via the music – into that location. DJ Rupture, Sharifa Rhodes-Pitts

The photo shows the remaining facade of the Renaissance Ballroom, a building erected in the 1920s by Harlemites expressing self-determination through enterprise by offering an alternative to segregated entertainment facilities. It was recently demolished by its owner, the Abyssinian Development Corporation, which advocated against having the historic building named a city landmark, in order to erect a 19-story condominium tower in its place. (Photo courtesy of Ulysses, of Harlem Bespoke).

Jace Clayton is an interdisciplinary artist who writes for publications such as Frieze magazine and Bidoun; as DJ Rupture, he hosts a weekly radio show on New York's WFMU, maintains a busy international touring schedule, and co-runs the Dutty Artz label.

Sharifa Rhodes-Pitts is a writer whose first book, Harlem Is Nowhere: A Journey to the Mecca of Black America, is the beginning of a trilogy on African-Americans and utopia.

A lively conversation between author Sharifa Rhodes-Pitts and designer V. Mitch McEwen of SUPERFRONT as Rhodes-Pitts discusses her first book Harlem is Nowhere: A Journey to the Mecca of Black America will take place on January 13 at the Studio Museum in Harlem, 7:00 PM - 9:00 PM.

Check out other sounds of cities mixtapes here