Gino Valle’s social housing complex was the poetic backdrop of a three days-long program of round tables, exhibitions and film screenings at the Venice Architecture Biennale. 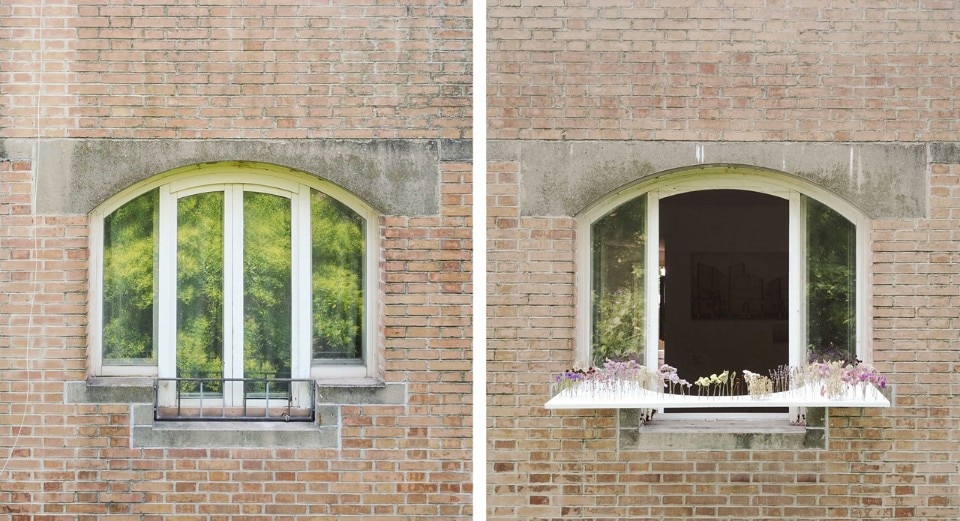 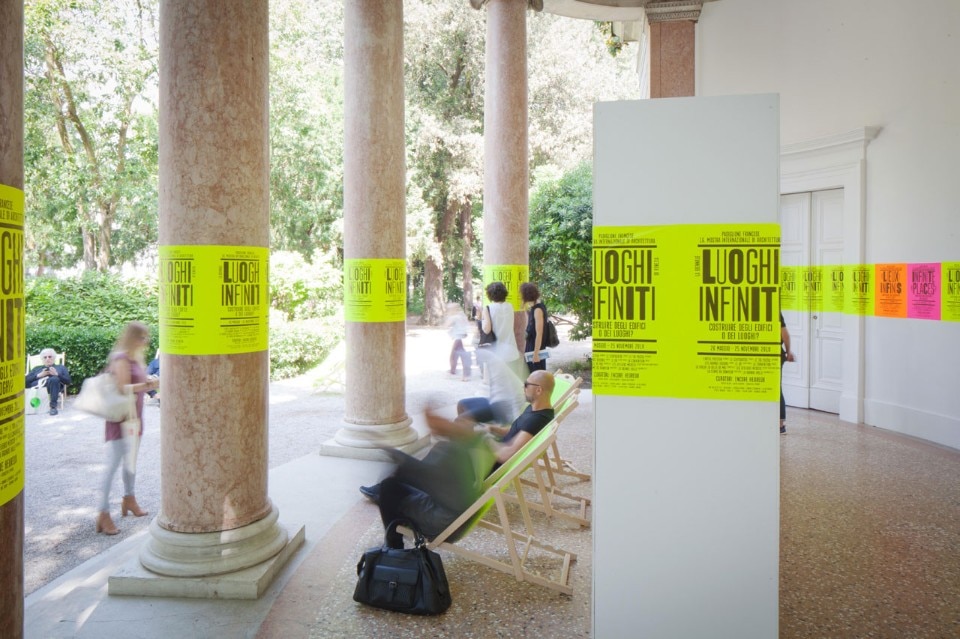 Fifty years ago, in 1968, The Venice Biennale, like many other European cultural institutions, entered a major crisis which led to the adoption of a 1973 law that forever modified the festival’s legal status, focusing, no longer only on arts but also on politics. Following that, and throughout the 1970s, the Biennale organised a myriad of events that took place in the lagoon and beyond: at the Magazzini del Sale on the Zattere, on the Giudecca, and even in Mestre and other places of the so-called “terraferma”. These events were meant to render the Biennale less elitist and closer to socially engaged initiatives the need of “ordinary” citizens.

Moved by a similar desire for a more “meaningful” type of exhibitions and with the aim of opening little known or overlooked buildings of great architectural values, young curators and scholars Daniel Munteanu, Davide Tommaso Ferrando and Sara Favargiotti had the idea of creating an Unfolding pavilion, running parallel to the Venice Architecture Biennale’s official program. The pop-up pavilion first unfolded in 2016, during the opening of the 15thInternational Architecture Exhibition of the Venice Biennale, in an AirBnB apartment located inside Ignazio Gardella’s Casa alle Zattere, an important monument of postmodern Italian architecture and a unique example of post-war architecture in Venice.

This year, for its second iteration, the Unfolding pavilion, invested one of Gino Valle Giudecca Social Housing’s  empty dwellings – the n.7 - a triplex unit accessible from the elevated walkway, with unique views over the lagoon and the historical centre. Built between 1980 and 1986 and composed of 94 units Gino Valle’s social housing complex, with its brickwork, echoes the nearby Mulino Stuky factory.“We discovered that there were between 15 (according to the inhabitants) and 9 (according to the City Council) empty apartment inside the complex”, says Davide Tommaso Ferrando. The unfolding team made an agreement with the City Council who gave them free use of the apartment during five months in exchange of taking full responsibility for refurbishing the flat.

After being refurbished, the flat was converted into a temporary gallery. It hosted, from the 25th to the 30th of May 2018, during the opening of the 16th International Architecture Exhibition of the Venice Biennale, an exhibition of works produced by members of the ’Little Italy’ project, a collaborative network of Italian architects all born in the 1980s. After the ending of the exhibition, the temporary gallery will be converted once again in one of the available social housing units, after five years of being unoccupied, and finally returned to the citizens of Venice as such. In a way, the Unfolding pavilion also serves as acounter Italian pavilion that “constantly fails to propose any kind of innovation.”

But the pavilion went beyond the walls of dwelling n.7 and unfolded across Valle’s social complex, using the commons spaces of the complex as the poetic backdrop for a three days-long program of public events: including round tables, discussions, film screenings.“We liked the idea of giving these events such a monumental and at the same time ordinary location”, commented the curator.  On the night of the opening, there was a debate on the role of the Biennale and of architecture exhibition in general. The next day, a discussion dedicated to architectural competitions. Another day, the preview screening of Democratic Spaces– a documentary on Gino Valle’s complex done by Studio Atelier XYZ and Davide Tommaso Ferrando. Finally, the last days, Beatriz Colomina came to discuss the role of architecture magazines.

Like any pop-up, the Unfolding Pavilion only lasts for a short but intense period of time. After closing its doors, its activity unfolds online with a continuously updated stream of content.

An original and refreshing initiative, the Unfolding pavilion is more than a critique of the Biennale itself. It is a critique of the market logics that govern the institution. “We find it more intelligent to invest 10.000 euros – which was the total cost of the whole operation – in refurbishing an apartment that will be given back to the Venetian community, than to pay 15.000 euros to the Biennale for the use of their logo” commented the curators.