This book by Léa-Catherine Szacka is a prodigious body of research tracing the path that catalysed a “decisive schism” in the architectural world: the conceptual shift from Modernism to Postmodernism. 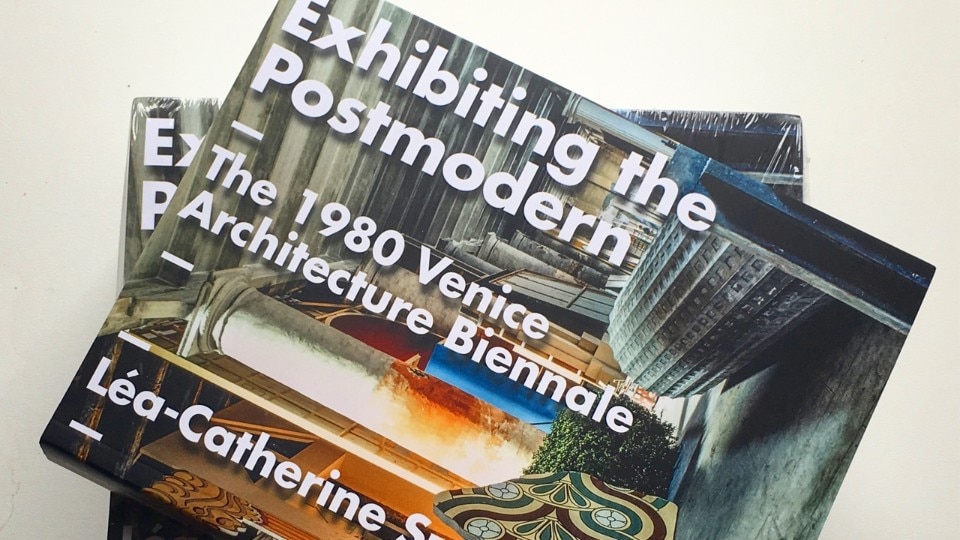 In an essay first published in El País in 1988 the Spanish novelist Javier Marías, like so many before and since, wrote of the eternal character of Venice. His remarks, pointed squarely at a particular slice of the gente per bene (the “true” Venetians) observed how, as part of the evening spectacle of “seeing and being seen,” “some ladies do rather over-adorn hands, ears and neck in their eagerness to outshine, well, themselves principally.” If you were to take a Saturday evening seat in the stalls of La Fenice, the city’s opera house, you might also observe this remarkable ability for certain Venetians to ornamentally disguise their age – and thereby achieve the same illusion of immutability that the city itself harbours.

Deceptively young, the origins of the Venice Architecture Biennale have been similarly blurred by time. It was on July 27th, 1980 that the first Biennale Architettura opened in the Corderie of the Arsenale, a long upturned vessel of space occupying the city’s former shipyards. Of this exhibition, which was known as La Presenza del Passato (The Presence of the Past) and curated by a young and ambitious Paolo Portoghesi, two images endure. The first, the Strada Novissima: a regimented street of façades symbolically addressing one another in resolute silence. The second, Rossi’s teatro del mondo: a pontooned theatre which in and of itself has passed into the pantheon of the spectacular.