Helbiz: who (and what) is behind the electric scooter craze

In just a couple of years they've conquered the cities. And it’s just the beginning: from technology, data collection and policy implications, to the use of drones in the near future. Here is the interview. 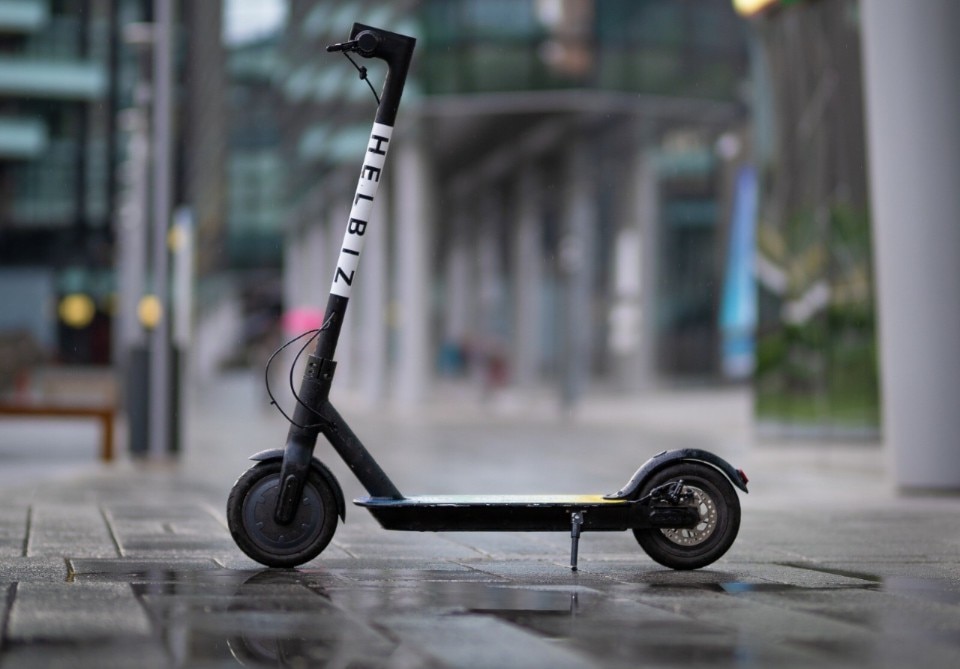 The craze for electric scooters in America was first addressed by the magazines most interested in the subtle link between the technological innovation and the changes in American lifestyles - and spending habits - at the end of 2017. And from that moment on, the electric scooter has conquered the world. But it isn’t the scooter as we know it in Europe: during those months, magazines like Quartz and The Verge have talked about a vehicle able to combine old and new: an electric scooter, no longer personal, but shareable. It only takes a few clicks on your smartphone, and you’re ready to go. The protagonists of this craze are companies like Lime and Bird: the latter, established only in September of that year, is still the fastest unicorn ever, since it was the fastest start-up to reach a $1 billion valuation. Thanks to these fantastic animals and the ever-increasing number of light vehicles that roam the sidewalks of Hollywood, Melrose and Venice, scooter-sharing has become the standard bearer of micromobility - an ecological and urban phenomenon, a new approach to transport so that at least the "last mile" of a trip to the city will be done with electric and light vehicles, e-bikes, battery-powered longboards and so on - and, a bit like surfing in the 1960s, starting from California, has rapidly conquered the world. "We first launched our scooters in the summer of 2018 in Los Angeles, as a test", says Salvatore Palella, born in 1987, Italian CEO of Helbiz, a company founded, he says, as a peer-to-peer car sharing service. "On average, 96% of personal cars are not being used. Therefore, we have created a service to rent them, which for now is only active in Hong Kong and Los Angeles". Then came the micromobility, which - as far as electric scooter-sharing is concerned - is now the main focus of the company that deals with the "shared mobility of tomorrow", as you can read on the website helbiz.com. “Actually, we are not particularly interested in Los Angeles: consider that Lime has more than 10,000 scooters parked on the streets right now". So, Helbiz came back home: today its scooters HelbizGo are present in Europe - also in Italy - and Singapore, where Helbiz had to come up with a special system, because you cannot park on the street. "A brilliant idea was born from this ban", explains Palella. "We've created parking areas for you to park your scooter. Every scooter has a Bluetooth receiver. In the area there are 4 Bluetooth readers, and here you can park the same number of scooters. There are 4 because sometimes the GPS makes a mistake of a few meters”.

People don't talk often about the technology behind electric scooters.
It's actually amazing. Then the supply chain in China is extremely complex, but management is really the most difficult thing. Unlike bicycles, a quick control and pumping the tires is not enough: Every day, scooters must be picked up, revised and taken care of. In Milan, where we have 500 scooters, there are ten punctured wheels, ten broken mudguards, many burnt control units and two destroyed vehicles a day, every day. That's why we build a team of 35 people in every city Helbiz goes. Unlike our competitors, we don't rely on users for maintenance, we use our specialists. We have a garage in every city: Madrid, Milan, Bordeaux and so on. There will be a garage also in the next cities, of course.

Are you planning on reaching many new cities?
The plan is to reach a total of 20 cities by summer. Also, in the Arab Emirates and Antigua.

Did you really go from scooters to drones?
Two years ago, we made a trip to China, and the drone was shown to us by a manufacturer. We asked for exclusivity. We started in a small state, Antigua, where the prime minister is a young guy really keen on technology. The island of Barbuda was razed to the ground three years ago by a hurricane. Hundreds of thousands of dollars have been invested in building new resorts, but the government has been demanding to stop helicopter movements, which are a problem for the recovery of flora and fauna. And so, we have introduced our drone, which has sixteen electric – therefore non-polluting - motors, and vertical take-off. Everything is remotely controlled from Shenzhen, with stored route. There will be ten drones, safe and tested at a height of one hundred meters above sea level. It would be a cool thing to also have in the city: think of a drone flying from Malpensa to the roof of one of the new skyscrapers.

How many people are working in Helbiz?
About 120 worldwide, 30 in Italy. Many things are changing. Many companies that take care of the maintenance of the scooters are being established in the cities. In Spain we have local partners. And then, for the small towns that we will never reach, we give the opportunity to buy a bunch of scooters to those who want to open a Helbiz service on site. Capri, Sorrento and Como are just a few examples of interested cities.

Let's go back to Europe and to scooters. How is the situation?
Micromobility is now widely accepted, even though in a different way in each place. Italy, I am sorry to admit it, was the last, for a matter of bureaucratic slowness. The only place where there are no scooters is England, because of a law made by Churchill 83 years ago. The Germans had built a motor scooter to make the soldiers move faster. They kept them in their tanks, like today's rich kids that keep their scooter inside the SUV.

You started out in Los Angeles, a gigantic megalopolis that has always been associated with the use of cars. Does micromobility make sense in a city like Milan, for example?
Absolutely. The average use in the United States is 21 minutes. Here about ten minutes. In Milan, in ten minutes you can reach the other side of the city, and you can get anywhere.

But European roads are certainly not the American ones...
We made some much-needed changes to the vehicle: we changed the wheels to optimize road holding and in general we continue to optimize the product and constantly update it. The response from the Italian public has been exciting.

On Facebook - when Facebook was still going great – people used to share a photo of Ofo, the now failed Chinese bike-sharing service, after it had just arrived in Milan: there were bikes abandoned everywhere, from the supermarket to the Navigli. Aren't you afraid that it will also happen to scooters?
We don't just put our bikes on the road and the next day see how much money we made. It doesn't work like that. We'll have a repositioning team. Also, you must balance the presence of bikes between centre and suburbs. Ofo had 4000 bicycles in Milan and a total of 6 employees. We have about one person for every hundred scooters. We need a backend: technological, first of all. Ofo's technology, for example, only recorded the position of the bike at the beginning and at the end of the route. We, on the contrary, record the entire route. We do it to follow our customers because at the end of the week we have a map that helps us understand how the service is being used and what we can do to improve it. We have a sophisticated artificial intelligence system, built by 30 people working for us in Belgrade so that we understand where to place the scooters.

Do you only use this data, or do you share it with the municipalities?
In Los Angeles the first thing they asked us was our data. It would be very useful here in Italy, but no one has ever asked it: and these are some things that we would share without any hesitation. They will have to keep up with the times and evolve in the organization of a more technologically advanced city.

What can cities do to facilitate micromobility?
Apart from stopping using cobblestones? (laughs) The problem here is simple: there will be a lot of competitors and therefore there will be overcrowding. Although you can't chew a chewing gum freely, Singapore is ahead of times with so many other things. We will need a city regulation. And in Italy it will be a problem because local authorities have very limited power. Tomorrow the County of Los Angeles could ban the scooters. Regardless of the federal government. In Madrid, the city council has decided to authorize the scooters, while Barcelona has done the opposite.

So, what do you see in your future?
The idea is that Helbiz will cover various travel needs with different means of transportation, from scooters to drone taxis. In the next twelve, eighteen months the focus is mainly on electric scooters. Also, because they are the most profitable.