Now completely abandoned, the Enel Summer Camp in Riccione, designed by Giancarlo De Carlo and photographed by Alessandro Piredda was a colony suitable for children, very different from the “control structures” built along the Italian coast during fascism. 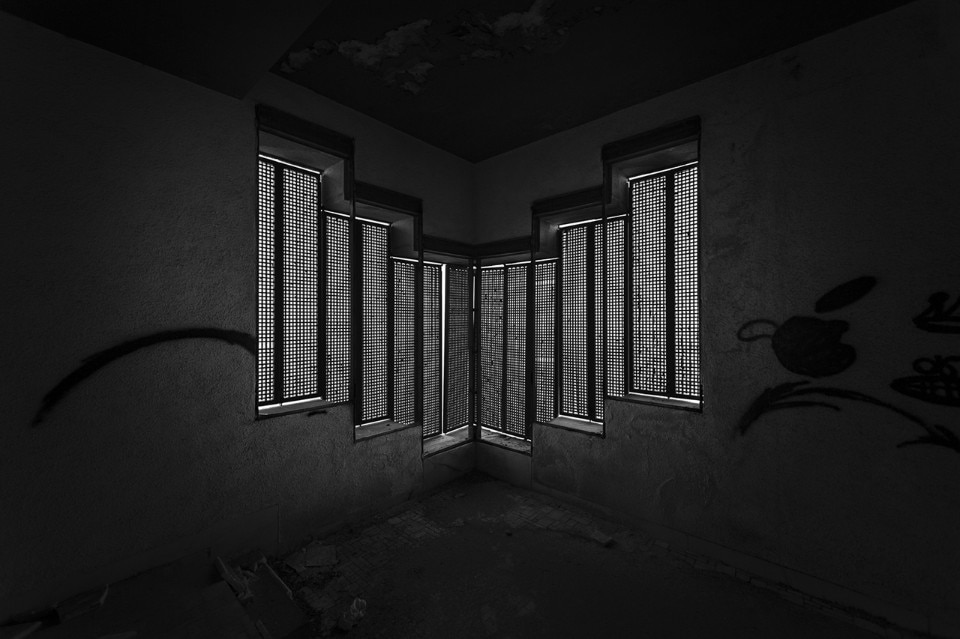 Share
The marine summer camps were born in the second half of the nineteenth century and were characterized as areas of defense and protection from the dangers that the new industrial civilization represented for children at that time.
The concern of the fight against tuberculosis is expressed in architectural forms designed to accommodate children during summer, keeping them in close contact with the air and water of the sea (marine hospices).

In the years between the wars, the social role of architecture given by the fascist regime is revealed even in summer camps. The marine hospices are replaced by architectural forms designed to exalt the primacy of rigor, control and discipline. After World War II, with the end of fascism and the spread of antibiotics in the fight against tuberculosis, the architectural style of the marine colonies changes again, formerly authoritarian and oppressive becomes more participatory.

In this context fits the  ENEL summer camp in Riccione, designed by Giancarlo De Carlo. A work not very well known in the production of the Genoese architect, the building is part of that trend in the fifties and sixties it focuses on the architectural representation of the child’s participation in the life of the summer camp itself.

The organization of the volumes in the plan definitely breaks the unitary and autoritarian character of the previous architectures of summer marine camps and with most of the same period. Thus a summer camp suitable for children is outlined, conceived, designed and built keeping in mind the social issues that cohabitation required inside and outside the building. Although it remained active until the nineties, the changes in holiday habits that the consumer society has imposed from the 80s onwards, have relegated this significant architectural work to absolute abandonment, like most of the summer camps in Romagna.

In recent years, various organizations and private institutions have made efforts to avoid a possible demolition of the ENEL summer camp, which in 2005 was included in the Register of the works of quality architecture of the late twentieth century in Emilia-Romagna. These photographs show the current state of architectural decay prevailing in today artifact and represent the first step in a project that targets the iconographic survey of some of the most significant marine summer camps, at architectural level, of the Romagna coast.

Alessandro Piredda was born in Riccione in 1974 and lives in Portoverde of Misano Adriatico in the province of Rimini. After studying at the Albe Steiner Ravenna Art School, and at the DAMS Bologna, he specializes in sports photography. Currently focuses his camera on landscape and architecture.