With Colosses Fabrice Fouillet asks himself how the monumental commemorative statues can fit in the landscapes, despite their excessive dimensions and their symbolic and traditional functions. 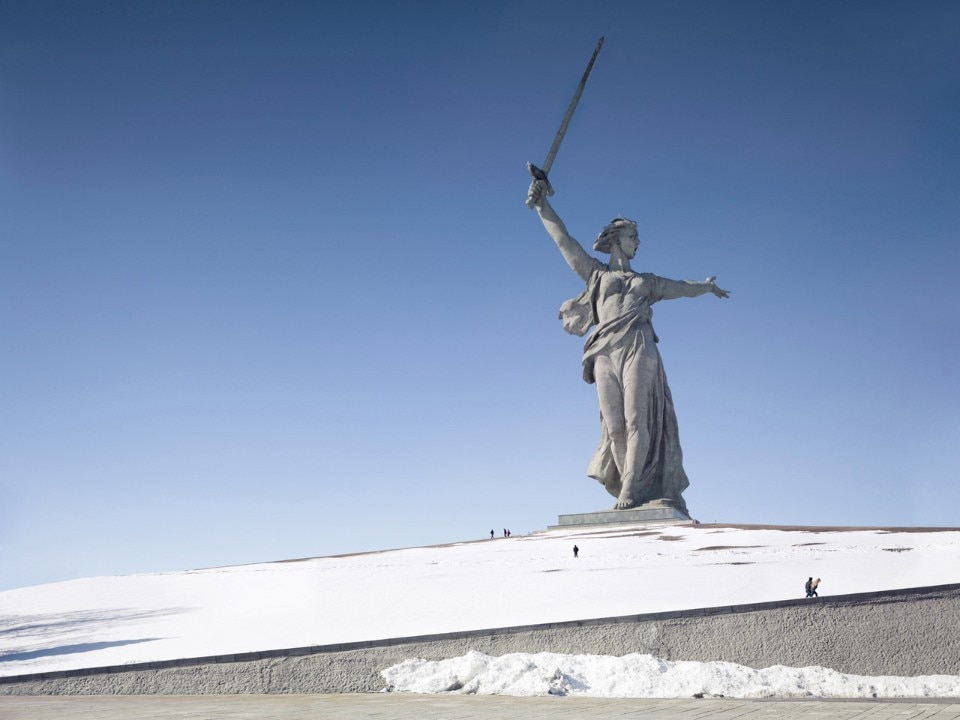 Share
Statues are often idealized works of art, ideological, political or religious representations, and turn their subjects into fascinating eternal figures.
Once erected to keep alive the memory of a particular person or event, in a given culture, it lasts through many generations and establishes itself a symbol for the community.

Statues are even more influential when they are outstanding. According to Fouillet, an edifice can be said to be monumental when it is unusual, extraordinary. It has to be abnormal, as exceptional as the political or religious power itself, also inseparable from its symbolic aspects.

The series Colosses is a study of the landscapes embracing those monumental commemorative statues. Although hugeness is appealing, exhilarating or even fascinating, Fabrice Fouillet was first intrigued by the human need to build gigantic declarations. Then, he asked himself how such “works” could be connected to their surroundings. How can they fit in the landscapes, despite their excessive dimensions and their fundamental symbolic and traditional functions?

Fouillet choses to photograph the statues from a standpoint outside their formal surroundings, and to favour a more detached view, watching them from the sidelines. This detachment enabled a wider view of the landscape and to place the monuments in a more contemporary dimension.

Human figures appear sporadically and confront their own insignificance to the greatness of symbols. The physical relationship to the statue’s surroundings explicitly recalls the spectator’s body and its integration in time. Thus, the characters are reduced to miniatures and emphasize the disproportion.

As a wave of “statuomania” swept over the world in the 1990s, many huge statues were built.  Most of them are located in Asia and represent the Buddha. The world’s highest statue is under construction in India. It will honour the independence hero Sardar Patel. Thanks to the millions of dollars invested in it, the statue will reach 182 meters.

Fabrice Fouillet is a French professional photographer based in Paris. He first studied sociology and ethnology, then photography at the Gobelins school in Paris, and specialized in still lifes. He regularly works with many magazines. His out-of-studio approach aims to explore the close relationship of men with their environment. In 2013, his series on new places of worships, Corpus Christi, won the Sony Awards in the category “architecture”.