Brexit: how will it affect architecture?

What Brexit means to architecture practices: benefits and uncertainties of a historical moment told by the Director of London-based David Kohn Architects. 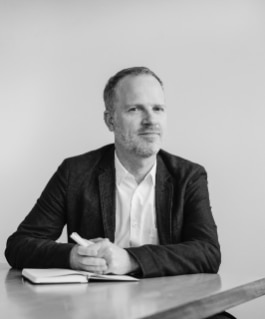 British voters gave the Conservative Party a resounding majority at yesterday’s general elections, that were widely billed as the most significant for a generation. The issue of Brexit dominated the proceedings with the main political parties offering three stark choices – Boris Johnson’s ‘Get Brexit Done,’ Labour’s plan for a second referendum and the Liberal Democrats’ declared aim of revoking of Article 50 and effectively cancelling Brexit.

The fact that the Conservative Party’s majority has been so great in part must reflect the population’s desire to see an end to recent parliamentary stalement and for the national debate to move on. Whether the size of the mandate delivered to Boris Johnson will allow him to strike a more conciliatory tone with Europe and deliver a softer Brexit is a question many pro-Europeans are now asking themselves.

For UK architecture practices, as for much of the country’s business community, Brexit has caused a great deal of uncertainty which seems unlikely to abate in the immediate future

For UK architecture practices, as for much of the country’s business community, Brexit has caused a great deal of uncertainty which seems unlikely to abate in the immediate future. First, a slowdown in investment in UK development has led to a drop in architect’s domestic workload in certain sectors. Second, there is ongoing uncertainty around the impact on British practices working on the continent due to potential changes in the regulatory framework which has stalled inward investment. Third, perhaps most worrying, the hostile rhetoric around migration has deterred European talent from looking for work in the UK, which has affected recruitment and is creating a skills shortage.

Even so, British practices have continued to win significant projects across the continent, with the likes of Sergison Bates and Carmody Groake picking up work in Belgium, France and Germany in recent weeks. My own practice has been working in Germany and Belgium over the past two years and secured repeat work from clients even while parliament was voting on whether or not to pursue a no-deal Brexit. This seems to tell a very different story, with clients and local collaborators continuing to see the benefit of working with British practices despite the political climate. This raises the question, in turn, of British architects’ motivation for working in Europe, and the cultural legacy we want to cultivate.

The first time I had an opportunity to speak publicly about Brexit was at the ELISAVA school of design in Barcelona in July 2016, a month after the referendum. I remember feeling a powerful need to let my hosts know that I was a grateful guest. I opened my talk with a slide of the remain campaign’s logo. The project I then presented was an apartment in Barcelona’s Gothic Quarter, a short walk from the lecture hall. An important part of our design was a floor of triangular tiles that borrowed the geometry of the adjacent public space, Plaça George Orwell. When we designed the scheme in 2013, we had certainly enjoyed Orwell’s memorial being so close, and the possibility of weaving a history of British-Catalan collaboration into the project. However, in 2016 the significance of Orwell’s time fighting Fascism along Las Ramblas seemed that much more poignant.

The Barcelona apartment brought us to the attention of German developer, Stefan Höglmaier of Euroboden, who invited us to take part in a housing competition in 2018. Our winning scheme, in collaboration with local a practice, Nord Studio, drew inspiration from Hermann Muthesius’s, Das Englische Haus, arguably the greatest account of pre-modern English domestic architecture, written by a German. We proposed a form of Berlin housing block that was nonetheless shot through with English domestic architectural flourishes. Similarly, our subsequent Berlin offices for Euroboden were inspired by Sir John Soane’s Museum, and brought some of the playful, ambiguous quality of Soane’s interiors to a grand Belle Epoque mansion in Kreuzberg.

In Hasselt, Belgium, where we are collaborating with a local practice, Bovenbouw, on the repurposing of a historic beguinage, our previous work on creating quads for New College, Oxford, helped us convince a jury that a radical reappraisal of the site was possible. Dirk Somers of Bovenbouw summarised the attraction of British architects to local commissioners as being “an understanding of the mix of adventure and discipline necessary when making a city”.

Despite the damage that Brexit is doing to UK PLC, the ongoing collaborations with continental practices and patronage by clients only serve to reinforce the sense of a cohesive European architecture culture in which British architects can continue to play an important role. Beyond trade, these encounters are profoundly affecting in terms of cultivating respect for others and recognising and reciprocating hospitality. The stories these opportunities generate can be a salutary reminder of how Britain must remain a hospitable country that’s able to make others feel welcome and allows them to thrive. Whatever the short term political situation brings, these qualities should be non-negotiable and will always be worth fighting for.

David Kohn is Director of London-based David Kohn Architects and a Diploma Unit Leader at the Architectural Association.