Louis Vuitton, baroque capitalism and the end of the world

What future awaits us in a world dominated by the need of accumulating material goods? 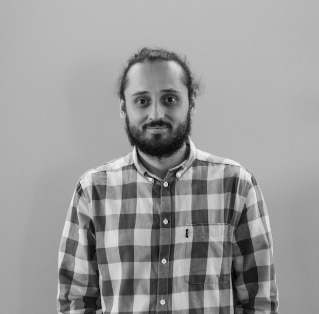 Objects define who we are since we own them and they differentiate us from others. I own this, and you don’t: This simple fact differentiates me from you. But objects also define us in another way: they influence us, we own and consume them.

When we become the owner an object - whether we buy it, find it or steal it - not only become we the owners of its form, its material and the things it allows us to do, but we also get its immaterial dimension, all the sensations and emotions that it makes us feel, and all its intangible and intrinsic qualities.

After all, the English word ‘brand’ indicates the way of giving a certain differentiating quality to an object, thus transferring in it a certain value that can be transmitted. This transmission of qualities happens only if there is a relationship between the object and the consumer. Because we consume objects: meaning that by using them, we wear them out and, by owning their qualities, we decide how we want others to see us.

If I owned the Louis Vuitton Ping Pong Set James (retail price: £1,400) what would this fact say about me? What kind of person would I be if I also owned the Louis Vuitton Christopher Jump Rope (retail price: £410.00) or the Jenga Set (rumoured to retail at around £1900) that the French fashion house announced at the end of February?
I will leave to you the difficult task of making a hypothesis on the type of person you would think I am, if I only had enough money to afford these kinds of accessories. Yet the question I would like to answer is another one. What aesthetic would I consume if I could own these objects? Does it have a specific name? Is it possible to trace its history? And what are its characteristics?

Created by the American fashion designer Virgil Abloh, the Louis Vuitton Jenga Set is another example of a trend that has been going on for many years now: transforming everyday industrial objects into luxury products. The Jenga Set is composed of 54 coloured plastic blocks stacked in 18 layers of three blocks each; inside of a clear plastic carry case. The colours of the pieces fade from a blood brown at the bottom to an aquamarine blue at the top.
I observe it just as if I were observing a mineral fallen from the sky. This object exudes an icy and glamorous vibration. I suddenly remember a quotation: “ice on my wrist, bling blow”. This is a piece of lyrics from Bello Figo Dark, a song from “The Dark Album” released in 2016 by Dark Polo Gang, a trap band from Rome.

At the time, there was four of them, plus producer Sick Luke. Today there are only three of them. If you follow X Factor Italy, you are likely to have seen them on television. It is hard not to notice them. In their music videos and on stage they wear dazzling outfits, so expensive and overdone as to make them look like quite the boors. During an interview, Tedua, another rather famous trapper from Genoa, once defined their style as "baroque", and no one ever objected.

If they were ever to post an Instagram Story in which they are playing with the Louis Vuitton Jenga Set, I would not be surprised.
This object, so ordinary yet unaffordable, is likely to be quoted in one of their songs. In fact, a good share of Dark Polo Gang's poetics oscillates between the claim of an authentic and genuine street experience and the ostentation of everything that stretches up to the Empyrean, following the vertical line of a skyscraper's wall, up to a penthouse at the top of the Trump Tower.

The subprime mortgage crisis represents the event that built the collective imagination during the years of the Obama administration. As it happened after 9.11, also during that period people were under the impression that the world as they knew it was going to end. Capitalism’s capacity to contribute to global wellbeing was being questioned.

The future unveiling in front of the new generations was scary: the threat of terrorism was plunging the world into a state of perpetual war and the work world was progressively losing stability as the new key words became job insecurity and relocation. At the same time, climate change, even though it was already beginning to produce many catastrophic events, still appeared to be a reversible dynamic.
Faced with this scenario, capitalism felt the need to adapt in order to survive, rather than to fight its inevitable teleology, in order to continue existing and controlling everything.

That’s how minimalism was born. Since they would be forced to live in increasingly smaller and more expensive homes in order to still afford to go to the places necessary to compete in the labour market, the millennials, i.e. the generation born in the eighties, would have preferred access over possession, they said. Being able to access all human cultural production available, anywhere and almost instantly, was the great promise and challenge that Silicon Valley launched at the old and limited structures of hierarchical power.

Apple aesthetic – such as iPods, MacBooks and iPhones - was the new horizon. A smooth, polished, flat, edgeless, harmonious, peaceful horizon. A horizon that in Europe took the name of “austerity” and ended up just like a shattered window of an electronics store during the 2011 England riots. The Millennials had realized that their sacrifices would not bring any redemption to the planet and had rediscovered the thrill of taking back what was theirs. Capitalism was not over. The world had not changed. Oppression had simply been reshaped along new trajectories and recoded into new forms. And that’s from those transformations and recodings that the radioactive hair of Donald Trump emerged.

Peter York is a cultural commentator who has spent a lot of time investigating the stylistic elements that the homes of all the great dictators of our time had in common. He collected his observations in a volume entitled Dictator Style: Lifestyles of the World's Most Colorful Despotes. According to York, home interiors indicate how their owners want to be seen, how they connect with people and also their cultural backgrounds. Dictators' houses were not built to be lived in, nor to become a hideout in which to withdraw from the world with their loved ones. Instead, they are an architectural and artistic means to show the power of those who live there and impress those who visit them.

After having discovered the elements that characterize the "dictatorial style", York has compiled a kind of decalogue which includes the external dimensions of the buildings, enormous and out of scale; the contemporary reproduction of ancient styles; a constant reference to France and the decoration of large hotels as epitomes of luxury; expensive materials, in particular gold, glass and marble. Then there are decorations and accessories: they are also large, - hinting both at antiquity and at the most absolute novelty at the same time - always excessive, even fantastic. Or fierce, like the many statues of wild animals that seem to be a constant presence in the homes of despots.

All these elements, as the author explained in an article published in April 2017 in Politico, are also part of the aesthetic taste of Donald Trump. Dictator chic: this is how York defines the style of the magnate who became president thanks to his promise to give back to the United States their supposedly long-lost greatness.

It is from this observation that Toby Shorin, in an essay published in Subpixel Space, has elaborated the aesthetic category of "baroque capitalism". The intention is to try to trace the boundaries of a style that is pure physical manifestation of money, a style that rejects the formal constraints of modernism and replaces them with a huge amount of forms, so complex and exaggerated to become, in the end, just monstrous.
Shorin brings, as an example of the highest degree of this trend, the "sublime" architectures of Mark Foster Gage, so baroque as to suggest even an art nouveau style.

Baroque capitalism is therefore the aesthetic which allows the unchallenged domination of capital to best express itself, presenting itself at its highest level of accumulation, as pure generative and expressive force, freed from all constraints and constrictions

“Baroque capitalism" is therefore the aesthetic which allows the unchallenged domination of capital to best express itself, presenting itself at its highest level of accumulation, as pure generative and expressive force, freed from all constraints and constrictions.
This a line of development that reminds of the varpowave sensitivity, a musical and aesthetic phenomenon that reinterprets the 80s and 90s style in an ironic, detached and empty way, which is typical of the internet culture. Using physical manifestations of capital as an expressive tool is, according to Shorin, destined to become the aesthetic horizon of reference for the near future. But what kind of future awaits us, in a world dominated by the ever-growing importance of physical manifestations of capital?

Playing Jenga among the ashes of our planet

The aesthetics of "baroque capitalism", with its ever-growing forms, poses an obvious problem of sustainability. Being a manifestation of the infinite accumulation of capital, this style cannot but clash with the physical limits of the world within which it expresses itself. This contrast shows itself in our ability to shape the environment around us with the same magnitude as a natural phenomenon.
It is no coincidence that, despite the heated debate that the definition has sparked, the term "Anthropocene" is now often being used to indicate the era in which we live, an era in which humans’ ability to alter the planet is becoming increasingly evident.

The Anthropocene, as the philosopher Claudio Kulesko explains, is speculative horror. This means we're being challenged to create a world that does not include us, that is exempt from our presence.

What will then become of us, once the forms of physical manifestations of capital will have invaded and covered the entire surface of the planet? We will have no choice but to transform into inorganic matter, grey mud or ash. We will be both fuel and residue, actors and subjects of that incessant consumption that we don’t know how to stop.
And finally, once there will be nothing left, the Louis Vuitton Jenga Set will mockingly rise from the ashes of this planet, a motionless and sparkling witness of the absolute triumph of luxury over life.