The crisis of “public good” in architecture

The crisis in the very definition of ‘public good’ in architecture today and the meaning of work of public sector architects and planners. 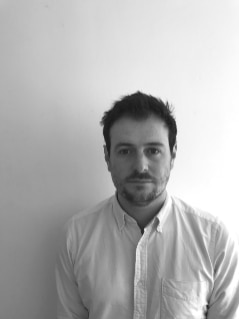 Decades in the future we may look back at today’s political convulsions and see them as the symptom of a major shift in our political and economic framework, of one system replacing another. This last happened in the 1970s, as the social democratic politics of the post-war era were superseded by the free market doctrines of what is often called ‘neoliberalism’ – the system that’s now seemingly unravelling.

The shifting political and economic mood of the 1970s was arguably felt more strongly in Britain than anywhere else, where architecture and urban planning becoming a lightning rod in the ensuing debate. To many people, nothing was more symbolic of the new order that had quite literally emerged from the ruins of the Second World War than the products of the many local authority (public sector) architecture offices. When the tide turned against the policies of that era, architecture and urban planning became an obvious target.

So total was this transformation that from a high point of 49% of architects working in the public sector in 1979, the proportion stands at just 0.7% today. However, in a reflection of the changing political climate in Britain, there are currently moves afoot to reverse this. One of the most prominent is Public Practice: a ‘social enterprise’ (not-for-profit) set up in 2017 and backed by the Mayor of London, which ‘aims to increase the built environment expertise within local government’ and in doing so ‘transform the status of public service, and support those working within it to lead the way.’ The scheme essentially operates as a placement programme, with architects and designers working in a local authority for a year, where they advise on, and advocate for, better urban design.

Since being established, Public Practice has attracted widespread media attention (perhaps rather more than is warranted by its impact), as well as interest in expanding its network from Stockholm, New York and Sydney. Clearly, its bold assertion that ‘no role is more influential in shaping the world around us for the public good’ than that of the ‘public planner’ has captured the spirit of the present moment, and, in Britain at least, reflects the increasingly fashionable view of the post-war years as some kind of golden age.

The reality is that ‘public good’ in architecture is not determined by whether an architect is working in the private or public sector. What matters is the values driving the project, and how the architect interprets them

The reality of that era was, of course, rather different. While the policies of nationalisation of key industries and state intervention did for a time deliver economic growth and improved living standards, the top-down, technocratic nature of their administration ultimately sowed the seeds of their own destruction. This was felt no more strongly than in architecture and urban planning.

For many public sector architects and planners the very fact that they were working for the public led to the belief that their work was inherently for the ‘public good’. However, a quick glance at the legacies of that era, especially in urban planning – think of the number of cities across Europe and the US scarred by multi-lane motorways through their urban core – points to a rather different conclusion. ‘Public service’, to use Public Practice’s terminology, did not always equate with ‘public good’ then – and there’s little reason to believe that it should now.

What this trend actually reveals is a crisis in the very definition of ‘public good’ in architecture today. When almost all architects are working at the behest of private clients, it understandable to cleave to notion that if you are employed by the ‘public’ what you do is by definition for the ‘public good’. Yet to do this is to fall into the same trap as the neoliberals – seeing the relationship between the public and private sectors in black and white terms – just reversed.

The reality is that ‘public good’ in architecture is not determined by whether an architect is working in the private or public sector. What matters is the values driving the project, and how the architect interprets them. The problem with the likes of Public Practice is the somewhat patronising assumption that only the public sector can think in terms of the ‘public good’, and that creating high quality places to live and work never crossed the mind of a developer.

At the same time, it once again brings to the fore the limitations of the public sector, aiming in its own somewhat pompous words to tackle ‘grand challenges facing society’, yet by being focused on one municipality always too parochial in its outlook. Indeed, the whole endeavour comes across as far too much a product of a peculiarly British – even London – situation, and would do well to absorb lessons being learned elsewhere, from the IABR ‘Collective Strategies for Energy Districts’ in Rotterdam to Los Angeles with its new ‘Chief Design Office’. While there is certainly a place for the public sector architect, those seeing it as a panacea should be careful what they wish for.