The city and its future: models to be changed, challenges to be won

If we look at the cities of today, we are struck, on the one hand, by the dynamics which concern the relationship between these as part of the more general urban system, and on the other, the active processes that lie within. 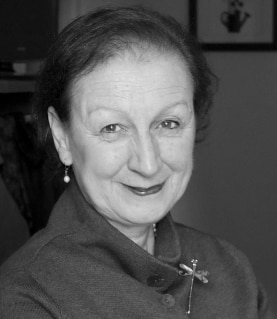 We will begin by examining inter-city relationships. The first dynamic that we see is one of competition: cities compete with each other to attract investments, as they do not place much trust in models of endogenous development, based on local strengths, but look ever increasingly to models of development concerning investments, technology, material and immaterial resources from outside. This is a model of development which privileges policies that favour the attractiveness of a city. However, it is also a model which creates victors and victims, a zero-sum game between cities which emerge and cities which don’t, and which fall into decline. If we look at Milan, we see a city experiencing growth, which is currently a winner on the European panorama. We have a population which is experiencing growth after years of decline, with the entry of 50,000 young people who have come to Milan, perhaps to attend university, and who have then decided to stay because they have found jobs; or we can consider the 8 million tourists who visited the city last year.

However, these successes seem to me to be due more to policies that have improved the quality of life of the citizens, offering new possibilities, rather than any policy regarding attractiveness. In other words, the Milan model seeks to hold together development and social inclusion, without sacrificing its traditional attention to less well-off sectors of society in the name of competition. The dynamics of competition tend to increase the differences between cities and territorial unbalance, when on the contrary it would be opportune to promote growth which creates benefits distributed to the entire social system, both urban and non.

Moving on instead to the internal view of cities, the first important dynamic that we see concerns the changes in the social structure of individual cities. I am referring to the growth in inequality and social polarisation, a result of economic globalisation. This is a dynamic which mostly concerns large cities in general, and - among the cities of Europe – those in Italy in particular. We should remember that our country has one of the highest levels of social inequality in Europe. If, as Bertrand Russel said, social cohesion is a necessity, it is hard to see how a city can remain cohesive when faced with such levels of inequality. These in fact produce the potential for conflict and disruption which cannot be underestimated as it undermines the fundamental conditions for all forms of development. The great challenge is therefore to combat the processes which create inequality with policies that, on the one hand protect the most vulnerable social groups, and on the other, preserve the middle class, which has been impoverished and reduced.

An intelligent management of employment, investments in public assets such as education and health, for example, but also the management of water, as called for by the movement calling for the re-municipalisation of water management companies from Paris to Naples. This is a movement which is also looking to other services, and which is gaining strong consensus in many cities. With regards to Milan, keeping a form of employment in the city which is not de-qualified and which can attract what is known as the creative class, the talents, means focusing on the well-being of its citizens and encouraging innovation in the sectors of design, fashion and advertising, as well as a number of cutting-edge technology and bioscience sectors, in such a way that these talents remain in the city and come to Milan, instead of moving to other European cities. Producing a diverse form of development which is more balanced, and which creates more employment means choosing a model which gives space to social innovation, or rather to all those practices which are the result of the actions of groups of citizens and small-scale entrepreneurs which respond to requirements that the State, with the reduction in welfare and policies of austerity, are no longer able to satisfy. This is a dynamic which is driven, in particular, by the institutions of the European Community, leasing to significant activity from that which is known as civil society, in other words mechanisms of grass-roots entrepreneurship for semi-voluntary work as well as actual employment.

Read more about domusforum 2018: The Future of Cities

A second dynamic that we can observe, and which is to be combated, is that of the progressive disengagement of the place in which we live and the consequential disengagement from community life. In other words, we can say that we are losing our sense of belonging to a community and of the sharing of symbolic and immaterial resources which this leads to. We may belong in a multiple and virtual sense to communities of practices, but these cannot compensate or protect us from the sense of solitude and isolation from the place in which we live. The belonging to a community and the resulting solidarity that this results in are, on the contrary and above all in this era of globalisation, necessary elements for the construction of solid identities and the reduction of uncertainty. It is a process of a weakening of radication which concerns everyone but which is particularly strong for a number of social groups: while on the one side there is a new transnational and cosmopolitan elite which lives a multi-location existence and therefore tends to be poorly rooted and totally disengaged from the local community, on the other we have immigrants and the new poor, who are denied those rights as citizens to fully participate in civil life and to feel part of the community. Constructing or receiving a sense of belonging to, and inclusion in, the community, creating involvement, building a city in this sense, is therefore a fundamental step in avoiding the disruption of social, as well as economic, fabric.

The third dynamic concerns the progressive differentiation of the inhabitants of our cities. The need for integration is nowadays rendered more complex by the presence in our cities of ever-increasingly heterogeneous populations which differ in terms of culture, religion and lifestyle. Diversity has always been an attribute of urban life and its intrinsic vocation for innovation and creativity, but we are now witnessing a growth in negativity in this regard, and politics is unable to resolve the problems of inequality, fragmentation and segregation that accompany diversity. The search for balance comes with the application of measures which focus on the benefits derived from living in cosmopolitan and multicultural cities.

Lastly, it is not possible to speak about cities and their future without examining the theme of their sustainability over time. The cities of the world currently consume 80% of global energy resources and produce 75% of CO2 emissions. The success of efforts focused on sustainability will be gauged in the great metropolises, where an estimated 70 to 80% of the population will be living by 2050. Sustainable urbanisation requires compact development, oriented at public transport, the reconversion of spaces, environments suited to pedestrians and cyclists, the inclusion of ecological objectives and criteria in government guidelines and policies. We therefore need new models of development and wider frameworks to orient policies which bear in mind the challenges of sustainability.