Photoessay. Nightclubs in the sunlight

200 photos of French nightclubs by day. Afterparty is a collection of the photographer François Prost with a nostalgic tone. 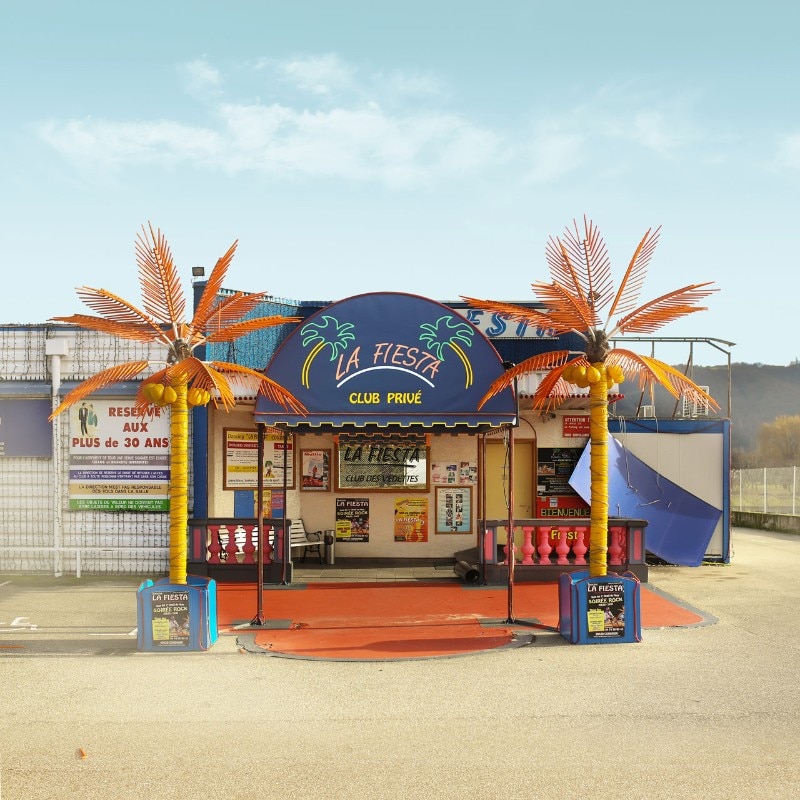 Afterparty is a photoessay of the photographer François Prost who immortalizes the facades of the discotheques by day, on show in Paris (with other photo collections) at theSuperette Film Production Gallery. Clubs are seen not in the artificial lightt but in the natural light of the sun, which cancels the peculiar attributes of nightlife: the neon and other sulfur aspects of the night. Nightclubs appear as buildings in peri-urban or rural areas, in the middle of industrial sectors or beet fields in the province. There is a touch of nostalgia that gives way to the day, in which the discos seem aliens. There is also another form of nostalgia: discos outside the built-up areas for how long will they still exist? So that this photographic collection, which began in 2011, also becomes a documentation of the entertainment places of a historical era. The series is intended to pay tribute to the designs and decorative visual codes used by these places. The photoessay is composed of 200 photos, collected around the whole of France. The project was awarded the Fidal Youth Photography award and was exhibited at Villa Noailles in 2017.

Read also: Photoessay: Agnese Tamburrini portraits the votive kiosks in Naples
Sign up for our newsletter and get domus in your inbox
In this gallery: Afterparty, photoessay on French nightclub by François Prost
01 / 12
Share
Pin it