Archive Alive is the result of an artist residence of the photographer Ramak Fazel at Pejman Foundation: Kandovan in Teheran that involved the residents in a workshop. 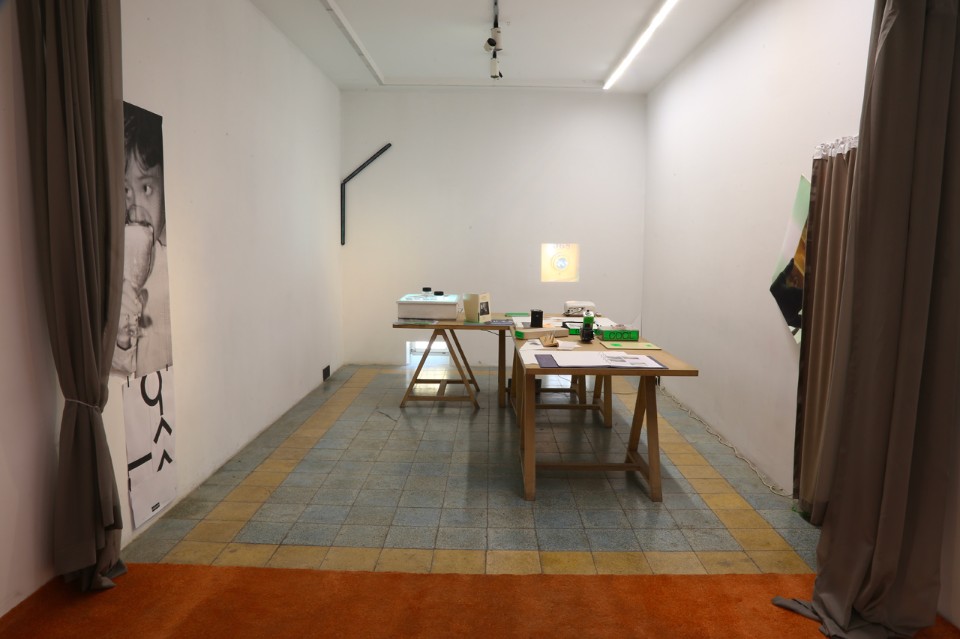 Ramak Fazel is a photographer, this is the role that brought him into contact with Domus, collaborating with the magazine on many occasions. But in this case, it is the person behind the profession which justifies his residency and workshop that he is currently holding at the Pejman Foundation: Kandovan, Teheran, curated by Sheida Gomaschi.

Fazel is a typical example of a multifaceted identity that is the result of having lived in at least three countries – Iran, Italy and the United States – beginning from scratch every time. Constructing an archive remodels both profession and identity; it leads one to organise and set out a network of relationships which takes shape, among other things, in a collection of calling cards. He has decided that his archive, or as he likes to call it, the “corpus mechanicum”, should reside in Milan, where he has left a part of himself. “Milan Unit 1994-2009” has became a poetic temporary exhibition, which took place last September, and a year-long installation shown first at the Viasaterna gallery, which has now temporarily returned, in a partial and new form, to Fazel’s country of birth, Iran. It is this moving from one place to another which offers a key to understanding that for Fazel, the archive is an excuse to re-examine, revisit and transform ideas, beginning with the belief that despite the epochal shift from analogue to digital, photography remains an instrument of interpretation and action, with a social value which goes beyond the boundaries of the media, but not its history.

The archive “Milan Unit 1994-2009” is a collection of photographs, negatives, prints, and ephemera collected by Ramak Fazel between the years he spent actively working and living in the city of Milan, Italy. Using original source material in collaboration with local vendors and suppliers, “Archive Alive”, was produced during a one-week residency at Pejman Foundation in Tehran. In addition to an installation, the residency is comprised of an artist talk and workshop with the main gallery on Kandovan street serving as both operational and presentational space. In “Archive Alive”, a diverse selection of content was culled from the Milan Unit archive and made available for consultation, examination and re-interpretation by the viewer and eventual workshop attendees.

With "Archive Alive", the living nature of the organism is underscored through a more critical examination of museological strategies that have underpinned the presentation of this archive in other host venues. Conceived around the turn of the millennium, during those watershed years that marked the rapid passage from the analog to the digital, in Fazel’s words, this archive embodies the will to “experiment with photography and find a way forward, exploring and preserving the material culture of a particular practice, on the cusp of an epochal change. “Milan Unit” is an attempt to collapse hierarchy, but rather represents the endeavour to respond to the crisis of meaning, offering itself up as a “survival strategy”. This response to the progressive advent of the digital era and its ensuing dematerialization of bodies in favour of the virtual dimension, is an impulse embedded within Milan Unit. Equally important to the actual space (for intellectual investigation) of pre-digital archives is the social and theoretical function of such spaces. The photographic camera is a social instrument; it obliges interaction and participation. The material culture surrounding the production and consumption of photography continues to alter societal norms demanding us to reconsider how we make, take and present photographic images.