Andrea Bajani: a mini-apartment in Paris where to write about unlove

A mansard “on a slope” in Montmarte, a 30 square meters space to fill and empty with small metamorphic exercises. It was here that the writer started to imagine his novel titled Every Promise. 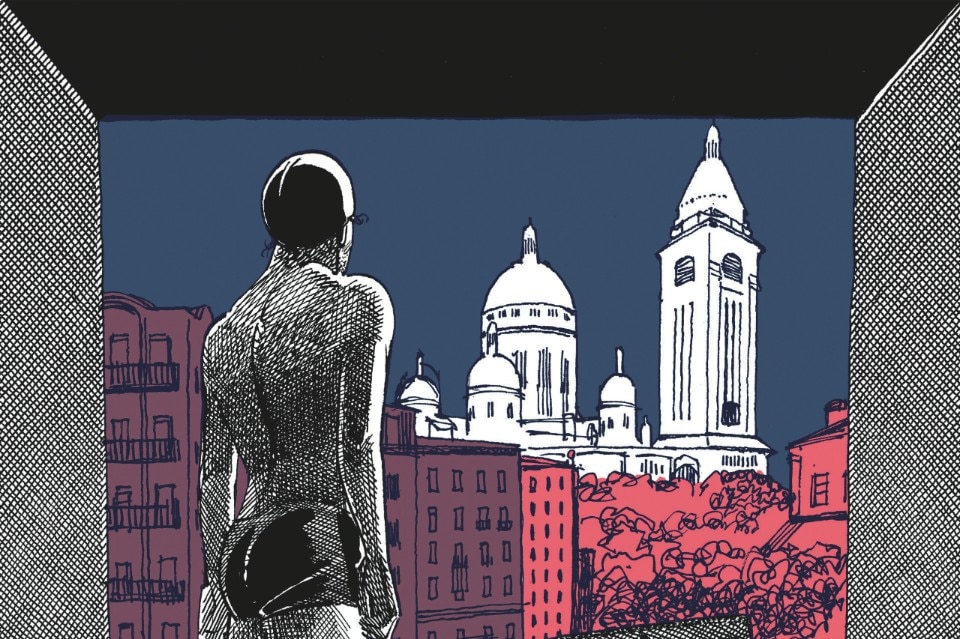 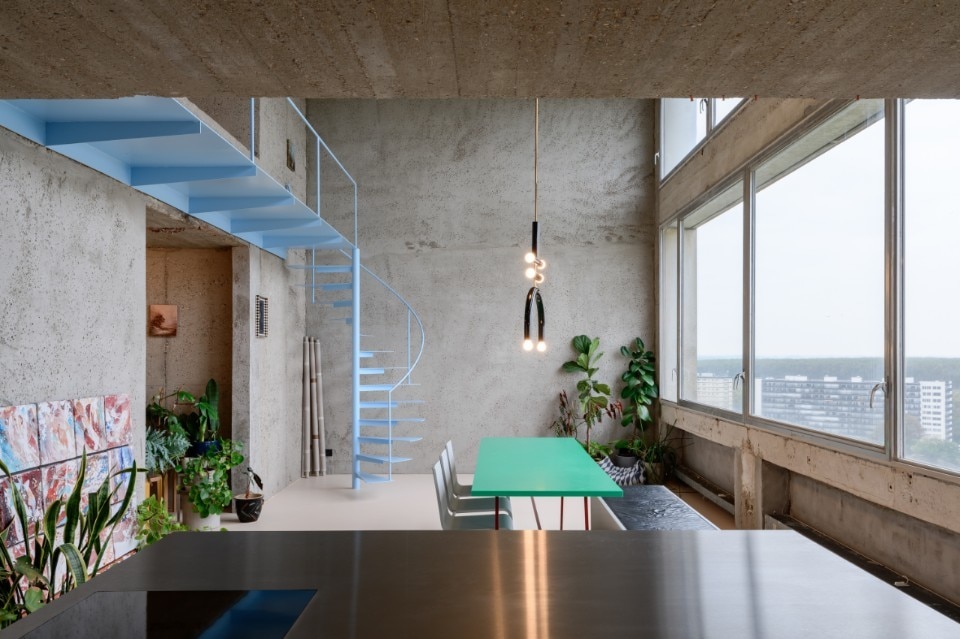 This article was originally published on Domus 1066, March 2022.

For a long time, Paris, for me, was just a house on the corner between Rue Lamarck and Rue Becquerel, in the 18th arrondissement. It was a house on a slope and it was the final reward for the brief uphill traipse from the Métro station.

The front door and the code on the push-button panel outside were the prelude to the last leg of the journey: the lift to the first five floors, then the last two mysterious floors, which the lift would only reach if you turned a key in the lock under the “0” button. Almost everyone got out on the fifth floor and only a few of us went up to the seventh, where the door opened onto the promiscuous, crepuscular universe of the chambres de bonne.

Thinking back now, a little over ten years on, I’m not sure if I realised I was shutting Paris outside, ignoring it to the extent that I didn’t know it at all. I had ended up there in the middle of a shipwreck. My eight-year love story was falling apart, while my family was continuing its implacable work of ordinary, everyday self-destruction. And above all, an exhausting going round in circles, walking the streets of Turin and driving in the Asti hills, where, for some reason, I’d got it into my head that I’d finally find peace.

It was like the crackling of flames in a fireplace, lulling conversation just hinted at while the paint was applied and the outlines gone over.

I viewed short-term rentals there with the intention of going to write a novel about war and falling out of love, and to feel sorry for myself. But every house I saw was just another melancholy journey. When it came to the financial crunch, the hills I was dreaming of were actually apartment blocks with views over car parks and cement. Paris had appeared out of the blue, with a phone call from a friend who had caught me on the verge of despair and offered me a mansard (“Instead of looking for two-room countryside apartments in Piedmont, why don’t you come to Paris?”). That’s how I arrived there, one Sunday night, trudging like a loser, eyes on the pavement, framing my life in defeat. I was on my way up to Montmartre, to a new life, but I trudged along more like I was beating a retreat.

I lived in those 30 square metres as if on a ship in a storm, even though that 1920s building was firmly planted in Paris. My day was punctuated by the hourly ringing of the bell at the local elementary school, which summed up the little or nothing I’d typed into my computer. On the hour, the kids’ voices would burst out in unison, like a grenade exploding on the page, prompting me to delete everything and start again. My only movements involved filling and emptying the space with small metamorphic exercises: setting and clearing the only table, using it as a desk, then as a kitchen table, then as a surface to rest the cushions on.Mid-morning, I used to walk to the public pool. As I counted the lengths I swam, every time I tumble-turned it felt like that was the closest I could get to starting a new paragraph. Every day, 50 lines written in the water that no one would ever read. And as I shredded them with my kicking feet, not even I knew what was written.

What remains of that period is a novel and the time spent without writing anything. I passed all the most important time on the floor below, in Valerio and Camilla Adami’s house. He was the one who had invited me and offered me their mansard. He liked the thought that while he was painting with colours, there was someone over his head negotiating with the invisible and trying to flush it out with words. While I wrote very little, he forged ahead relentlessly, in front of his canvases every afternoon with two assistants, one on either side, and France Culture on the radio, right through to 9 pm. Mid-afternoon, I would go downstairs and sit in his atelier converted from a living room: two balconies overlooking Rue Becquerel and those three easels on which Adami’s waking dreams showed their colours. I probably learnt more about the mysterious business of writing from those afternoon chats in front of those canvases than from the dozens of books I’ve read for the purpose.

What remains of that period is a novel and the time spent without writing anything.

It was like the crackling of flames in a fireplace, lulling conversation just hinted at while the paint was applied and the outlines gone over. Things of little account, anecdotes, and the voice of the world from the radio. It was life unfolding, not before or after the moment of art but with it, then mixed with the paint and fixed forever, invisible but present, like a secret told every time from behind each figure in the drawings.

I wrote a few pages in a long time, and the ones I didn’t write were the most important by far. Sitting there in Valerio Adami’s studio, warming myself with the life that he and his assistants painted unhurriedly with their brushstrokes, pottering around a house whose windows offered fleeting views of Sacré Coeur, and above all saying nothing. Holding back words was my way of writing a book that later wrote itself elsewhere, in houses far away from there.

Titled Every Promise, that novel tells the story of a defeat, I think, of a war that is over and never ends, and of how much it lurks within silence. On its pages, in the life of the narrator, an elementary school bell rings on the hour, heralding a buzz of children running out into the schoolyard. Then, shortly after, the kids return to their classrooms and all is silent again. It took me years to figure out where that school came from, why on earth it had ended up in my story, and maybe I truly understand only now.