Icon of the Japanese Metabolist group soon to be demolished, the tower appeared on Domus in 1973, along with a project of capsules assembpling to form an independent house. 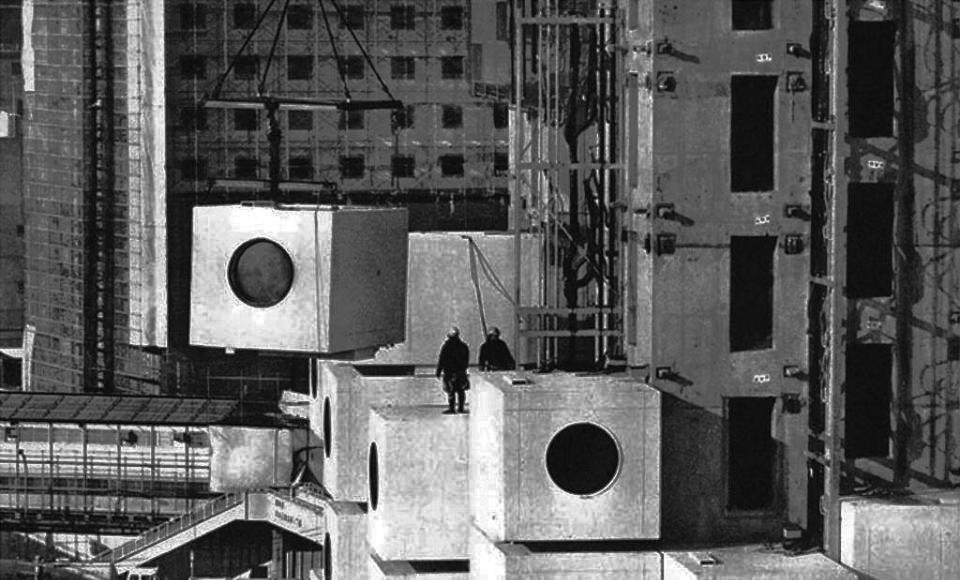 In 1972 Kisho Kurokawa realized one of the few built icons of the Japanese metabolist wave in Tokyo, between the Ginza and Shinbashi districts: by shaping megastructural projects inspired by biological aggregations responding to a new, futuristic and automated present all through the 60s, the Japanese metabolists constituted a rather peculiar side of the international radical wave embodied  by subjects such as Archigram in Europe, their formal and functional research peaking in the structural expressions for the 1970 Expo in Osaka.

With its 144 minimal, integrated modular units, the Nakagin Capsule Tower represented the application of such visions to the scale of individual, plug-in, fluidly combinable, upgradable and replaceable living. However, upgrades were never implemented and the tower is scheduled to be demolished after 50 years, on 12 April 2022. Many of the residents agree on its replacement, while those who have promoted its preservation for years are working to grant the transfer of some of the capsules to various museums.

Immediately after the Second World War, Domus had turned its attention to the articulation of a new modernity in Japan, and the ways in which an inedited exchange with Western countries was taking shape. Following the Metabolist period, Nakagin Capsule Tower was published while still under construction on issue 520, in April 1973 . It was a typological investigation extending beyond the simple story, to the very concept of capsule in Kurokawa’s work and to its use, articulated sometimes in some not very radical compromises with local tradition.

On the entrance floor of the building there is a slft-service café, and the first floor is occupied by offices.

From this level upwards there are 140 one-room flats each consisting of a capsule measuring 4 x 2.5 x 2,5 metres.

The 140 capsules are hung on the concrete towers that contain the vertical communications; they are identical, prefabricated steel cells filled with bath unit, conditioning system and colour television. Constructed at Osaka, they were transported to Tokyo by truck. The assembly time for each capsule was three hours. (Within one month the capsules were all sold, as city pied-à- terre for business men, professional people, etc.).

In actual fact this is an imitation “capsule”, for whilst from the outside everything looks promising and absolutely western, the inside is that of a traditional Japanese middle-class house - to the point of having imitation wood beams to hold up the strong concrete structure. The necessary “choice” has not been made.

If people want to accept a different type of house, they must change their ways of living, and if they don't want to give up their habits (which is also quite right since there is no need to) they must be able to give up the idea of living in a future-oriented building. The conflict between architect and the client here has evidently been determining: the outside for the architect and the inside for the client. And nothing has been conceded to the surroundings.