How will we study? Our learning space is a matter of equality

As we wait for the conversation to start at domusforum 2021, we explore some of the questions that global changes, not only related to the pandemic, have brought about in the realm of our education, its tangible spaces and the intangible ones, where technology and educational relationships operate. 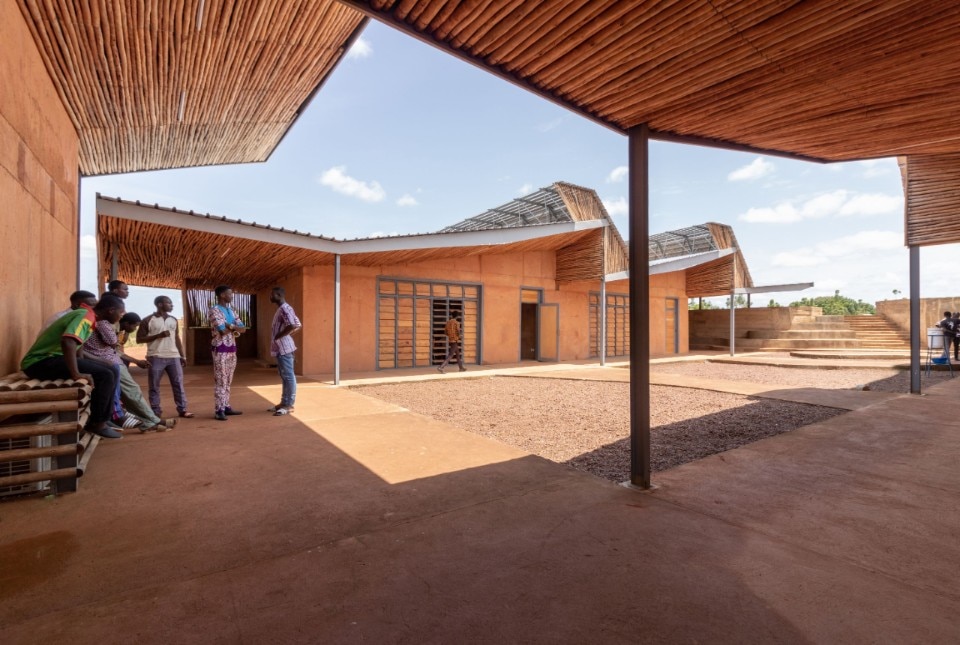 The sudden compression of our time, of the pace of our lives and stories, caused by the pandemic has made the priorities, the urgencies of our society unprecedentedly clear, outlined as they have been by an often sharp blade.
The way we will study has become more and more clearly a matter of equality in accessing knowledge, resources, spaces and opportunities: an evolutionary process which has abruptly accelerated during the last two years. How will we study? Which are the present and future implications of all the current innovation and inclusion emergencies on the spaces where we live and where we learn, those spaces that have always been the subject/object of architectural reflection and action?

In 2020, the UNESCO International Commission on the Futures of Education has published a synthetic and clear programmatic document, Education in a post-COVID world: Nine ideas for public action. The priorities defined by the Commission — which counts between its members the global studies anthropologist Arjun Appadurai and the new media sociologist Evgeny Morozov — include: “Expand the definition of the right to education so that it addresses the importance of connectivity and access to knowledge and information.”, “ensure scientific literacy within the curriculum”, “protect the social spaces provided by schools”.

Space in its multiple meanings is addressed as a priority in the UNESCO document, and so is the attention to an crucial role for society in guiding the action of technology. 2020 has been the year of remote learning in fact, but also the year of the great digital divide: we find ourselves now in the middle of a delicate turning point of the debate, where positions supporting technology as an enabling and connecting player are contrasted by interpretations of technology as a potentially voracious black hole; and we could already be feeding such black hole, by transferring into it not only some infrastructural tasks, but the very core contents and management of education, something that used to be a prerogative of collectivity, or public welfare at least.

For sure, the debate on responsibilities and potential of technology in building our future spaces and cities is not as polarized and short-sighted as it might seem. At this year’s Venice Architecture Biennale, for instance, the German Pavilion develops through different voices the narration of 2038, a future Eutopia where everything went well, and one of these voices belongs to Audrey Tang. The former Taiwanese minister for Digital Affairs, Tang presents in Venice a world where digital democracy works as a tool to empower cohesion, dialogue and equality in decision making, created by spreading digital literacy as she has been doing upon request of her national government after 2014.

Which is the learning environment, both material and relational, we are going to create in the near future, to guarantee real equality for those who learn, those ho will build the cities of tomorrow? Quite certainly, not the one left to us by the last decades, in both tangible and intangible terms. In his 21 lessons for the 21st Century, Yuval Noah Harari has poignantly epitomized such anachronistic impasse:
“You cannot learn resilience by reading a book or listening to a lecture. The teachers themselves usually lack the mental flexibility that the 21st century demands, for they themselves are the product of the old educational system. (…) Teachers allowed themselves to focus on shoving data while encouraging pupils “to think for themselves” (…) and even if this generation fails to synthesize all the data into a coherent and meaningful story of the world, there will be plenty of time to construct a good synthesis in the future. We have now run out of time.”

Physical spaces: where will we study?

Which spaces can provide an answer to our times, proactively receiving and transforming the Zeitgeist? The floating school by Kunlé Adeyemi already in 2014 provided an answer to social, spatial, environmental inequalities, characterizing expanding urban areas such as the metropolis of Lagos. Now more than ever, the top of the educational priority list is represented by concepts such as co-creation, interdisciplinary exchange — actively taught and enacted, in opposition to dominant overspecialized and ageist attitudes — and cross-scale learner-first approach; this requires a larger investment in designing, or re-designing, different spaces, structured by different principles.

Non-Architecture, for instance, a platform aiming to “reinvent spatial design by questioning the base (…) of an architect’s work”, launched a competition for 2019, Learning, inviting participants to develop innovative and unconventional concepts for university spaces, where “..innovation operates by empowering not only the teacher-student relationship, but also the potential for collaboration and mutual motivation between learners, trans-disciplinarity and inter-disciplinarity in the outside world”. Meanwhile in Europe, like in Africa and South America, school spaces have kept on undergoing a radical rethinking, based on the deconstruction of the closed classroom space, the opening to the surrounding environment, a priority for less strictly structured spaces of interaction.

Domusforum 2021 aims to explore the accelerating flow of such multifaceted evolutionary movement, bringing these open questions within a wider discourse, involving us into a wider questioning of the future spaces of our lives.