The perpetual appeal of Moon Boots, from the first Moonlanding to the Tik Tok era

Born at the apex of Space Age, after more than half a century Moon Boots still are an avant-garde technological, conceptual and lifestyle icon: a symbol of the Italian tradition of combining fashion with design. 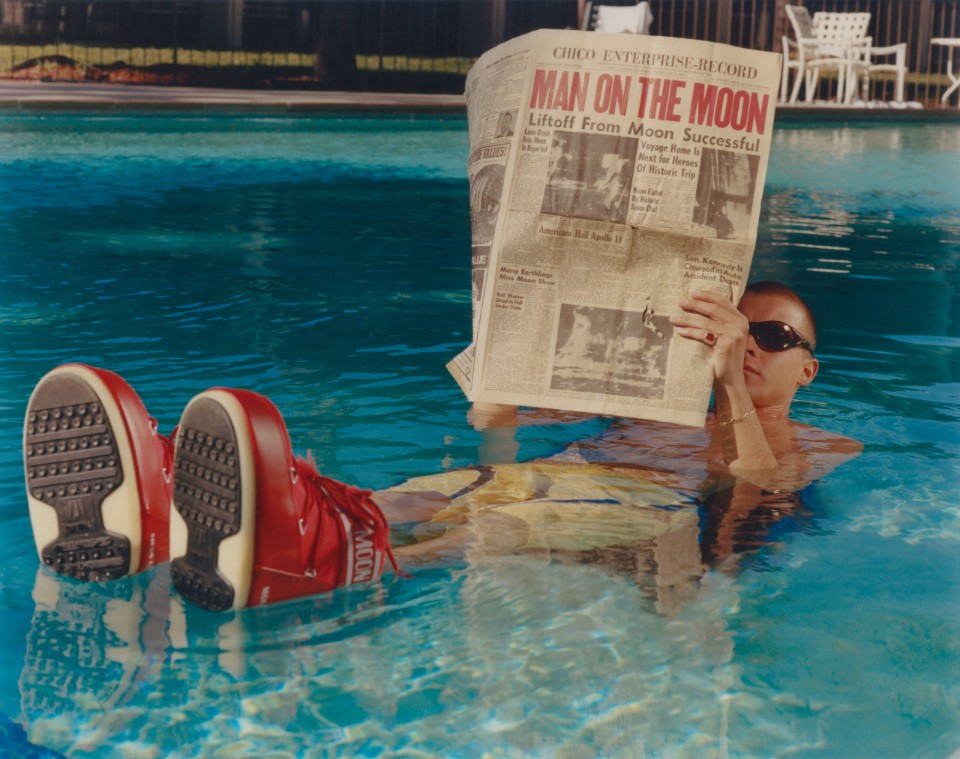 September 1969, Italian footwear entrepreneur Giancarlo Zanatta has just arrived at the New York Grand Central Station for a business trip. The Moonlading still fresh news and within the building one can spot a gigantic billboard portraying the historic event.

In the frenzy of the metropolis, one thing captures like no others the attention of the Italian: the bulky boots worn by Neil Armstrong and their footprint on the surface of the satellite. Once returned home Zanatta, starting from this intuition, would forever change the course of the family firm that since 1930 had been dedicated to manufacturing hiking and work shoes by introducing the Moon Boot series.

“I fell in love with that footprint and that vision, and I thought to myself: ‘Why not design some after-ski boots?’ We designed some made out of leather, fur, but not made out of synthetic material,” recently recalled Zanatta in the digital magazine of the Triennale, where his creature is part of the permanent collection as a timeless icon of Italian design. Similarly, the MoMA followed suit, while the Louvre included the model in its 100 icons of 20th Century design list. In 2022, Giancarlo Zanatta has been honored with the Compasso d'Oro Lifetime Achievement Award.

Despite the Moon Boot, both in its name and logo typeface, screams Space Age, 50 and counting years on from its conception it still has something to say. Like many other cornerstones of the Italian design of the time, including the visionary plastic furniture of Joe Colombo or Gaetano Pesce’s seats, Moon Boots have been able to transcend their temporal context, maintaining an ever-evolving appeal and acquiring new meanings to different generations.

They have become so much engrained in popular culture to the point that for the past half a century their name has become the paradigm for any chunky après-ski boot. At the peak of their 1970s popularity Adidas even emulated it, for a now grailed collection (later re-released in 2005) in partnership with German skier Carlo Gruber. Only a few years on, in 1983, the word Moon Boot would in fact officially enter dictionaries.

Many are the elements making this footwear design a conceptual and aesthetic avant-garde. Moon Boots were among the first to introduce the use of synthetic materials for a shoe upper as well as thermal ones, and to develop a non-slip sole. But not only, as these après-ski boots perfectly intercept the needs of our contemporary society for a fluid consumption. Moon Boots, in fact, are a-gender, without even making distinction between the left and the right foot. As their 1980 campaign proudly remarked "the first ambidextrous après-ski boot". Its sizes come in multiples of three, thanks to a 20-millimeter thick fabric insole which enables the foot to adapt by pressing on the shoe.

Furthermore, Moon Boots – heading against the dominant trend of the time – were shameless and ambitious in their decision to boldly print their logo on the upper, anticipating the brand culture to come. An element that has, no doubt, contributed to their historical versatility: on one hand a technical garment for skiers, a lifestyle status symbol on the other.

The merging of these two dimensions happened from the very beginning, with the ascension (and slight democratisation) in the 1970s and in the roaring Italian 1980s of the so-called Milano da Bere of the myth of the mountain resort, also fostered – especially in the Belpaese – by the successful film comedy franchise of Vacanze di Natale conceived by the Vanzina brothers and set in affluent skiing holiday destinations like Cortina.

Moon Boots hence became the glamourous excuse to hang by the slopes, without necessarily having to ski, taking a fashionable stroll between a polenta dish and a skilift-view aperitif. They soon turned into a staple of the wealthy citizens who could afford a skiing resort holiday, as well as the shoes craved by teenagers within urban scenarios.

Such an appeal has been making a comeback, also thanks to the recent celebrations for the 50th anniversary of the design, adding a further layer in the stratified cultural relevance of the Moon Boot.

If twenty years ago, thanks to the momentum for neo-Space Age retrofuturistic designs equally fuelled by the Millennium Bug and by Cool Britannia, the shoes were associated with Noughties icons such as Paris Hilton, they now trend surfing the Y2K wave, which draws full hands from the early 2000s iconography. At the same time, the current revival of Asics Tiger (which in the mid-00s even launched their mountain boots) and UGGs seems to testify so.

As a matter of fact, Moon Boot reaffirmed its continuous will of interpreting the zeitgeist in its collection with Italian brand GCDS, which also resulted in some designs in collaboration with another Y2K icon: Hello Kitty.

Hence, Moon Boots have now undressed themselves of their Space Age semantics, reborn fully contemporary as a counterbalance of volumes for a fashion industry that, after going full on baggy, is ready to celebrate the return of slim silhouettes in the style of Noughties It Girls. Victoria’s Secret chose them as the only accessory for a lingerie campaign set in the snow, with pop star Dua Lipa echoing the look posing on her social media in her underwear and furry Yeti Moon Boot GCDS x Hello Kitty.

At the chore on yet another Moon Boot return is also faux fur, a cornerstone of several aesthetic trends (or post-subcultures, perhaps) matured online, like indie sleaze, cottagecore and goblincore – shall we not forget that Oxford Dictionaries chose “goblin mode” as the word of 2022, following the sensation the term generated after being used by actress and artist Julia Fox when referring to Kanye West in an interview.

Furry hats and yeti après-skis – on top of a series of accessories aimed to accentuate the volume of the body ending parts, like muffs and wool or denim ankle warmers (a statement of Gen Z’s interest for upcycling and DIY couture) – are key to the fashion discourse, which inevitably has to interpret its evolution starting from Tik Tok rather than from the streets, like in the past.

Think of the (social) media hype generated in September by the runway show of Italian brand AVAVAV, when models wearing huge furry après-ski boots let themselves fall in front of a gobsmacked audience, interfering with the sacredness of the catwalk.

Not to forget the research for hyperbolic proportions typical of manga and anime characters, who are also living a renaissance and shaping the aesthetic taste of younger creatives.

Simultaneously, as godfathers of techwear Moon Boots have, in retrospect, been among the first designs to pave the way for what we now label as Gorpcore, a term first coined by magazine The Cut in 2017 to define the streetwear use of utilitarian and mountain gear. An ascending style that is more and more contaminating haute couture.

As a result, we can’t help but observe a complex and volatile stratification of references and revivals, of games of volumes and meme rethorics, with Moon Boots and other furry après-ski garments firmly at the fulcrum.

While we’re frantically busy layering revivals over revivals, helplessly stuck in the prophecy of the late critic and author Mark Fisher of a future that we’ll never live, Moon Boots keep retaining the eternality that only belongs to the great design icons.