When Franco Battiato was the unaware ambassador of a Busnelli sofa

On the day Italy bids farewells to Italian musician Franco Battiato, visionary composer and free thinker, we remember his relationship with the world of design. 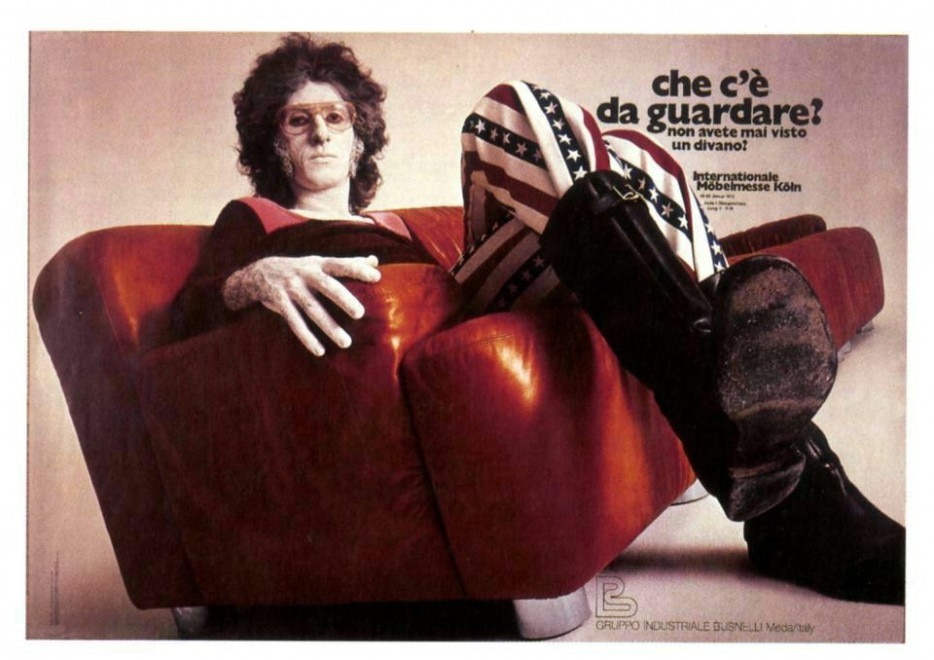 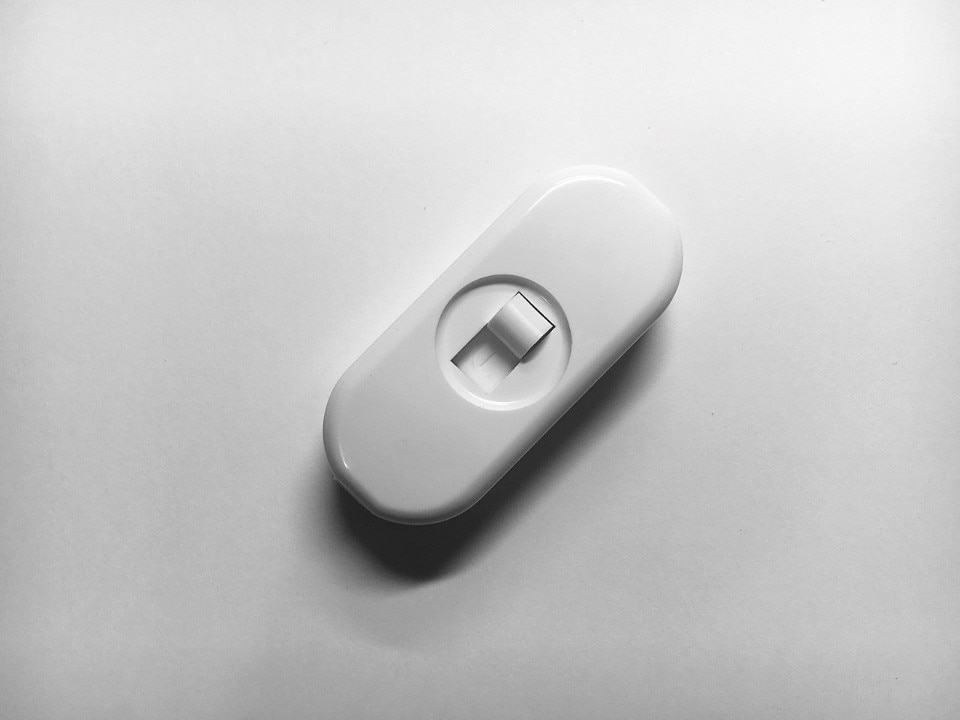 There have been years – previous to those when the blue tapes of [1982 album] “La Voce del Padrone” (“His Master’s Voice”) would be seen on the dashboards of cars all across the country and when Italians gathered on seaside shores would sing of solitary beaches and old Breton ladies with rice paper hats and bamboo canes – when Battiato incarnated provocatory artistic experimentation, also thanks to his aesthetics.

By the early ‘70s, Gianni Sassi, label owner (he founded Cramps, that in a few years’ time would launch Area first, Skiantos then), art director and, mostly, proto-situationist, intercepted the extravagance of the Sicilian musician, who back then challenged his audience with compositions that oscillated between minimalism and electronica with one of the first synths seen in the country up to that moment.

In 1971 Sassi had the intuition of making Battiato sit on a Busnelli sofa, promising an advertising campaign to the brand and without telling much to the musician who, being a bone fide philosopher and long-haired freak, would not have accepted light-heartedly to see his image used for commercial purposes.

Shot from below, sunken seraphical in the red leather sofa, Battiato stood like a cosmic dandy with the face covered in white paint (that under the burning lights of the studio soon cracked resembling the surface of an extra-terrestrial planet) and framed by hirsute Mediterranean curls. A pair of USA flag-patterned trousers – in full provocatory antimilitarist fashion – topped the look up. It was Sassi, who shot the advert and co-directed it alongside studio Al.Sa, to come up with the icing on the cake by adding the tongue-in-cheek tagline “What are you looking at? Have you never seen a sofa?”. Shockvertising suiting underground magazines rather than mere advertising.

Within a couple of days Milan citizens woke up under the cheeky gaze of this Pop alien who looked upon them from massive six metre by three billboards.

Rumours say the Busnelli board was surprised by the advert although not very pleased to say the least. The campaign, though, highlights the foresightedness and the enthusiasm Italian entrepreneurs had towards what between the late ‘60s and the early ‘70s was the Space Age aesthetic that built a bridge between radical design and the counterculture of the youth contestation. Similarly, such attitude was also demonstrated by the “Series Up” line by Gaetano Pesce and by the works commissioned to Afra, Tobia Scarpa and a young Renzo Piano by namesake Piero Ambrogio Busnelli, head of B&B (back then still known as C&B, Cassina & Busnelli).

Sassi’s photographs were also simultaneously used for the promotional posters of “Pollution”, a “music happening” curated by Battiato. A poster with a photo taken from the Busnelli session can be seen in a scene from “Baba Yaga” – the 1973 cinematic transposition of the famous Valentina comic series by Guido Crepax – shot in a Milanese underground cinema. From then on, Battiato became a familiar and hip face in the countercultural environments of the Milan of the Years of Lead, from which the composer seemed to distance himself, by elevating himself to another dimension, a future one, through a conceptual and musical research.

After all, the intuition of Sassi belonged to the future. Alongside Battiato and Busnelli he incarnated an accidental triumvirate of Italian visionaries.

After all, the intuition of Sassi belonged to the future. Alongside Battiato and Busnelli he incarnated an accidental triumvirate of Italian visionaries. From the day Franco sat on a Busnelli sofa things haven’t been the same, for him as much as for us, now standing as nostalgic orphans of the man we may consider the greatest maestro of Italian pop music; an artist able to harmonise with elegance high and low culture, just like the Italian interior design firms of the time did.