Eight projects to keep an eye on at the Saint-Étienne Design Biennial, where design is a team sport

A low-cost self-driving car, a chair literally cultivated and cut from tree, an online archive of recipes to allow people to create at home the materials of the future are among the projects on show at the Cité du Design. 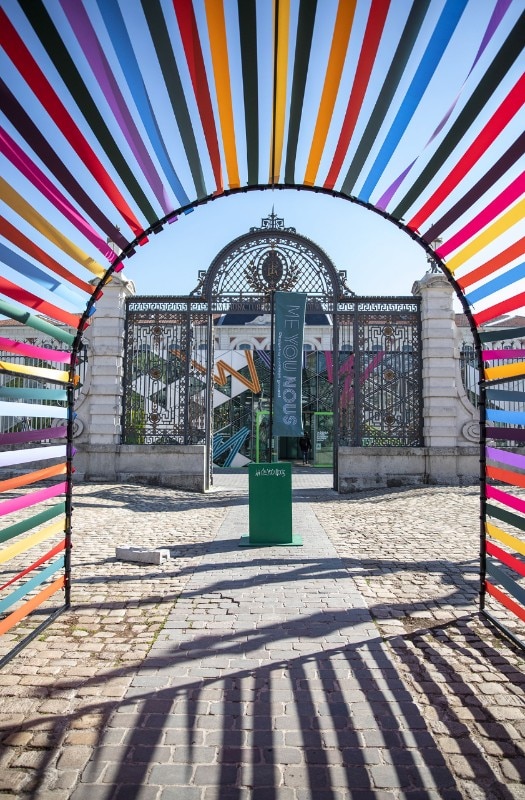 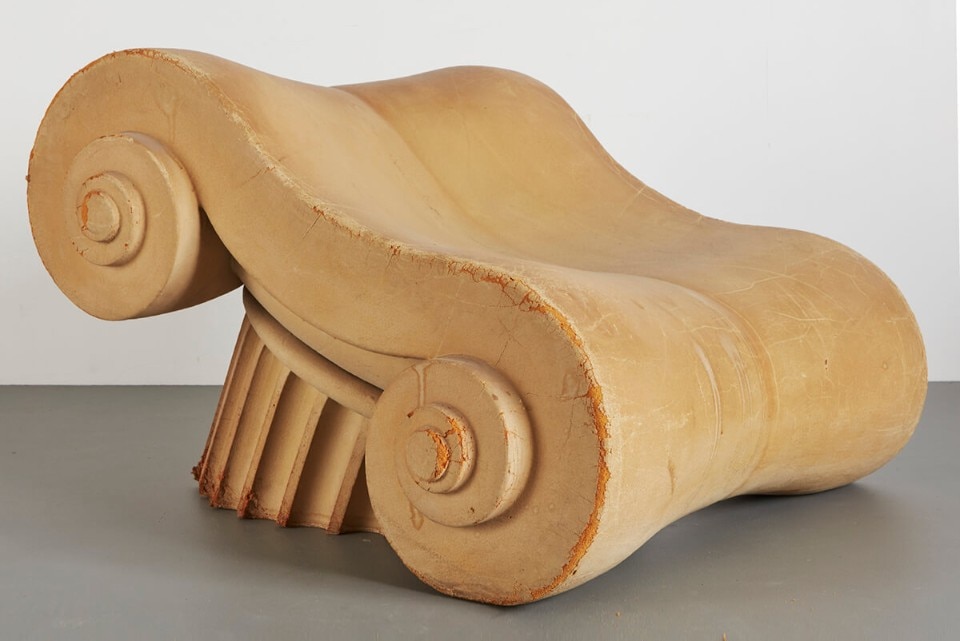 With the theme “create a common ground”, the eleventh edition of the Saint-Étienne International Design Biennale (until 22 April 2019) transforms the capital city of the Department of Loire in the Auvergne-Rhône-Alpes region into the European capital of design for one month. The common thread in the selection of the projects are the various forms of design collaboration - open-source, transdisciplinary - and inclusivity. And as the focus is as always on tomorrow, the common thread is seen as the creation of common futures. “Design is a weapon for change”, maintains the curator Lisa White, Head of the Lifestyle & Interiors/Vision department at WGSN, one of the most important trend-forecasting agencies. In her exhibition “Systems not stuff”, she presents the objects, but above the systems, of tomorrow, characterised by sharing, collaboration and social inclusion. “More than a discipline”, she maintains, “design is a team sport”.

The Ghanan engineer Benedict Quartey’s idea to design a low-cost self-driving car was provoked by a sad fact: every year, 1.27 million people die in road accidents, 90% of which are down to human error. In 2015 there were 256,179 victims in Africa alone. His design is aimed at constructing an open-source programme to develop modular self-driving cars in a collaborative manner. Students and researchers will thus have access to this technology, testing their ideas and implementing algorithms for autonomous driving, using learning and control techniques which are similar to those used in the automotive industry, but without having to take on the elevated relative costs.  His car uses 3D-printed parts and a chassis in recycled metal. During the Biennale, Quartey will be holding a series of workshops with students from ESADSE.

“We should be using less plastic, as it is a precious material”, maintains Johé Bruneau. In 2016, this “plastics artisan”, as he likes to call himself, joined the Precious Plastic collective – founded in 2016 by Dave Hakkens – and created a machine which permits the local recycling of plastics. The aim is to make waste recycling easy and immediate for everyone. “Plastic”, he continues, “is one of the best products ever invented”. So if a world without plastic is unimaginable, it is better to start maximising recycling straight away. His project is open-source, to the point in which a series of video tutorials give step-by-step instructions on how to set up one’s own recycling laboratory. The community has grown to include 40,000 people, it has created a DIY recycling network and produced 500 free machines and operating manuals, and it promotes meetings on the theme. The new objects created with the recycled plastic are sold online.

The system of microbiotic fabric-making invented by Jen Keane for his master thesis at the Central Saint Martins School allows K. Rhaeticus bacteria to grow on a frame, with a technique similar to normal weaving. The bacteria solidify gradually, creating the structure, which can then be folded into a 3D object such as a shoe. The process optimises the natural properties of bacterial cellulose to create a new category of hybrid materials which are strong and light with little or no waste. The upper of the shoe grows in a single seamless piece thanks to a continuous thread held in position by the cellulose created by the bacteria.

Jen Keane, This is grown

Jen Keane, This is grown

Founded by Liz Corbin and Zoe Powell, Materiom is an open platform for experimentation on new materials, including bioplastics produced from natural raw materials such as agar agar, gelatine and Kombucha. The final aim is to create a true circular economy, where plastic is a nutrient rather than a polluting element. Materiom provides the recipes – raw materials, doses, instruments and level of difficulty – to allow people to create “at home” the materials of the future which will feed local economies and ecologies. “By sharing this knowledge, we are accelerating the development of materials, and we reduce the barriers which hinder materials from entering global markets”, explain the founders.

The gigantic cobot designed by the engineers and designers at XtreeE, a Paris-based startup founded at the end of 2015, can print large structures in the space of just a few days. The large urban island in cement and terracotta exhibited at Saint-Étienne, for example, was created in 5 hours and has been created to water the edible plants which it contains.

Carole Collet, the head of the Design & Living Systems Lab at the Central Saint Martins School in London, explores the potential of fungal mycelium for developing a biodegradable treated fabric surface and finding more sustainable alternatives to the textile industry, which is one of the most polluting in the world. The mycelium is composed of a dense network of slender branches and is naturally found underground. By exploiting its capacity to digest and transform cellulose into natural composites, and by varying environmental parameters such as temperature and humidity, we can guide the growth of the mycelium on fabrics. Mycelium Textiles does not aim to create new materials, but rather explores the mycelium as a biodegradable surface treatment, such as coatings with mycelium powder, slow-growing embroidery, growth with tutors and ties, and various tying techniques.

Gavin Munro is a designer in his own league. An artist, fine ebonist and visionary entrepreneur. His enterprise is more nursery than company, where furniture is literally sewn, cultivated and finally cut from the tree. A chair requires a wait of between 4 to 8 years. The production is just 50 pieces a year, because for every 100 trees grown there are 1,000 branches to care for and 10,000 to prune at just the right moment. However, the process is entirely eco-sustainable, also because, following “harvesting”, the trees continue to grow, and the plastic frames are recycled. The technique, which he defines as “organic 3D printing” – and which he launched on Kickstarter at the end of 2016 after a period of research which began in 2006 – has its roots in ancient practices, from the Chinese, who dug holes which were filled with chair-shaped rocks and then trained tree roots to grow in the gaps, as well as the Egyptians and Greeks who apparently cultivated stools. However, they are looking to the future. “Full Grown demonstrates that the future will be based on bio-production, not on production”, explains Lisa White, “it will be based more on patience than on production”.

Is it possible to smell the scent of flowers that have been extinct for one hundred years? By showing us how, the English artist Alexandra Daisy Ginsberg widens the boundaries of her role as a designer and becomes the director of an articulated design operation and historical and scientific analysis which invites us to consider and modify our actions, thinking of the future. Her installation is refined and poetic. In two large glass environments, the fragrances of the Hibiscadelphus wilderianus and the Orbexilum stipulatum envelop the visitors. The two ancient flowers, which grew respectively on the slopes of Mount Haleakalā, Maui, Hawaii, and on Rock Island in the Ohio river, Kentucky, have disappeared due to the activity of humankind. Behind such apparent simplicity lies the scientific efforts of a multi-disciplinary team: Ginkgo Bioworks has recreated the gene sequence for the enzymes which are responsible for producing fragrance. The artist Sissel Tolaas, a professional smell researcher, has reconstructed the perfume of the flowers, also thanks to the support of IFF (International Flavours & Fragrances) a large-scale producer of aromas and perfumes. There is a small margin of unpredictability in the installation. As the fragments of the fragrances for the two flowers blend, there is no “exact” smell. Biotechnology, odours and digitally-reconstructed landscapes are used here to express the complex interaction between species and places which no longer exist.