Regressive design. The gentle utopia of a furry embrace

Sweet, “pacifying” objects like a childhood cuddly toy, a futile refuge from the complexity of an existence that induces humanity to distance themselves from actuality. Even if there are some positive examples to be found. 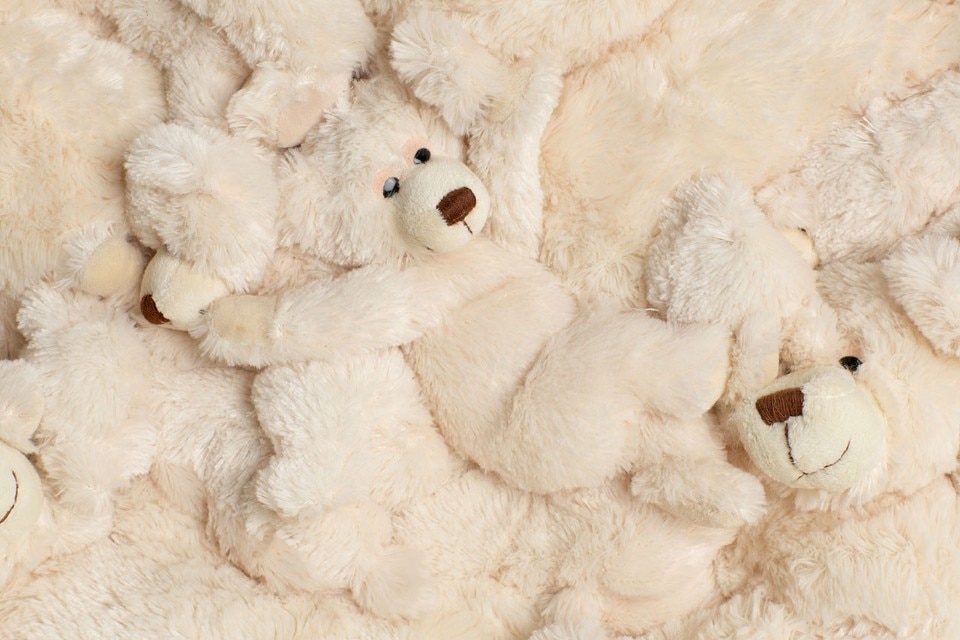 Playing with toys at tax-paying age has never been a particularly healthy sign. Michael Jackson’s Neverland - which is still up for sale - is a fine example. While here in Italy, a long time ago an ex-member of parliament going by the name of Cicciolina rendered the teddy bear an object full of perverse meaning. In their specific sector however, they were stars, belonging to a category which has always benefited from numerous concessions. In private, it is another story. As soon as a child’s Pisolone cuddly toy sleeping bag got too tight, their teddies were relegated to the cellar. This being said, on the subject of cuddly toys, one can only hope for a close encounter with the limited-edition armchairs by the Campana brothers, in which a denouncement of consumerism and adherence to the philosophy of recycling made their use as a sitting surface tolerable. With the Pack sofa by Francesco Binfaré for Edra, an ice-pack with a sleeping bear on top which serves as a backrest, the design recreates an infantile fantasy. The winner of a Milan International Furniture Fair award for best product of 2017 - since evidently technological innovation is less important than a fun idea - Pack is a huge “pacifier” in fake fur for adults who are overwhelmed by current affairs. In a society which is ever increasingly polarised by destruction of the system, populism and retroactive political correctness - like the feeling of indignation that the writer Jonathan Franzen claimed to have experienced when faced with paintings by a murderer like Caravaggio - one defends oneself with the security of their childhood heroes and is quickly seconded by design.

After all, there are the Stupidus Stupidus people from the new book by Vittorino Andreoli wandering around, a definition which however spares no-one from regression: neither those who comfort themselves with a piece of furry cloth, nor those who grow bitter - and more stupid - through social networks. For both, the loss of “rationality and affectivity” in favour of narcissism is constant. A direct evolution of the Homo festivus of Philippe Muray, the French theoretician of L'Empire du Bien, Stupidus is the kind of person that does not remain unmoved when faced with the slow sinking of Villa Savoye, (a comment on the collapse of the principles of Modernity represented by the Cambridge Analytica scandal), but who quickly forgets everything as soon as they get home, surrounded as they are by the armchairs crowded with penguins by AP collection, the cuddly toy sleeping bags on steel legs by Ania Kanicka, the Pet Lights lamps by Moooi, the bear-shaped ones by Kartell with Moschino, the plates and chairs with rabbit ears by Petite Friture and Merve Kahraman. On and on to the family of chairs by Pierre Yovanovitch which pays homage to Goldilocks and the three bears, one of the most famous in the world, and the bear and unicorn Fufy and Buky by Matto Cibic. It is clear that regressive design is nothing more than the flip-side of vintage, a similarly sweet and inane chimera. This has been well understood by the world of cinema. The latest film which sees an adult together with a teddy bear is Christopher Robin, starring Ewan McGregor and Winnie the Pooh.

It should be noted that up until now, of all the animals cited, there is no mention of cats. The most independent creature of them all is in fact too independent to offer suitable assurance, even if it is stuffed. It is no coincidence that Jaron Lanier, the author of Ten Arguments for Deleting Your Social Media Accounts Right Now (Henry Holt and Co.), indicates the cat as a behavioural model on which to model a form of re-birth, free from rules and the all-seeing eye of the Big Brother, a contrast to a certain form of submissiveness which can be associated with dogs. The road to detoxification is, however, long and hard. Particularly when the idea that, all things considered, the fact that one’s own vices are nothing to be ashamed of is also confirmed publicly: the giant bear Roi by Marc Ange at the Fuorisalone in Zona Brera is an example. Yet another excuse for photos shared on social networks. However, there is an altruistic side to the regression. It comes about when condemnation and activism both make use of cuddly toys as a method of defence in a form which goes beyond the usual doll sold for charity in the fight against cancer. Can Edra’s ice-pack, raising awareness of the melting of the ice caps due to global warming an example? Yes, even if it is more of a side-effect compared to the Leonardo DiCaprio mark of quality on the similarly polar and similarly endangered bear by Porky Hefer at the last edition of Design Miami/Basel.

Img.13 Still from the film Christopher Robin by Marc Foster, 2018

Made in sustainable material, it adopts the logic of infantile tenderness to provoke critical conscience. A similar case is found with the animals photographed in static pose for the children’s book “Click”, said the camera by the Swiss photographer Balthasar Burkhard (with Markus Jacob), which Lars Müller Publishers has recently re-published 20 years on from the last edition. The cover depicts a donkey in black and white, just like the other portraits. A stylistic lesson in the depiction of reality derived from Au hasard Balthazar by Robert Bresson (1966), the tear-jerker on the dreadful destiny of a farm mule. This is in turn a reference to the recent and highly-acclaimed Bloody milk (2017), in which a French farmer tries to save a dairy cow which he suspects has been infected by a bovine epidemic. Sponsored by Slow Food, Bloody milk is anything but a silly do-gooder manifesto. Possibly because in the competition for empathy, the real animals win over the soft toys, with all due respect to DiCaprio. Furthermore, a return to the countryside, farms, and the land, even if not within everyone's reach, represents a solution which is undoubtedly more mature than a complacent dive into cuddly toys. Well aware that our first toys can become lifetime obsessions: from an abandoned childhood sleigh called Roseblood, Orson Wells built the story of a great newspaper magnate. The film is called Citizen Kane.