The value of imperfection

Gaetano Pesce is a theorist of non-conformism and breaking down the barriers and categories separating disciplines. MAXXI pays homage to him with a nomadic exhibition designed to move. 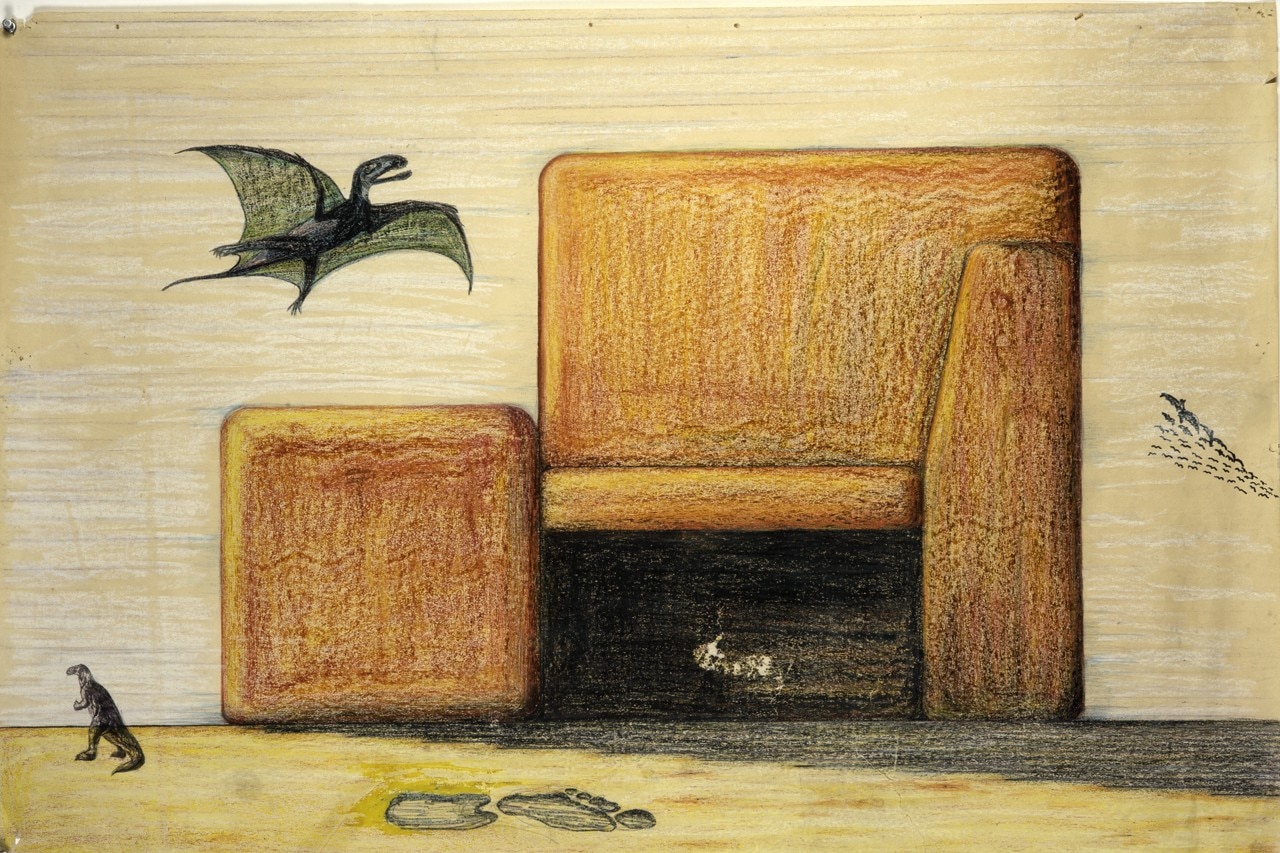 Rome’s MAXXI museum is looking at contemporary design with more than its curator Domitilla Dardi’s delightful snippets by allocating 1,300+  sqm of its ground-floor space to the Gaetano Pesce “The time of diversity” exhibition (see also Domus 981, June 2014, with a text by Gaetano Pesce).

The title, which translates as The Time of Diversity, makes a strong statement in these times when diversity is unfortunately often a thoughtless synonym for prejudice and racism. Dardi (who co-curated the exhibition with Gianni Mercurio) explains that here diversity is intended in the sense of “change and transformation”.

This overview on the Italian creative, based in New York since 1980, is presented in an open setting of wooden islands (40 mobile panels on wheels) using metres of adhesive tape and hundreds of staples, a fertile and varied production dating from the 1960s to the present day by one of the leading lights of international design.

The nomadic exhibition design, intentionally on the move, is one of the keys to a project that underscores a concept of diversity that disengages from standardisation via several types of expression and form. Gaetano Pesce, an artist, designer and architect, has always theorised on anti-conformism and breaking down the barriers and categories separating disciplines. He has decided to narrate himself in one fell swoop here in Rome, commending the error, flaw and imperfection as synonymous with and permutations of the human being.

His political thought, a powerful leitmotiv running through much of his work, emerges, among others, in a 2010 letter to the President of the Italian Republic, Giorgio Napolitano, suggesting ways to relate to his citizens and in his 1973 Omaggio ai Curdi. Gaetano Pesce focuses constantly on all society and his criticism of the status quo has reverberated throughout his career in famous examples such as Pièce per una fucilazione, with the 1967 model on display, his La Mano Di Dio ashtray dated 1969 and the 1972 Golgotha chair in fibreglass and resin with religious undertones – considered one of his most fascinating pieces. We are changing and shifting beings and he summed up this theory brilliantly in the 1963 Casa elastica design, presented at the start of the exhibition route: a building conceived with panels that revolve 360°, underlining that domestic space can also be in constant metamorphosis. Also on show are the creative’s best-known projects, from the I Feltri chair, the first 1986 prototype, to the earlier Pratt Chair in polychrome urethane resin dating from 1984 and the Montanara sofa of 2009.

Every mini-stage and every exhibition island references the inspirations behind the piece exhibited, accompanied by a comment from Pesce himself. You move “among objects that are intentionally not condescending and consoling; they don’t mystify the transience of things but reveal it in all its exciting truth,” stresses Dardi.
As well as original pieces, sketches, freehand drawings and models, interspersed with flows of resin and interventions on the walls by Pesce, the exhibition adopts seven key words linked to its sections (written on the wall with the same lettering as the Alfabeto e Numeri – the original one in 3D – created in 1973). The titles are Non-standard, Person, Place, Defect, Landscape, Body and Politics. Visitors have carte blanche with regard to their route. Indeed, they are encouraged to break free from a rigid and set pattern of consultation/fruition of the Pesce universe.

Next comes a neutral room containing one of the site-specific works commissioned by the museum. Far removed from the previous randomness, this features a single work dedicated to time: a room that should have been made of ice but has become a block of polystyrene from which falling drops of water mark the inexorable rhythm of passing time. Pesce considers the drops – different one from the other – all the more unique because each one emits a different sound, signifying that the perception of time is always subjective.

This is a recurrent theme in the artist’s poetic –  an exhibition at the Milan Triennale a few years ago entitled “Il rumore del tempo” as well as the “Le Temps des Questions” at the Centre Georges Pompidou in Paris in 1996 spring to mind. The architectural restrictions of Zaha Hadid’s building are too much for Pesce and the exhibition extends into the space before the museum, designed by the Iraqi architect as a plaza, the best place in which to manifest one’s ideas. Here, in the MAXXI plaza, Gaetano Pesce has reconstructed, on a titanic scale, his familiar UP5&6 chair (1968) – a work that is part of the history of international design. Here, intentionally oversized and rising to a height of seven metres, the UP5&6 seems like a fierce scream, a gigantic cry that amplifies the work’s original message. The chair part contains a number of (fake) monitors bearing iconic phrases on the defence of women’s rights; its appendix, a reproduction of the ottoman, houses a special tribute to the courage of Malala Yousafzai, the young Pakistani student and activist who, on 12 July 2013, spoke at the UN headquarters in New York to denounce the female condition in her country. Born in 1997, Malala is the youngest ever Nobel Peace Prize candidate. “I am proud to exhibit my work at the MAXXI” – says Gaetano Pesce – “the exhibition includes works from the past and present plus others produced for this exhibition, such as the two installations: one dedicated to time which always passes differently, unlike the way it is normally conceived; the other dedicated to an armchair 45 years after it was first designed. I had conceived this chair, which has a ball metaphorically chained to a woman’s body, to denounce the imprisonment to which women are condemned by male prejudice.”

The armchair, considered a woman or mamma (perhaps we should stress that the two words do not have the same meaning), embodies themes dear to the designer’s heart such as the female condition around the world and the multidisciplinary nature of artistic work, which must always have a concrete tie to everyday life. Much has already been written about this piece. I would add that it was a revolutionary design when first conceived and distributed because it was one of the first effective experiments with polyurethane. The chair was delivered by what was then Piero Busnelli’s C&B ITALIA as a flat disc. When the packaging was opened, the polyurethane expanded like a sponge and, contained in its coloured jersey cover, adopted the intended chair form.

“Pesce has brought together the demand for diversity witnessed in our times and the subject of social usefulness, which he extends to the methodological investigation of new production tools”, adds Gianni Mercurio. “This explains why his research has developed via the sounding out the needs of the individual, new construction types and the logics of cultural, ethical, economic and political change before producing theories that have had and continue to have surprising substantiation.”

The brochure handed out says “It is possible to find one’s own condition of freedom in the non–acceptance of a unifying and tyrannical principle.” In the hope is that this is not distorted by superficial gazes, there is no doubt that Pesce flies high on today’s creative scenario for his ability to cross-contaminate, freedom of thought and self-irony – as his resin chair of 2002, Nobody Is Perfect, seems to be telling us and as suggested by his Italia In Croce, never truer than today.
–
© all rights reserved