Architecture of power: the White House

A Neoclassical architecture in Washington hosts at the same time the workplace and the residence of the President of the United States, and it embodies the qualities and contradictions of many places of power. 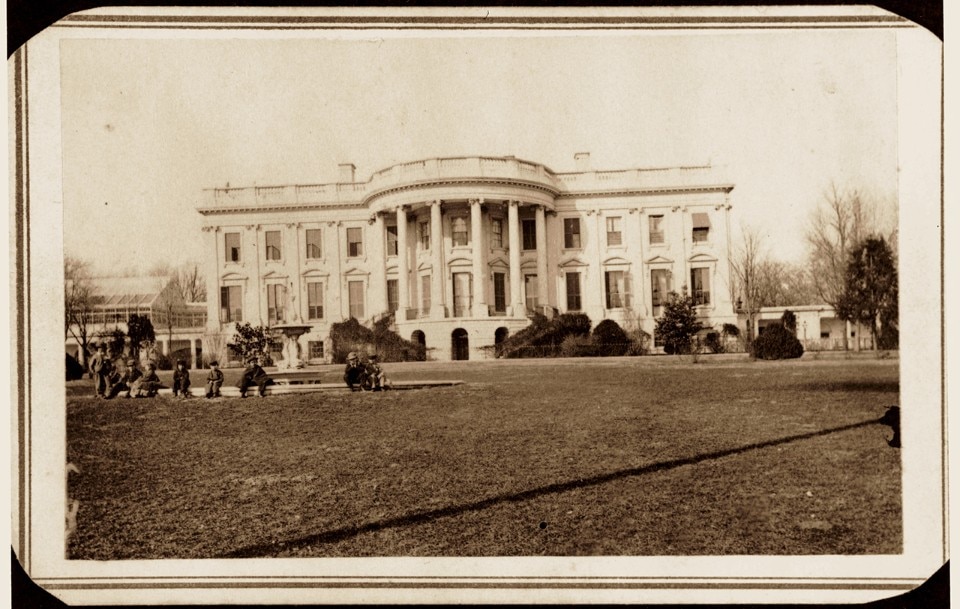 October 13, 1792 marks the opening in Washington of the working site for the new residence and workplace of the President of the United States. George Washington is in charge at the time, and he temporarily occupies a townhouse in Philadelphia, purchased from a wealthy local tradesman. An upscale location, but certainly not a full-fledged institutional building. The Executive Mansion becomes operational in 1800, and the White House popular nickname rapidly transforms into the official designation of both the building and its inhabitants.

The project for the White House crosses the biographies of a few leading figures of that age Neoclassicism. Most of them are of European origins, often emigrated to America, and carrying with them a rich legacy of urban and architectural models, fine-tuned in their native countries. First and foremost, French architect Pierre L’Enfant (1754-1825), who defines Washington beaux-arts plan and locates the presidential home at the end of the monumental boulevard, connecting it directly to the country’s Capitol.

Irish architect James Hoban (1762-1831) is just as crucial. He designs the White House drawing direct inspiration from Dublin’s Leinster House, which is today the seat of the island’s Parliament. In this regard, it is interesting to remark how the young American democracy chooses to represent itself through the same classical style as several seats of power in the old world. The first relevant modifications are carried out by British-born Benjamin Latrobe (1764-1820), who works with Thomas Jefferson on the North and South porticos, as well as on the side galleries.

For approximately a century and a half, transformations and new constructions continue at a regular pace, in order to respond to functional issues – most commonly a lack of space – but also to symbolic issues. For instance, it becomes increasingly important over time to compensate for the building under-sizing in comparison to its representative role. The most substantial and visible addition are the West Wing and the East Wing, completed between the late 19th century and the early 20th century, as the prosecution of Latrobe and Jefferson’s galleries.

During the same period, though, the history of the White House is also one of constant, non-stop destruction. Already in 1814, during the Anglo-American war, British troops set the building on fire as a reprisal. Its interiors are devastated again in 1829, this time for the recklessness of newly-elected President Andrew Jackson. The first Democrat to ever get in charge, he unwisely opens the building’s door to thousands of frantic supporters. Then again, in the 1930s a fire causes severe damages to the West Wing. To conclude, in 1948 the actual risk of structural failures encourages Harry S. Truman to agree with the Congress on the emptying and the full reconstruction of all the interiors, only preserving the external walls.

Suffragettes in front of the White House, 1917-1918. Photo © US National Archives

The White House seen from the Washington Monument, 1951. Photo © US National Archives

Suffragettes in front of the White House, 1917-1918. Photo © US National Archives

The White House seen from the Washington Monument, 1951. Photo © US National Archives

It is not until the second half of the 20th century that the White House finds a stable configuration. This is because the awareness of its symbolic value finally goes hand in hand with a new attention to the material, architectural qualities of a building that needs to be preserved. The protagonist of this breakthrough is undoubtedly Jacqueline Kennedy, at the time of her husband short-lived mandate.

Between 1961 and 1963, Jacqueline is joined by Henry Francis du Pont, founder of the Winterthur Museum of American Decorative Arts, in Delaware. Du Pont coordinates the operations of retrieval of several pieces of furniture and works of art, originally belonging to the house and sold or lost over time, while also directing the constitution of a brand new collection of American art.

In parallel, Stéphane Boudin from Maison Jansen is commissioned to redesign a large part of the interiors, on the threshold between critical restoration and reconstruction. Each room is paired with a specific style: Federal for the Green Room, French Empire for the Blue Room, American Empire for the Red Room, Louis XVI for the Yellow Oval Room, amongst the others. Boudin’s project also includes a few valuable salvaged elements, such as a Zuber & Cie wallpaper from 1834, carefully removed as an ancient fresco from a house to be demolished.

Already in 1961, the starting year of Jacqueline Kennedy’s domestic grand travaux, the White House is declared a museum. Furthermore, since 1964 each modification to its interiors needs to be approved by the Committee for the Preservation of the White House, which collaborates with the building’s curator. Since then, the transformations of the White House are mainly a matter of interior design, furniture and art collecting. And while architects are always appointed by the presidential couple, a sexist press and historiography has mostly consecrated the pairings of first ladies and interior designers. Nancy Reagan and Ted Graber – who, for the record, had to incorporate the furniture that the Reagans brought with them from California – or Laura Bush and Ken Blasingame.

Read also: Trump and the dream of neo-neoclassical government buildings. The POTUS versus the last fifty years of federal architecture. Conservatives no longer want concrete, not even in the state where skyscrapers were invented.

Besides the countless anecdotes available to the curious researcher, more than two centuries after its inauguration the White House remains a building whose all in all modest architectural value is largely compensated by its exceptional institutional role. It is also one of the most photographed and filmed buildings in the world, a specificity which allows a final consideration precisely on its representations. The most ancient still existing photograph of the White House is an interesting diagonal view, realized in 1846 by Welsh-born photographer John Plumbe. It is surprising because it is different from the single axial perspective, centered on the South portico, which is automatically and obsessively reproduced by each and every media, at best paired with a few portraits of Presidents working in the Oval Office.

In order to obtain a more three-dimensional view of the White House, to discover the actual thickness of the flat scenography to many historic events, it is recommended to take a tour of the White House Historical Association’s digital archives. The association was also founded by Jacqueline Kennedy, with the aim to promote the building’s history and to turn it into a hub for the American democracy’s most remarkable pieces of heritage. This is a good strategy to reach the essence of a building that takes to the extreme the contradictions shared by several presidential palaces. The White House is an overall restrained construction, and yet it is the headquarters of one of the leading world powers; it is a historical, listed building, but it has been entirely reconstructed; it has a stable envelope, which is constantly polished and whitened, but its interiors keep evolving; it is a public, collective and private space; it is, to conclude, an institutional building and a family home.