Lea Vergine, art critic, curator and one of the greatest personalities in Italy, died because of Covid-19 related complications in Milan, where she moved from Naples in 1966 with her husband Enzo Mari, who passed away a few hours before her. 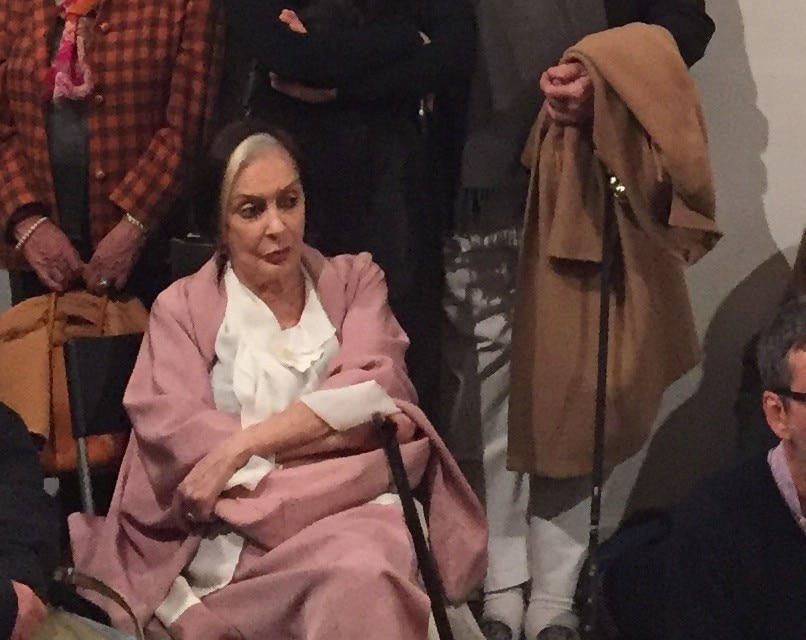 Eighty-two years of uncompromising elegance, lived with rigour and passion, with an accurate gaze and a pungent but never an end in itself sense of humor. An indomitable mind, capable of detachment and passion, of incisive judgements on the art world, even on artists with whom she maintained intense relationships.

She debuted very young, with the interest in forms of art characterized by political tension, in the furrow traced by the beloved Giulio Carlo Argan, paying attention to movements such as kinetic and programmed art to which later, in 1983, she would dedicate the book Arte programmata e cinetica 1953-1963. L’ultima avanguardia (Programmed and kinetic Art 1953-1963. The last avant-garde), published by Gabriele Mazzotta. She visited the most updated galleries, from her friend Carla Pellegrini’s Galleria Milano to the avant-garde Luciano Inga Pin’s Diagramma. It is in the latter that she lived a crucial experience: the flash of inspiration for body art by artists such as Urs Luthi, who since the late sixties has played on androgynous seduction, sexes and roles ambiguity, and as Gina Pane, who introduced in art the body in its physicality, linked to resistance, trial, suffering as steps through which restoring the primary relationship with the primordial source of all energy. In 1974 her book Body art and performance: The Body as Language is among the first to take stock of these trends.

Soon after, the idea of an exhibition would born. This opened in February 1980 at Palazzo Reale (Milan): The Other Half of Avant-garde 1910-1940 curated by Achille Castiglioni, to whom Lea Vergine would later refer to for almost all her exhibitions. It consisted in a collection of over a hundred active artists in the early nineties avant-garde movements, but then erased from historiography.

The Other Half of Avant-garde marks an age of gender requests and feminist claims and at the same time it represented a real turning point from an artistic and critical historical point of view. Realized with the aim of proving and enhancing the protagonists’ artistic contribution without any type of exploitation, even the one of radical feminism which in that period, represented very important personalities. It stood apart from many other exhibitions that took place in Western countries in the same years for the proud rigour and the precise historical cut by limiting it to the few decades of the twentieth-century Avant-garde.

As Angela Maderna, author of a recently published book The other half of avant-garde forty years later (Postmedia Books, 2020), highlights, today the exhibition is unanimously recognized as a cornerstone for its scientific validity and critic due to the choice to take distances from those that, even Lea Vergine herself, described as “census exhibitions” and for the rejection to adapt to the sociological and anthropological cut in force at the time with respect to the feminine. An unexpected choice for that time: Carla Lonzi would scold the curator for her super masculine ego.

Amongst the other Lea Vergine’s exhibitions, it can be recalled a few personal ones, as the one dedicated to Carol Rama, and thematic expositions as Trash. When Trash Becomes Art (amongst the few not curated by Castiglioni) at Museo d’Arte Moderna di Trento e Rovereto, in 1997, was dedicated to recycling, to the re-use of waste materials, but also to sound fragments, of which the last hundred years culture is filled with, or with Giorgio Verzotti, Beauty and the beasts at Mart of Rovereto in 2004 – 2005. And D’Ombra (Of Shadows), at Palazzo delle Papesse in Siena, in 2006: because “without shadows there is no realism: and even not reality”.

But Lea Vergine’s passion was writing. Nor she disdained divulgation; in the name of faith in culture, she has always written on high spread newspapers, from Corriere della Sera to Manifesto, with the same pure clarity and critical rigour that characterized her in each field. And many generations of students have studied on her Art in the trenches. Lexicon of artistic trends 1960-1990. Because, as she affirmed at the conference held at the Fondazione Ratti in April 2009, “what happens in arts is that you know things that you experience”. In order to dissipate the feeling that something unknowable, it is needed to stimulate the experience, the knowledge. Making an in-depth and intelligent divulgation means contributing to propagate a sense of familiarity with respect to contemporary art.

And contemporary art counts; it counts because “it is not necessary”, it is “unreasonable” and cannot be used. It is the superfluous par excellence. But, as she said in the same conference, “it forces you to confront yourself with your dark side”.