Francesco Vezzoli: “I chose love for a place where there is a lack of it: Instagram”

Fondazione Prada launches the project “Love Stories – A Sentimental Survey by Francesco Vezzoli”: an Instagram-based work of art that will start on May 11. 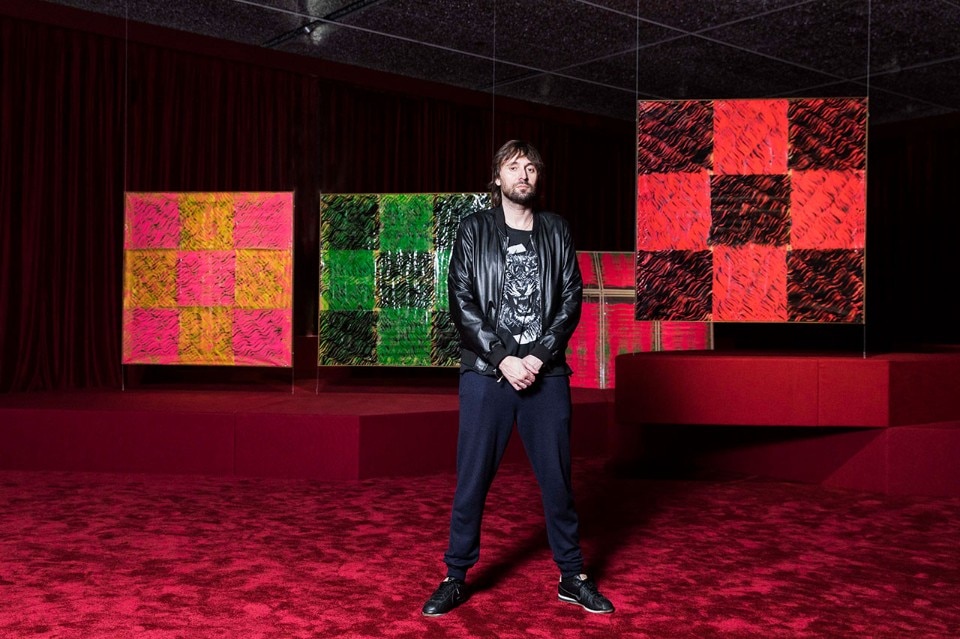 “What I am asking for is a reaction,” says Vezzoli. To show a genealogy of love through Instagram Stories means to ask for a reaction to more than a billion users all over the world and, more specifically, to the 400 thousand users following Fondazione Prada. The project that will be launched by the artist and Fondazione Prada on May 11 will be the first work of art to completely take place on Instagram. The project, created before the COVID-19 lockdown and curated by Eva Fabbris, will last 10 weeks: every week, participants will choose among 5 different pictures. The results will be published every Saturday and interpreted by an exceptional commentator. After having experienced with the languages of Neorealist and Hollywood cinema, Vezzoli tries to do the same thing with Instagram – every week, a different theme inspired by famous opera arias.

Where are you spending the lockdown?
In Milan, the epicenter of Italy’s pandemic.

Tell me more about the creation of this project.
Today, everyone is experiencing digitalization, from Barbara d’Urso to Fondazione Prada. During the lockdown, we’ve started to make use of some things in a much different way than before. We’re all hoping to “go back to normal” – this has become such a banal expression – but now, we have to face the fact that many things have changed. Many museums think that “to digitalize” means to film their art works with a drone – which I find incredibly sad. You could do this even before the pandemic, and I honestly don’t care about seeing Donald Judd’s art inside the MoMA. Fondazione Prada pays great attention to innovation, and that’s the reason why I came up with an interactive and digital project with a conceptual content. “Love Stories” is a genealogy of feelings, an Instagram-based digital survey in the form of work of art. Opera arias are the main inspiration. It’s also a way to show the visitor-user how Fondazione Prada works when organizing an exhibition.

What kind of social media do you use?
I have a Facebook page, but I don’t manage it, it more work-related. When I was single, I used Tinder and Grindr. I’ve deleted my Instagram.

Instagram is some kind of “comfort social media”, a system made of comforting pictures that we constantly feed, and which represents, often in a fake way, our lives. What did Instagram teach you about us?
After Facebook and Twitter came Instagram, which was meant to be more frivolous and iconographic. In a society that is based on images and not words, it soon became the most successful social media. When we hit the peak of the pandemic, I found Instagram to be deeply inappropriate. All the influencers have “screwed up”, except for Chiara Ferragni and Fedez who have dealt with it in a constructive way. Television stars have maintained their dignity. I deleted the app: I saw users posting pictures with their butts out, complaining about feeling bored during the quarantine and nostalgic for their holidays in Ibiza. I may be using a slightly tragicomic word, but it’s all about “energy”: as we become public figures, we must be constantly aware that everything we do will reach thousands of people, so we have to think about what kind of energy we want to send. Those few times that I decided to re-install the app, I saw lots of deeply disturbing images.

What about now that we’re stuck at home?
The moment we post pictures of our home, we decide to share our status, too. We see houses with kitchens the size of an apartment. You have to respect those who do not have the same privileges as you, at a time when lack of privileges can mean greater exposure to pain, evil and disease.

Is it generational?
I think it’s more of a problem with the dealing of pain. For example, I was also very sorry about the fire in Notre-Dame, and Instagram was flooded with people showing solidarity. I deeply respect the Christian religion and I find that, as of today, Pope Francis – although I do not believe in God – is  the most interesting and most impactful person capable of managing images. We’ve seen so much solidarity for the fucking bricks that fell from Notre-Dame! But how much solidarity for these thousands of deaths? We’re not trying to make a hit parade of pain, but it's clear that Instagram is incapable of understanding it.

Why did you choose to talk about love on Instagram?
I chose to bring love in a place where there usually is a lack of it. The pandemic, even more so, has forced us to reconsider our relationship with feelings. And for obvious reasons: those who are single feel much lonelier than those who are living with their family, even though these people are experiencing their family life in a much more intense way. So, love is once again the protagonist, because the possibility of the hedonistic-seductive multi-Grindr and multi-Tinder dimension is absent. Now they’ve put a disclaimer on these socials, “we continue to exist, but please do not meet”. This is a conceptual work of art in itself.

Organizing an exhibition in an art gallery means to think of a well prepared, or at least curious, public. Instagram is a third and private platform, with over a billion active users. How did you deal with this different kind of audience?
I’ll start with an example. There’s a picture, which I don’t know if we’ll use, of Imelda Marcos and Ronald Reagan dancing at a fancy dress party. They’re all dressed in white. The two alternatives for the title are “White party” and “White collar”. This is an extremely complex picture: a president of the United States dancing with the wife of a dictator. Why is such a questionable character in the White House dancing with a president? When it was already known that, in the Philippines, the human rights were not respected. With this survey, we are playing with the idea of classism and social division. You can read this picture on multiple levels, and you can’t know what the reaction of the users will be, or whether they will recognize these people. Back to the first question: why is it difficult to create a digital work of art on Instagram? Because Instagram does not have an audience that physically enters the Prada Foundation. It is Instagram that enters the visitor’s world. But this is a beautiful challenge: the mainstream audience becomes our work of art.