The Museo del Novecento in Milan is hosting the first monographic exhibition dedicated to the research path of an almost forgotten Italian artist. 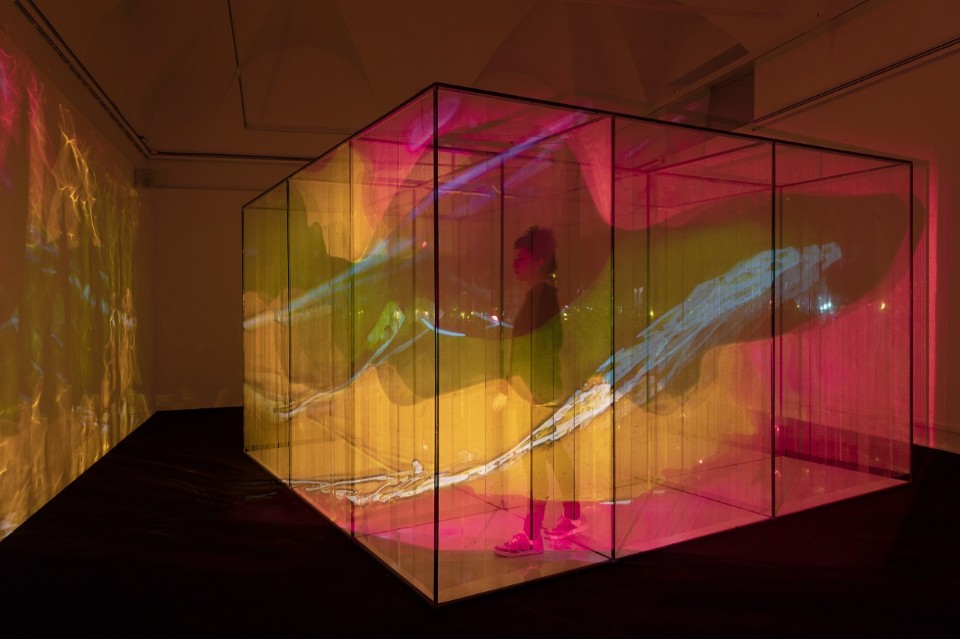 “Light Movement. The Experimental Cinema of Marinella Pirelli” highlights the intention of the Museo del Novecento in Milan to illustrate an artistic response to traditional narratives (from 1961 to 1974) in a way to show its fissures and inconsistencies. This show follows the monographic exhibition at the Permanente (Milan, 2003) and a solo  exhibition by Marinella Pirelli focussed on her research on light  presented at Villa Panza (Varese, 2004).

Marinella Pirelli’s filmmaking rigorously re-evaluates cinematic conventions and explores non-narrative forms and alternatives to traditional methods of working. Many experimental films, particularly the early ones, relate to other disciplines such as painting, drawing, literature and poetry, or arise from the research and development of new technical resources. The vast majority of her works have been produced on very low budgets with a minimal crew or a single person and were self-financed.

In 1966-67 Marinella Pirelli stated: “Once I thought: ‘If I can remember, then I also must have a conscious thought.’ And so I said: ‘I will memorise it’, and I was doing this with all sorts of things that were capturing my attention (flowers, lights, colours, people, gestures, sensations). That’s because I wanted that every present moment was total; I always think of myself as a whole of all the things that I was and knew, plus the new moment, to not lose anything, always knowing that every single thing is transitory, lost, over, immediately dead, or better, different. So here is the adventure: the making of a thought, the approaching of the day, the entering of the darkness.”

Museo del Novecento presents a wide selection of the artist’s works both related to her production on experimental cinema and light projects, starting from 1961 (year of her first animation film) up to 1974, when Marinella realised her last film Doppio autoritratto, before withdrawing from the art scene for almost thirty years. Now, almost fifty years after that period of silence, even the visitor of the exhibition moves wrapped in shadow, going through a dozen rooms where the main light sources come directly from the works. The feeling is that of being immersed in a primitive space.

Her evocative films are based on the balance between colours and abstract shapes that come both from a meditation on luminous phenomena and light refraction and alternate with an intimate reflection on being a woman and an artist. As many experimental filmmakers and artists she began as amateurs, to render her personal vision as an artist, and to promote interest in new technology rather than to entertain or to generate revenue.

As an experimental filmmaker from Italy in the 1960s and 1970s, Marinella Pirelli’s 16mm film explorations of light and movement remained hidden in a dark basement for over forty years and have only recently been publicly exhibited again. She was one of the few Italian woman artists working in experimental film, with works connected to the body, the gaze and the relationship with the cinema apparatus and projection event.

This selection works questions the paradigms of image generation and their relationship to narrative and cinematic convention. It’s necessary to encompass: Il lago, soggettivo-oggettivo (1965), Narciso (1966), Indumenti (1967) and Appropriazione, a propria azione, azione propria (Sole in mano, 1973), featuring also a series of documents from the Marinella Pirelli’s archive, including papers, letters, projects, and photographs of various artists such as Gianni Berengo Gardin, Fabio Donato and Ugo Mulas.

In Milan, visitors pass through ten rooms as if they were ten different sections, and explore Pirelli’s career through a thematic and chronological path by focusing on the main components of her filmic work, the historical context of her life and her artistic relationships.

Appropriazione, a propria azione, azione propria (Sole in mano, 1973) opens the exhibiting parcours. In this film, the artist’s hand, as though it was a curtain of a theatre play, invites the visitor into the show. In the film the view of the natural landscape is continuously blocked by the hand of the filmmaker. Sometimes the hand just blocks the view, whereas other times it tries to grab the shape of the dazzling sun. This work summarises the recurrent approach of the artist’s production based on the principles of oppositions: on the one hand, there is the elegance of lights and the lyricism of natural shapes, on the other the intensity of destruction and tearing. An entire room of the exhibition is dedicated to Marinelli’s studies and works on the presence of the female body within the artistic context. These works  date back to the mid-60s, after her meeting with Carla Lonzi, feminist intellectual and art critic.

In Narciso, composed between 1966 and 1967, the artist reflects on her identity as a woman, a mother and an artist. Despite her lifelong, often successful career as a painter, Marinella Pirelli’s innovative potential lies in her work on the moving-image. In the early 50s, while working as animator and illustrator at Filmeco, she started to engage with film materials and film techniques. However, it was only in the second half of the 60s that Marinella consciously and lucidly elected film as her main artistic medium, as reported in her memories. The same can be said of the series of later sculptures called Meteores (1969-71), aluminium frames that enclose coloured and semi-transparent panels. On them a light and mobile source placed in front of them creates a play of lights with geometric shapes, causing the illusion of a lit monitor.

In this way, Meteores not only questions the presumed fixity of similar images, but also expresses the artist’s desire to seek new ways of relating to the work, to push the visitor to come into contact with installations outside of the classic concept of an art exhibition. Created at a time which witnessed Pirelli’s artistic practice move from figurative painting to the devotion to and exploration of light, colour and movement that would dominate the rest of her career, Meteore (Meteors) is a powerful, innovative work of art. It documents Pirelli’s newly-found belief that the perception of light and movement is what grants a work of art life and autonomy, a realisation that came to her by observing dew drops on a flower petal.

Right in the centre of “Light Movement. The Experimental Cinema of Marinella Pirelli”,  the curators enhance properly Marinella Pirelli’s research about light, nature and colour. From the film Bruciare, which recalls Pasolini’s quote “Doing cinema means writing on burning paper”, to the 1972 series on paper Caos and Colore, with the introduction of new reflections on the positive, the negative and the “sign” – be it messy or neat, planned or instinctive – to explain the genesis of an artwork.