The exhibition-experiment that originated in 1995 from a dialogue between Hans Ulrich Obrist and Christian Boltanski comes back to life at Milan’s HangarBicocca. The idea: rewrite the relationship between visitors and exhibited works, with appropriations, exchanges and interactions. 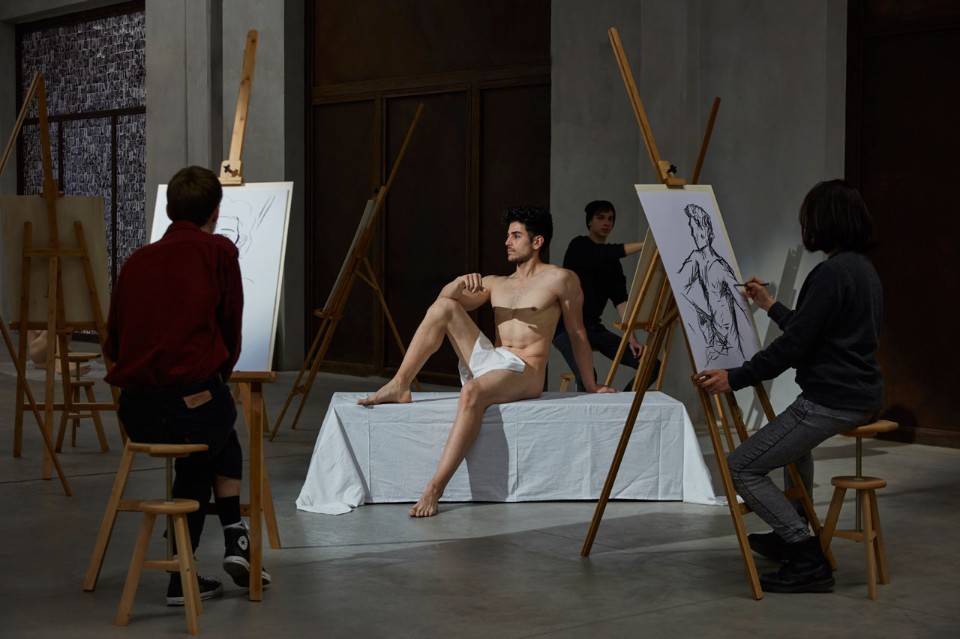 In 1947, Marcel Duchamp exhibited his work Prière de toucher at Galerie Maeght in Paris. It was a special version of the Surrealist show’s catalogue, with a natural rubber breast on the front cover. The volume’s title overturned customary warnings not to touch artworks and exhibits displayed in museums. Instead, it explicitly invited visitors to erase the distance between the artwork and the observer, who thus became an active element in the work itself. Halfway between a provocation and a genuine intention to add a tactile dimension to the visitors’ experience, Duchamp’s idea undoubtedly paved the way for a long current of works and artistic operations that have expected a different interaction and attitude from the visitor within the spaces of art.

Many years later, Hans Ulrich Obrist – the greatest living inventor of exhibitions – and the French artist Christian Boltanski began a joint reflection to conceive a show on the basis of this specific condition. In particular, the idea for the project was suggested by Boltanski’s 1993 work titled Quai de la Gare: a pile of used clothes that visitors could pick up and take away, placing them in a paper bag printed with the word “Dispersion”. On one hand this suggested the ephemeral nature of the work, but above all it turned spectators into active agents of the work’s completion. The first “experiment” of “Take Me (I’m Yours)” was thus conceived in 1995 at the Serpentine in London, and reactivated 20 years later, in 2015, at various museum institutions between Paris, Copenhagen and New York. In 2017, the project sees two new iterations at the Museo Nacional de Arte Decorativo in Buenos Aires (which ended on 5 November) and at the Fondazione Pirelli HangarBicocca, inaugurated on 31 October.

There’s a long list of artists involved in this Milanese version of “Take Me (I’m Yours)”, curated by the two original inventors Boltanski and Obrist, together with Chiara Parisi and Roberta Tenconi. Once again, the chosen projects and works focus on the expression of open and participatory art, borrowing from the concept of relational art and aesthetics that began to take shape in museum spaces in the mid-1990s, through the work of artists and critics such as Nicolas Bourriaud and Robert Stam, who set out its principles in essays, articles and major exhibitions.

As with previous reincarnations of “Take Me (I’m Yours)”, here at HangarBicocca we once again find works that can be touched without fear of being reprimanded by museum staff. These objects can be picked up and put into the new version of Boltanski’s bag, while the physiognomy of other works depends on the level of interaction and response from viewers. Félix González-Torres, Franco Vaccari, Rirkrit Tiravanija, Cesare Pietroiusti and Tino Sehgal are just some of the names that we can more easily associate with these dynamics and the redefinition of relationships between artist and audience. Alongside their works, about 40 other pieces and interventions will punctuate the space inside and out, with projects also conceived for the website and exhibition catalogue, plus a programme of performances to complete the story.

This apparently direct and engaging form of exhibition experience is largely triggered via the mechanism of an offering, a gift and an exchange, with all the symbolic and social implications regarding the gift economy as perfectly expounded by Marcel Mauss in his famous essay of 1924. However, the question that accompanies the experience of “Take Me (I’m Yours)” regards the nature of these appropriations and exchanges within the show. Except for a few rare cases, the idea of immateriality suggested by the works is contradicted by the continual resupply of objects and things that are replaced day by day. The aesthetics of impermanence thus makes way for the aesthetics of sold out. But visitors are especially tested by the overall space of the exhibition, the display design and the interstitial spaces between one work and another. Works such as the one by Félix González-Torres, with their Eucharistic significance and progressive evanescence of bodies, end up being trampled and experienced by most visitors without any real awareness of their presence. Others, conceived instead with a more ironic and playful spirit, attract attention thanks to the immediacy of their pop language. So can works with such distant meanings really coexist side by side?

At bottom, “Take Me (I’m Yours)” has always been conceived as an exhibition that rewrites and redesigns the rules of the game. As a result, it is open to scarcely controllable dynamics, recording the shifts in approach and behaviour fielded by visitors in spaces devoted to art. These spaces are revealed not only as places of culture and study, but also as spaces that are increasingly dominated by a predatory factory-outlet logic, or by the narration of works seen as props for sophisticated selfies to be displayed in the most popular collectors of digital images. This is just one reason why the device of “Take Me (I’m Yours)” continues to represent a fascinating means for observing changing attitudes in art’s audience.