“Learning from Athens” is a mantra that is constantly being challenged, especially by those who experience the city every day and rather wonder what we are supposed to learn from Documenta. 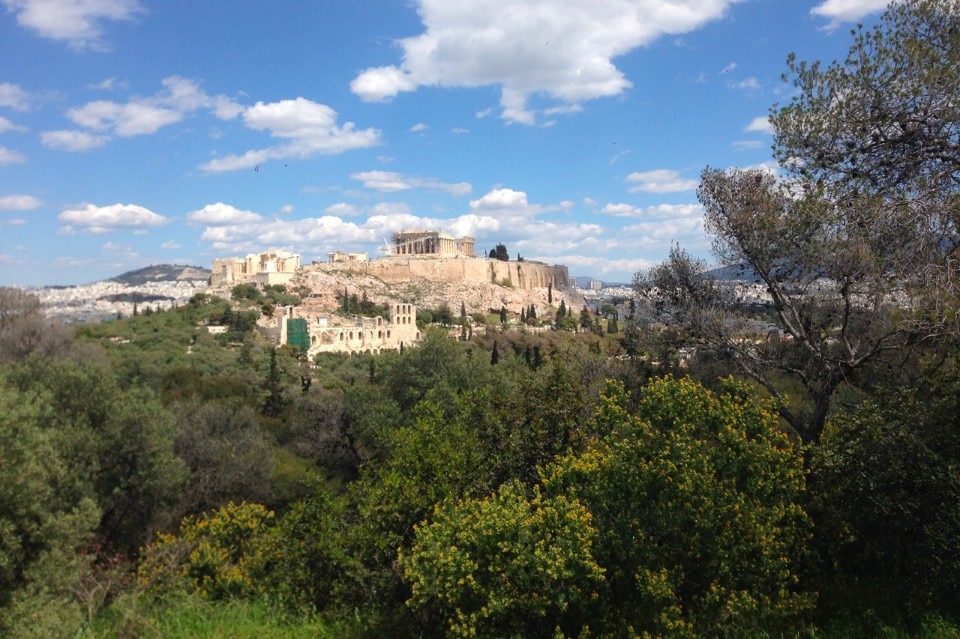 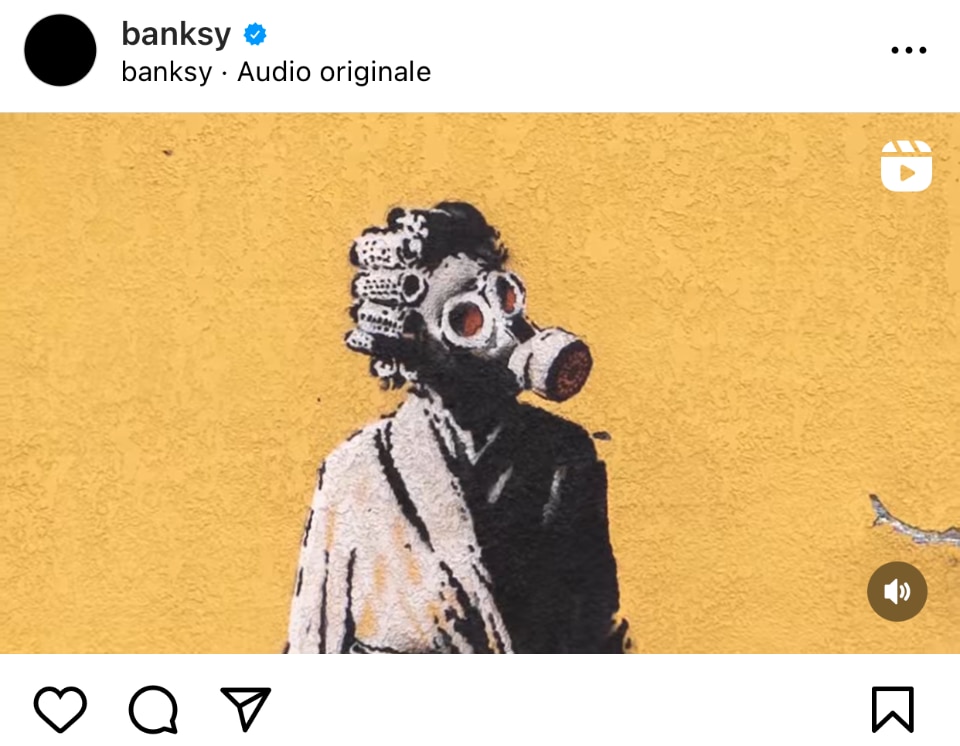 The news that the Documenta colossus would be staged in Athens certainly caused a stir. At the same time it gave rise to all sorts of expectations, some prompted by the title of this edition, “Learning from Athens”, which tweaked the interest of everyone in Athens, citizens and non-citizens alike.
With its public program, public TV and public radio broadcasts, and many locations scattered around the city, Documenta proclaims itself a platform of cultural activism, “without identity and without nationality” (according to Paul B. Preciado).
Kassel and Athens are clearly two emblematic cities, joined by the bond of creditor and debtor as well as more illustrious intellectual ties, with philosophy originating in Ancient Greece and developing historically in Germany. This dualism was meant to alternate and ramify into the multiple dimensions that Documenta presented on the opening days, to the confusion of viewers and, perhaps even more symptomatically, the bewilderment of the citizens of Athens.
"Learning from Athens". Sanja Iveković, Monument to Revolution, 2017, Avdi Square, Athens, documenta 14. Photo Yiannis Hadjiaslanis

In the words of a group of Greek activists (Artists Against Evictions), who wrote an open letter to Documenta’s workers and public, published by e-flux: “Now is a time for carving out a space for all, not a time of culturally archiving crisis.” In fact it is quite clear that the archive, or its representation, plays a very important part in this event, evident in the multiple historical exhumations. In most cases the archive serves as a frame of reference for the development of the exhibition narrative. For instance, at the Athens School of Fine Arts, one of the most intriguing venues in my opinion, the theme of learning and the processes of collective experience are embodied in different ways and times largely by drawing on historical records. The very fine Experiments in Environment (1969) by Lawrence and Anna Halprin, returns in the form of photos and documents, recording the stages of a 24-day workshop created with a community of architects, dancers and artists. Seeking forms of interaction with the landscape, they started from San Francisco’s urban environment and ended up in the wilderness on the north California coast.

More recent examples are the multimedia installation by Angelo Plessas, whose Experimental Education Protocol, Delphi (2017) continues his research into the construction of experimental educational platforms. In this case the inspiration comes from Mary Zamanou-Mickelson, a World War II spy who sent the Allies information about the planes she saw flying overhead. Her predictions are ironically compared to the prophecies of the Oracle of Delphi based on the flights of birds. Homage to the celebrated architect Dimitris Pikionis presents drawings, sketches and photographs recording the development of the “sentimental” footpaths he designed with his students in the fifties. Leading up the Acropolis, the paths stir walkers’ moods of awe and wonder as they climb.

The Acropolis is actually the city’s outstanding sight. You continually catch glimpses of it from many different points of the city. Don De Lillo describes it as “that sombre rock … the tanned marble riding its mass of limestone and schist” (The Names, Knopf, 1982). Within the confines of the visual field, it banally holds together the birth of the West, the splendour of classicism and at the same time the collapse of its own myth, which one has difficulty believing. The myth of a democracy brought to its knees, crushed, which Documenta seems to take as a starting point in its evident vulnerability. In Avdi Square, the working class district of Metaxourgeio, part of one of the many urban grids explored by Documenta, Sanja Iveković  reprises the Monument to the Revolution, which Mies van der Rohe dedicated to Rosa Luxemburg and Karl Liebknecht. A public stage, activated and enacted with the support of various people, it sustains international movements engaged in the struggle for women’s and workers’ rights.

Bodily actions, the synthesis of gesture and sound as possible forms of dissidence, are widespread inside and outside the event’s institutional spaces. The Museum of the Piraeus, with its collection of rare ancient Greek exhibits, is the setting for the Collective Exhibition for a Single Body, devised and presented by Pierre Bal-Blanc, one of the curators most active at this Documenta.

The Contemporary Art Museum, officially reopened for the occasion (so prompting the question: will it stay open when Documenta leaves town?), is devoting a whole floor to the sounds synthesised by Russian composer Arsney Avraamov’s experimental work. One of the most adventurous personalities of his time, imprisoned for Bolshevik propaganda, he fled to Norway aboard a cargo ship. In 1914 he developed the theory of tonal and ultra-chromatic music and invented the instruments to play it. The event at the Athens Conservatoire follows the same lines. A beautiful Rationalist building from the late ’50s, the framing event presented here is Epicycle by the modernist Greek composer Jani Christou. The work revolves around the idea of a continuum in which the boundaries between different media are broken down. Epicycle is represented in the form of graphic scores and sequences, becoming a conceptual setting for other projects. They range from musical instruments made by Guillermo Galindo out of objects recycled in the Kassel refugee camps to more sculptural and utopian instruments crafted from various bits of furniture by Nevin Aladağ, often played live in actions scheduled during the day.

The Benaki Museum gives more space to painting. Here, as in most of the historical layouts of the exhibition, the event performs the function of documentation. One of the most impressive rooms is devoted to Tshibumba Kanda Matulu, a Congolese artist who died, probably killed, in ’81. His wonderful paintings mimic scenes of labour by peasants and workers, as well as the tortures inflicted on innocent victims in the Congo’s recent history.

Although history often comes to the help of the present, to promote a clearer understanding and questioning, Documenta is hardly generous in being comprehensible and engaging with the public. This appears in the printed materials and handouts, which are often cryptic and difficult to understand. Intended as collective recognition of whatever the city has to teach, the aim is not effectively matched by the exhibition. “Learning from Athens” is a mantra that is constantly being challenged, especially by those who experience the city every day and rather wonder what we are supposed to learn from Documenta.

Thousands of refugees live here, together with activists, artists and cultural workers, in occupied houses and hotels and anarchic reception centres, with the institutions regularly threatening them with eviction. None of these spaces have been included in the Documenta exhibition, because they are illegal. Clearly the problem is political, certainly not curatorial. In Greece as in the rest of Europe, the political events that should be shaping our future are still extremely nebulous and not very reassuring. They hardly tend to favour  hospitality or promote social welfare. No doubt Documenta’s curatorial team considered this point, so determining the terms and boundaries of their research into the city, which apparently remains difficult to really understand.