Drawing with the air, Andrea Mastrovito created an epic daily undertaking of installation and dismantling in the small project room of the Ryan Lee gallery, New York. 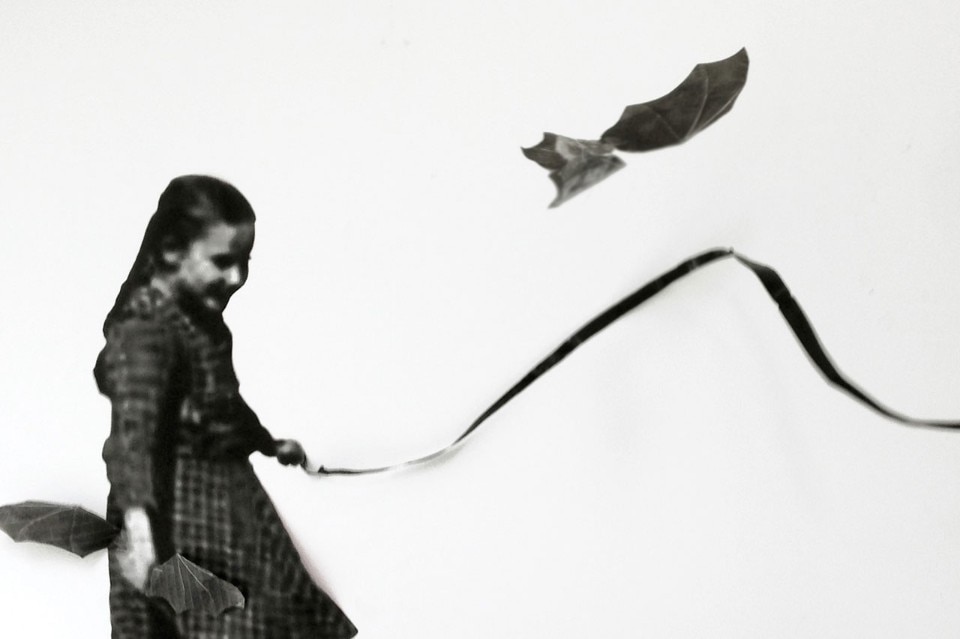 Between 1815 and 1823, Francisco Goya produced Los Proverbios, a series of 80 etchings in which allegorical images give rise to the whims, fantasies, beliefs, superstitions, fears and follies of the times.

The production, sale and distribution of these visionary etchings were announced in the Diario di Madrid, reaching a large public and this major promotional action gave Goya a huge platform. Two hundred years later, Andrea Mastrovito has come up with a similar operation in The Disparates, a series of 20 collages in movement, 20 bizarre scenes created with the same critical but always amused and light-hearted attitude to modern society – simply by moving life-size photocopies using industrial fans.

One a day for four weeks until 28 September; installed in a few hours, they then remain there for the rest of the day. Today, two headless boxers beat the living daylights out of each other and tomorrow a perched eagle holds onto a flying carpet by a thread. Then, it all starts again the following day.

This epic daily undertaking of installation and dismantling is displayed to the public by what, 200 years later, can be described as two special platforms and a manoeuvre of great visual impact: the RLWindow in Chelsea, the small project room in the Ryan Lee gallery and the packed suspended New York park called the High Line, overlooked by the shop-window.

Connecting Goya’s poetic and that of the Bergamo artist is the daily mantra of The Disparates, radicalising and totally distorting the practices of drawing, painting and collage – to such a degree that every visual form, expression and degeneration actually appears to stem from the breeze generated by the fans rather than from the photocopies themselves.

Watching the construction of these collages every day has given me a close-up of the way every scene is constructed.

The conclusion is that each one is produced by an imaginary pencil which distorts their forms not with its graphite but by moving the air over their flat silhouette. Andrea Mastrovito is, to all effects, drawing with air and he does so by moving and removing the fans from one part to another of that little room, until the air produced is just right to impress a movement on the printed characters that conveys their physical desperation, one that appears evident, for instance, in the 11th collage, where Mastrovito revisits the famous statue of the Creuilly soldier, who seems here to lose his objective reality and hang frantically in the air, dragged away by the flags of the three allied countries: France, England and USA.

Mastrovito’s drawing practice is constantly breaking through the barriers between paper and reality, upsetting all formal logic in order to forge an ever more extreme physicality. Just a year ago, the artist created Kickstarting, an extraordinary performance by more than 100 Brooklyn children recruited by the artist to collectively construct a gigantic frieze in an old disused yard with just tempera powder and footballs.

In that abandoned yard of the church of Saint Joseph in Bushwick and, today, on the High Line, the artist works to restore a humanity lost in the intricate mesh of cynical frenzy that characterises our metropolises, generously delivering 20 interpretations that, carefree and amused, reveal its traps and subtle ambiguities.