With 7 project groups of American and Italian students coordinated by architects and artists, the WallWalk workshop focused on the Aurelian Walls as a special and unbroken annular urban system. 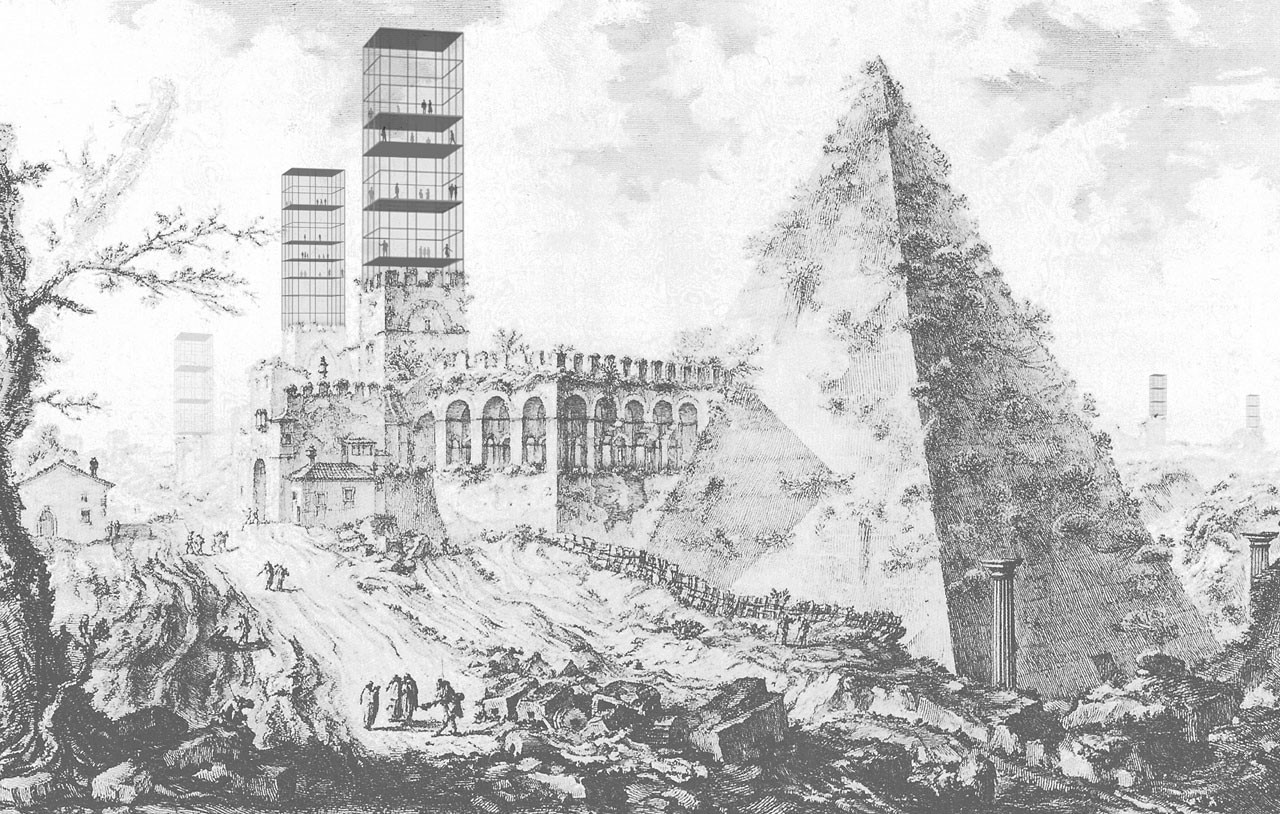 After several years’ collaboration between the North-American architectural programmes in Rome and the Faculty of Architecture - Roma Tre, the WallWalkProject [1] is proposing a number of diverse and complex joint initiatives, exchanges and educational/research projects for 2014-2015.

These are predominantly but not only aimed at Architecture departments and programmes promoted and coordinated on behalf of AACUPI (Association of American College and University Programs in Italy) by Lorenzo Pignatti (Director of the University of Waterloo Rome Programme), Carolina Vaccaro (Temple University Rome Campus) and Paolo Desideri, for the Department of  Architecture - Roma Tre. The city of Rome is the constant backdrop to the teaching and present in an exploration of its history, archaeology and architectural/landscape heritage that studies their significance today. The results provide several potential reinterpretations for future use and function within this context.

WallWalk Project is a multidisciplinary project that examines the Aurelian Walls as a paradigm of the city of Rome. The Project comprises a number of initiatives (workshops, lectures, walks, study days and exhibitions) jointly coordinated by the Department of Architecture – Roma Tre and the North American University Architectural Programs (AACUPI).  WALLWALK aims to restore the due importance of the Aurelian Walls for the city of Rome via the proposal of a continuous sustainable and secure pedestrian /cycle path, conceived differently to fit in with the different contexts the Walls pass through. The WallWalk will enable visitors to fully enjoy one of the city’s greatest and most important monuments, with a unique infrastructural scale.

The intense workshop activities produced excellent results that symbolically rethought and reused Italy’s largest surviving archaeological infrastructure, highlighting its presence and visibility, its possible function of attracting events and its contemporary and differentiated meanings within the  complex and varied city fabric that the Walls “pass through”. The multiple scales of the theme offer an opportunity to reflect – from a large-urban scale viewpoint – on this ring around the city, as too on the architectural scale of the close surrounding fabric.

The workshop was split up into several work groups led by tutors from architectural offices in Rome and foreign institutions and universities, such as fellows of the American Academy in Rome, and comprising both Italian and North-American students. The teams worked full-time for a week and produced visions that are certainly captivating and offer stimuli for a possible “new life” for the Aurelian Walls. The crucial factor in these experiences always lies in having students from different countries and cultures work together for a brief and limited period. The cultural mix and brevity of the experience often generate unexpected results.

The most significant contribution to the debate was certainly the variety of design approaches adopted. These frequently transcend the specific characteristics of the assigned areas and constitute more general reflections on the worth of the Walls in the urban context.

Alfredo Pirri worked with Vittoria Stefanini on the ability of the actual wall material to lend itself to writing, rereading it poetically to enter into the corpus of the city and using the walls/filter as an active observatory that permits a visualisation of the different set-ups and developments of the surrounding city, and interaction with it. They moved sinuously and with an original approach inside a portion of city that is at times still countryside but other times incorporates the ancient to re-propose it as a sculptural and urban fact.

Luca Galofaro (Ian+) and Benedetta Pelusio proposed an agenda of conceptual operations, regenerating the presence of the Aurelian Walls in the city and freely re-inhabiting them; Carmelo Baglivo (Ian+) and Michelangelo Vallicelli highlighted the walls’ qualities as an urban palimpsest, composing bold post avant-garde visions against Piranesi-like backdrops to reinvent their memory.  Andrea Lee Simitch (Cornell University) and Federico Desideri tackled the theme in its grand urban scale via a project as contentious as it was radically heroic, reacting to the challenge of the Walls (and Rome) by taking the wall for a walk into the consolidated city. An inverse approach was adopted by the NEXT group, who, with Lorenzo Sant’Andrea, focused on the specific site and professionally adopted removal as a design strategy, allowing the undisputed but imperceptible quality of the walls and the location to emerge by subtraction.

Less obtrusive contributions came from the remaining two groups: Vincent L. Snyder (American Academy) and Nicolò Troianiello suggested an itinerant installation with the playful and disenchanted intention of overcoming the sense of separation that has isolated the walls in modern-day Rome; Adam Kuby (American Academy) and Francesco Mancini concentrated  on the Walls of Rome as an integrated habitat for people and the various forms of nature that coexist in the urban environment, rethinking the walls as an open space and creating continuity between nature and the urban fabric. WallWalk group
(J. Gadayne, F. Ottone, F. Mancini, M. Menna, L. Pignatti, C. Vaccaro)