The exhibition “Designing Home” offers a chance to think once more about the combined worth of a generation of thinkers of forms, after the Great War and the ensuing loss of faith in the and functionalist optimism of early Modernism. 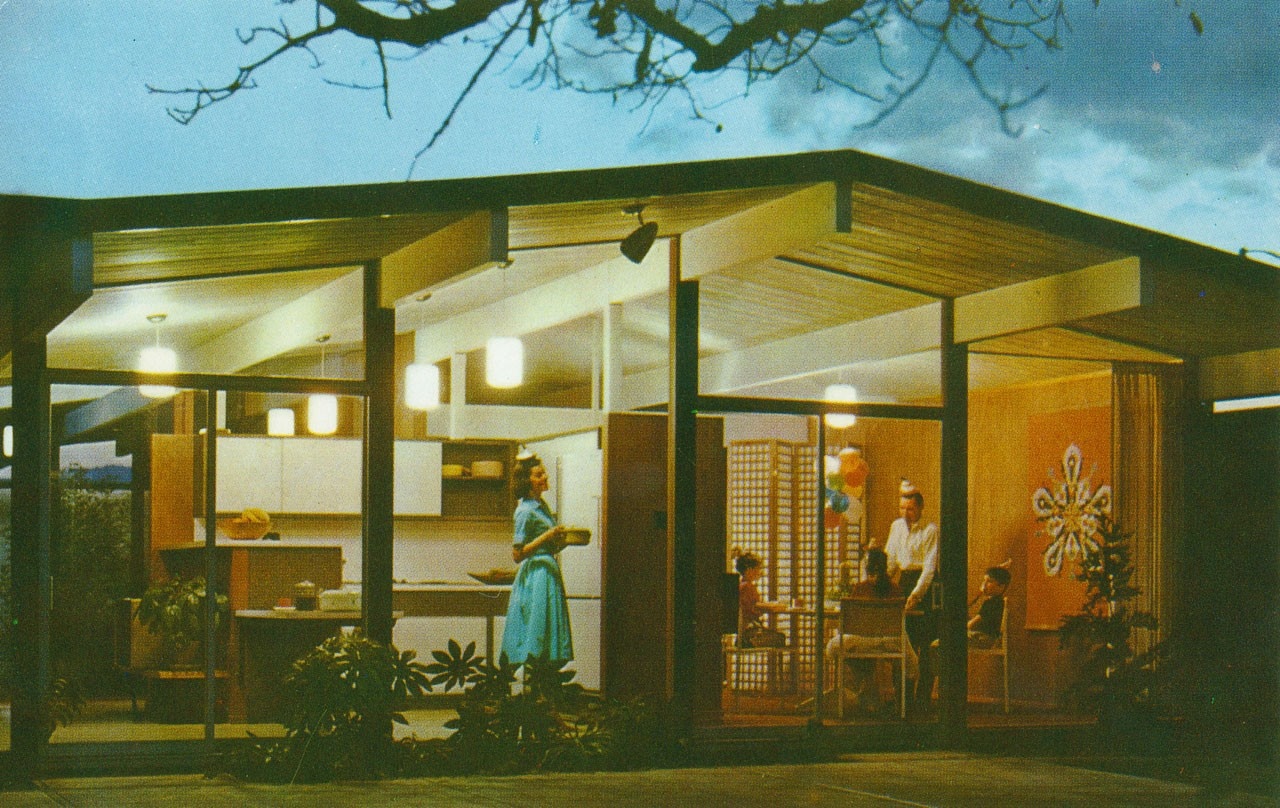 “Avant-garde belongs neither to Gentile nor Jew, but is the plight of everybody who must rebel in order to breathe again, and in that number there are numerous Jews.” Percival Goodman’s words of 1961 go to the heart of the “Designing Home: Jews and Midcentury Modernism” exhibition at the Contemporary Jewish Museum in San Francisco, on until 6 October 2014.
Presented as the first large exhibition exploring the role played by Jewish architects, designers and patrons in the creation of a new domestic scenario in the America of the second half of the 20th century, the exhibition is curated by Donald Albrecht and stands primarily as an attempt to highlight the quantitative or complementary contribution made by Jewish architects and designers to the development of a concept of domesticity that was new to the post-WWII modern American society.
The exhibition is divided into five sections, presenting furnishing and design objects, graphic designs for magazines and major Hollywood film productions, and photographs of domestic interiors: all exemplifying the attempted rebellion of an avant-garde spirit that infected so many after the war, and in the ranks of which many members of the Jewish culture served. The latter’s substantial number might suffice to argue the driving role played by architects and designers of Jewish extraction in the formation of the modern design thought. However, the exhibition does not go as far as univocally stating via the curator’s choices how that culture, its practices and its rituals actually became imbued with a new concept of domestic space. The answer is left in part to the visitor’s capacity for synthesis and, most of all, to the fine catalogue published by the San Francisco Museum.
The essays at the end of the catalogue discuss the relationships between Judaism and American society in the second half of the 20th century via subjects such as consumerism, social climbing, assimilation into the American population and the role played by objects in domestic routine and ritual practices. They argue the theory of the Jewish culture’s natural inclination to embrace the trends that shaped urban society in the United States – albeit without underestimating the risk that the consumer society and the device invented for its reproduction, huge residential suburbs, might determine a loss of identity for the Jewish community. The catalogue is a precious and vital accompaniment to a further understanding of the depth of meaning behind the work of a vast body of architects and designers between the immediate post-war period and the 1970s.

It helps clarify how Jewish ritual objects – re-designed with a modern twist by designers such as Ludwig Yehuda Wolpert, Moshe Zabari and Judith Brown – bear witness to a culture centred on domestic space and in which the major landmarks in a person’s advancement in society occur mostly inside the home. The aim is not to understand whether the ensuing domestic space – and the associated concept of domesticity - is in any way original or different from that developed by other architects and designers not of Jewish extraction and working at the same time. Rather, the focus is on the nature of community peculiar to that avant-garde mentioned by Goodman, without pigeonholing anyone and in which the Jewish contribution was to some degree exported from Europe as a body of modern seeds intended to impact positively on the American domestic ideal.
As the exhibition asserts, and it is hard to refute, much of the construction of a new domesticity was indebted to the diaspora of minds from the Bauhaus, people who arrived in America between the two wars. Figures such as Josef and Anni Albers, Laszlo Moholy-Nagy and Marcel Breuer are among the best-known names responsible for the importation of the ideal of fusing arts and crafts professed by the school in Dessau into the American design culture. This was accompanied by a penchant for association that reunited the leading exponents of the diaspora, along with many local members of the Jewish culture and non- in a number of institutions founded on the two coasts. The first exhibition room centres, therefore, on the importance of networks of people and institutions,  with a video animation showcasing the role played by the MoMA in New York, Walker Art Center in Minneapolis, the magazine Arts & Architecture, Black Mountain College in North Carolina, the Institute of Design in Chicago and the Pond Farm in Guerneville, California.
The Los Angeles magazine Arts & Architecture and the “Case Study Houses” programme it launched in 1945 were probably key to the introduction into the collective imagination of a new concept of domestic space as a place of aggregation for a no longer traditional but now cosmopolitan society which felt the need to restore the relationship between working and living that the prescribed Modernist Functionalism had vaporised.

The new pragmatism peculiar to housing designed by architects such as Richard Neutra (an entire section of the exhibition is devoted to the house he designed for William and Ilse Schiff, making space for the furnishings they moved from Berlin to San Francisco in 1935), Pierre Koenig and Charles & Ray Eames and built on the Californian coast is captured in photographs by Julius Shulman, who brought iconic status to the new West Coast lifestyle.
As well as the architectural construction and its condensed photographic image, the new post-war domesticity was built via a culture of objects that would revolutionise a daily routine increasingly based on a different proportion between work-time and leisure-time, the latter of which quickly imbued not really residential spaces with domesticity. The graphic design projects notably feature the work of Alex Steinweiss, “inventor” of the 33 rpm vinyl-record covers for the Columbia record label in which an object of a primordial mass culture became, again in response to the Bauhaus creed, a work of art accessible to a broader social stratum.

At the same time, the popular culture was being shaped by the imaginative force of Hollywood and Saul Bass’s work on films such as Exodus, Otto Preminger’s Anatomy of a Murder and Alfred Hitchcock’s North by Northwest and Psycho changed the opening credits from purely marginal trappings to an integral part of the whole work of art.

Finally, much of post-war America’s evolution was thanks to the growth of the large corporations, the fortunes of which were often linked to the creation of a strong corporate image by graphic designers such as Paul Rand, whose logos for IBM and Warner Bros – some of the many he designed – are quite rightly an inextricable part of the popular culture of the second half of the 20th century.

Were there still a need to remember the huge drive to innovation carried forward in the name of a new pragmatism after the Great War and the ensuing loss of faith in the technicist and Functionalist optimism of early architectural Modernism, the exhibition at the Contemporary Jewish Museum offers a chance to think once more about the combined worth of a generation of thinkers of forms.