The Polish Pavilion at the 14. Architecture Biennale presents only one single structure: as a result the exhibition is a disturbing tombstone erected for the modernist utopia. 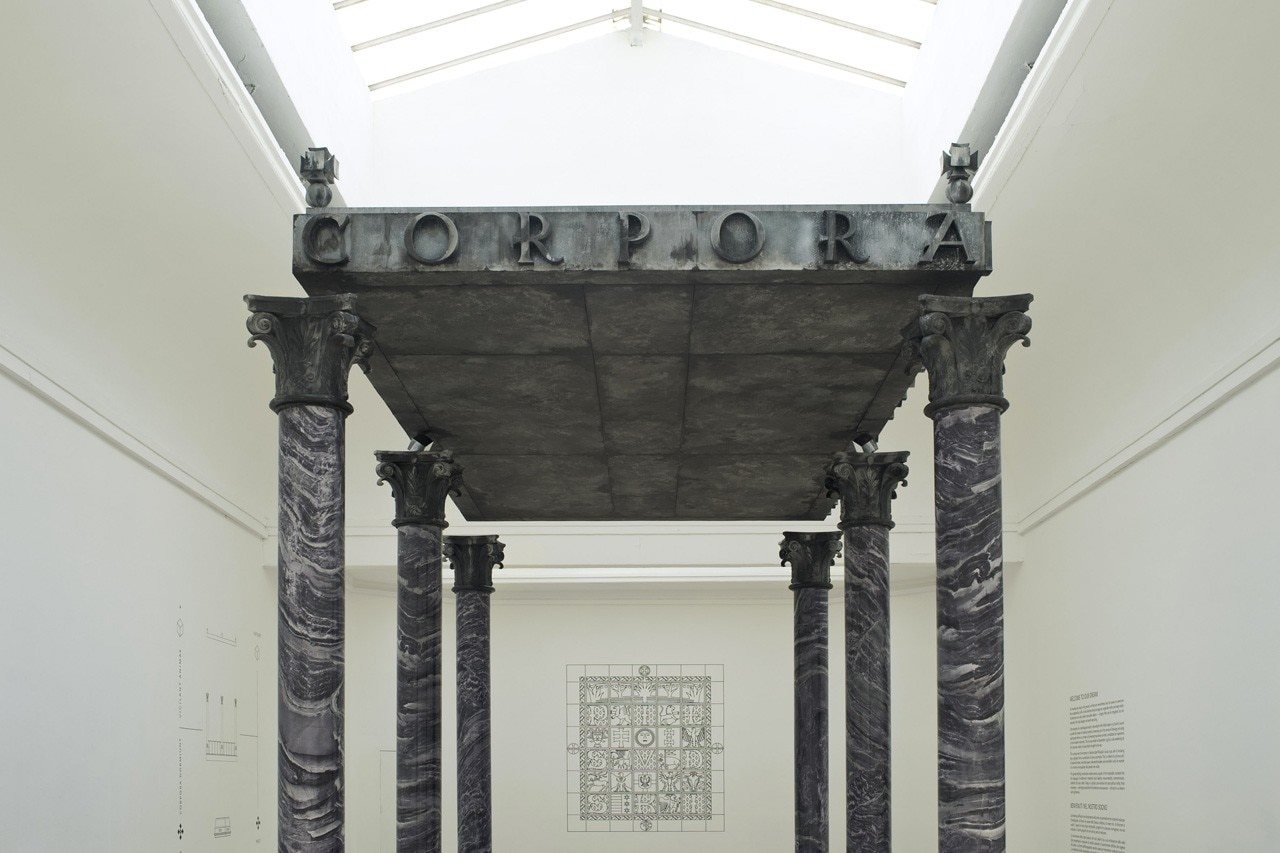 Several editions now, the Polish Pavilion at the Venice Biennale has been standing out from the presentations of other countries.
Perhaps it is due to the fact that its creation is supervised by an institution whose daily bread is art, not architecture. Hence the exhibitions resembling provocative artistic installations rather than classic reviews of local architectural accomplishments. Yet again, the exhibition surprises us with its original approach.
This years edition of Biennale was filled with pavilions which seemed to have taken Rem Koolhaas’ statement a bit too literally. Visiting the Giardini, every step we take, we encounter archives, libraries or warehouses recording the 100 years of subsequent states “absorbing modernity”, overloading our brains with superfluous information.
In this light, the Polish pavilion stands in the avant-garde. As has the German team, the Polish artists designed one structure only – an architectural replica scaled 1:1. The Polish pavilion featured a centerpiece, a structure seemingly distant from the 20th century notions of modernity. It is a reproduction of the canopy roofing the entrance to Marshal Józeł Piłsudski’s crypt, the original counterpart of which is located in the Wawel Castle in Krakow, right next to the Wawel Cathedral, the place where dozens of Polish kings are buried.

This monumental assumption is a lens that focuses the dispersed scope of problems related to building modernity in the interwar period in Poland and in the Central Europe of that time. After World War I, Poland reappeared on the World map, regaining its independence after 123 years of partitions (the country was divided into three parts and annexed by the Russian Empire, the Prussian Kingdom and the Habsburg Empire).

The newly established state was looking to create a new identity and architecture was one of the keys in forming a new national character, in creating new myths, and in tying with the past.

The author of this monument was Adolf Szyszko-Bohusz, one of the most prominent Polish architects of the interwar period. A graduate of the Saint-Petersburg Academy, a contemporary to Mies van der Rohe and Le Corbusier, he strained from the purist architecture of white boxes. His creative oeuvre may be compared to the works of Josef Plečnik. Likewise, he absorbed modernity whilst scooping out of tradition and heritage, former styles, in which he left his mark – one could easily claim that he was Poland’s first true postmodernist. Szyszko-Bohusz, whom David Crowley has labeled as “Piłsudski’s architect”, had performed many a commission from the highest authorities.

He was the author of numerous mausoleums and monuments erected to celebrate national heroes, whose funerals (some of which were repeated due to relocation of their corpses) constituted an element of state propaganda to build new myths and dramatize death.

Lewis Mumford claimed that “…The notion of modern monument is veritably a contradiction in terms…”. By definition, a monument is nearly impossible to realize on the basis of modernity, since its essence is to commemorate the past.

Szyszko-Bohusz has thus created a hybrid joining two oppositions – modernity, sought by the youth of the nation, and tradition, on which the struggles of the newly established state was based. His monument was a foundation for the myth of the great Marshal, the father of Polish independence, the man who built Poland’s national identity. In order to even further magnify the symbolic resonance of the monument, its elements originate with the spolia, trophies collected after the three annexationists. In result, we have the base of the canopy built from granite obtained from a dismantled Bismarck monument. Bronze elements are melted down Austrian cannons. In turn, marble columns were extracted from the dismantled Alexander Nevsky Othodox church in Warsaw.

The canopy rests on 6 Corinthian columns and is fenced with a balustrade. However, what is most interesting is the roofing itself. As if contrasting the historicizing supports, it features a bronze form, a modernist flat roof, the ideal monolith and the perfect Platonic archetype. It may be interpreted as a metaphor of the modern state set on the foundations of complex history. However, the paradigm is shaken by a peculiar dramatic event – the column is separated from the roofing by an aperture. This way the roof board does not rest directly on the Corinthian capitals, but on light, nearly invisible supports.

This very aperture contains the titular “impossible object’, which may be interpreted twofold. Firstly, in the spiritual realm, as related to the essence of burial, where the columns remain in the earthly realm, contrasting the roofing, which is a metaphor of the spiritual realm representing eternity. By emphasizing the levitating property of the roofing by supporting it on mirror cubes, the curators and the artist created a wide array of implied meanings. This aperture is a dischord between the drives of the modernists, their struggle at achieving mythical modernity, and the reality that is full of history, repetition. The exhibition strikes with fatalism.

In the context of the state, politics and its propaganda, modernity is impossible to achieve. Visions always fail, having passed the quern of populism and mass taste. Compared to other pavilions, boasting their one hundred of years of accomplishments in modernism, sometimes breathing a fresh air of optimist, the Polish pavilion is a bold statement of the utopia accompanying each endeavor to build modernity.

There was concern that an exhibition raising issues specific to the Central European region could have proven too hermetic for a wider group of recipients.

The exhibition was also unnecessarily outtalked in the pavilion vestibule featuring photographs (printed on porcelain, as the photographs on traditional Polish tombstones) which were to introduce various funeral-related issues. On the one hand, we were presented with the assumptions for monuments built in the modernist spirit, on the other hand we had the tombstones of renowned architects, great modernists, such as Mies, Le Corbusier, or Alvar Aalto. The curators purposefully placed one fake among the photographs – a fictitious tombstone including a form resembling the CCTV in Beijing, authored by OMA – was it a hypothetical tombstone for Rem Koolhaas? This bit of irony seems inappropriate, since it undermines the overtone of the centerpiece.

However, despite all of these doubts, the exhibition in the Polish Pavilion is one of the most interesting ones in the Giardini. In fact, it is the tombstone laid for the modernist utopia.