The 41 installations at the Arsenale act in chorus to portray a country both in crisis and full of potential. The curator of the exhibition, Ippolito Pestellini Laparelli talks us through some of the highlights. 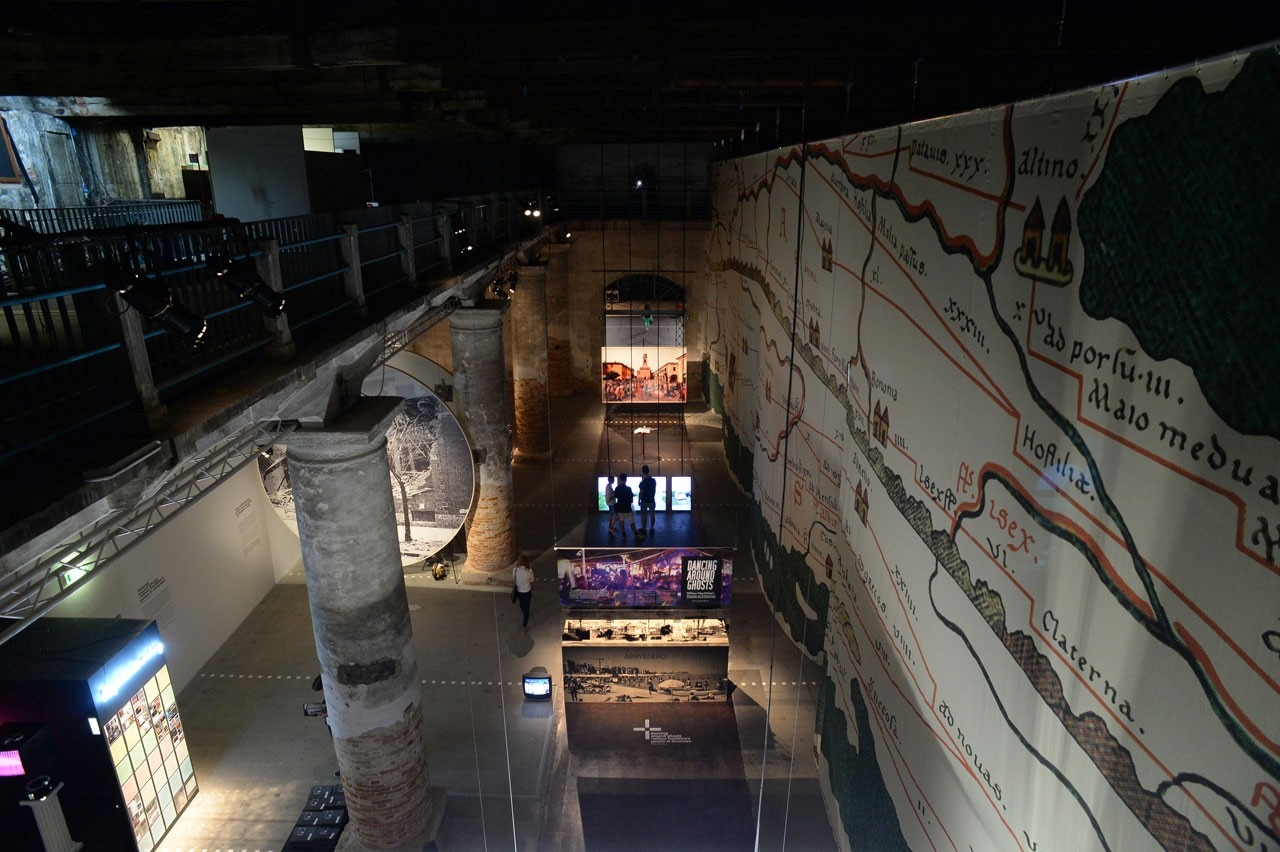 Spartaco Paris: How did the idea come about to develop a trans-disciplinary exhibition in an Architecture Biennale?

Ippolito Pestellini Laparelli: There are two explanations behind the decision, one is pragmatic and the other relates to “content”. We decided to extend the Architecture Biennale from three to six months like the Art Biennale. This meant it overlapped with “other” biennales (dance, theatre, music etc). We used this as an opportunity to engineer a transversal collaboration between the different departments and consolidate them in the space of the Corderie. It is new experiment in the history of the Biennale. “Monditalia” is a multi-disciplinary and polyphonic project. Architecture, cinema, dance, theatre and music all come together to deliver a comprehensive portrait of the country. Isolating a single component with respect to the others would reduce the potential of the exhibition. This overlapping is also motivated by the specific desire to place architecture in relation to other disciplines and by an intention to treat the large space of the Corderie as an ideal set. It is on the other hand a common attitude of OMA to recognise architecture as part of an extended and multi-disciplinary cultural system. In particular the AMO unit that I work for deals precisely with “borderline” projects.

Spartaco Paris: Once upon a time the typical picture of Italy was the Belpaese. Monditalia creates another picture of Italy; contemporary, idiosyncratic, multiple and non-consolatory. What positive things emerge from this exhibition?

Ippolito Pestellini Laparelli: In the exhibition Italy is taken as a prototype of the current moment: a unique and crucial country but, like many others, in a precarious equilibrium between crisis and great potential. As such Italy becomes an emblematic case of global conditions – the exhibition is in fact based on a paradox: to describe the world, we have described a country. It is not a psychoanalytic examination of the country's problems. There are various cases from which positive energy can be drawn: the video interview of Stefano Boeri (la maddalena, by Ila Beka and Louise Lemoine) in which the architect acknowledges the mistakes made with regards to the projects for the Maddalena for example. This is  a very strong gesture and one that constructive elements can be taken from. I don't remember other Biennials in which any architect made "amendments" for his own failures, given the general trend of these events towards "celebration". The case of Lampedusa (Intermundia by Ana Dana Beros) – a borderline place of transition par excellence, representative of a tragic immigration – is shown alongside the  description of the successful integration of the Sikh community and their places of worship in the villages of the Padana plain around the River Po (Countryside Worship by Matilde Cassani). With "Monditalia" we did not want to make a "full on" Italian pavilion celebrating the positive aspects of the country but rather describe, using an almost  documentary approach, Italy as part of a complex global network, between uniqueness and shared phenomena. In this sense, I also think to Startt's project on the issue of valorisation of historic heritage (public and private) poised between conservation and privatisation, a current issue for the whole of Europe.

Spartaco Paris: In the exhibition "Elements" the body of the architecture is dissected to analyse the elements. The presence of many disciplines occupies the scene, as if to sanction a multidisciplinarity of architecture and its confine with visual arts. Where is the architecture in "Monditalia"?

Ippolito Pestellini Laparelli: “Monditalia” in a broad sense, is a major intervention in the Corderie of the Arsenale, a giant theatre set. In previous Biennales, the exhibition was often a classic "mono-dimensional" experience. We have tried to manipulate this experience to make it three-dimensional. The combination of stages and the great Tabula Peutingeriana, offers multiple points of view and sequences of spaces in use and in continuous evolution. It is an exhibition of movement. All this would not have been possible without the need to respond to a complex and multi-disciplinary programme. In the most cases, the stages accommodate actual activities. We invited the groups belonging to other Biennales and those with which we are programming live events to work inside the exhibition space. "Monditalia" is to be considered as a permanent laboratory, a work in progress. The Corderie have been interpreted as an ideal set that houses both the phases of preparation as well as the finished product.

Spartaco Paris: What contribution do you expect from the numerous events planned up until November? Is there a particular event or activity you would highlight?

Ippolito Pestellini Laparelli: There are many. In general I hope the quality of the events and the level of participation of the audience will confirm the idea of “Monditalia” as a work in progress, constantly evolving and on permanent display. The weekend specials series of events will deal with the topics raised by the architecture exhibition in different formats: from workshops, to debates, lectures and live performances. It will be an interesting combination of work sessions, round tables, live music, experimentation of new technologies, etc. many different ways to to treat and present architecture. The Dance, Theater and Music Biennale all have developed very exciting programs for Monditalia. From the end July Monditalia will host every friday evening, screenings of Italian movies curated in collaboration with the Venice film festival. If the experiment worked, at the end of the next 6 months it would be interesting to look back at Monditalia as a sort of ideal school.