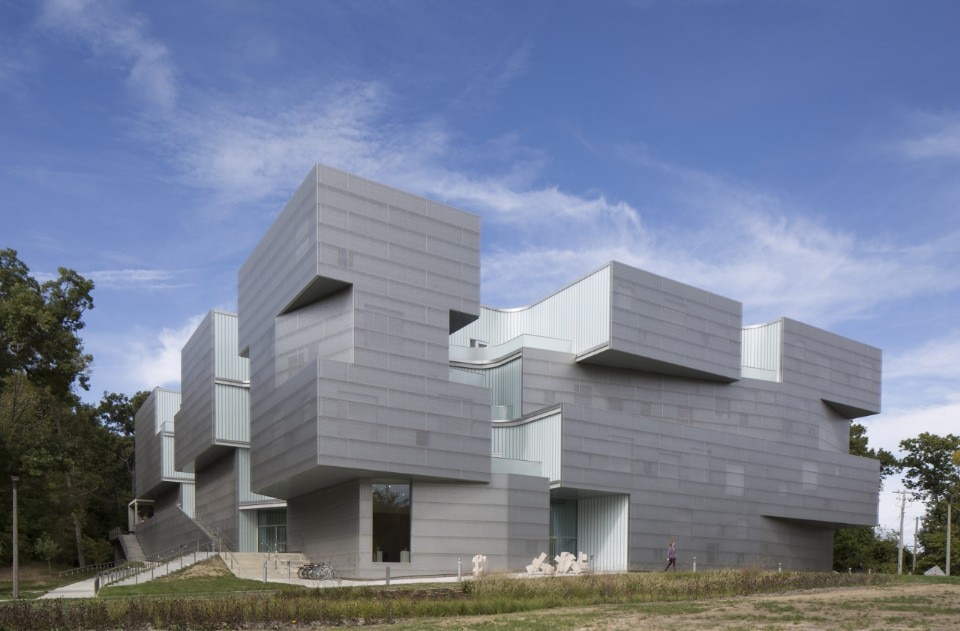 Founded in 1977, Steven Holl Architects is made up of a staff of 29 people. Chris McVoy, Noah Yaffe and Roberto Bannura work alongside Steven Holl (Bremerton, Washington D.C. 1947) in managing two offices, in New York City and Beijing. The studio’s activity ranges from urban projects to residential and office buildings, as well as one-family homes; the development of collective constructions tied to the world of art is one of the fields in which Steven Holl Architects can boast its vast experience.

The attention towards the architecture’s corporeal and sensory elements – light, colour, material – and the distinctive ability to master formal and spatial solutions are constant features of the studio’s architecture. Whether or not these characteristics derive from Holl’s training at the AA, they are present in the motivations of a philosophical nature to which the architect often refers in his writings, such as the phenomenology of Maurice Merleau-Ponty or the use of categories that recall the experience of perception.

Yet buildings such as, for example, the Museum of Contemporary Art Kiasma (Helsinki, 1998), the Simmons Hall university dormitories at MIT (Cambridge, Massachusetts, 2002), the extension of the Nelson-Atkins Museum of Art (Kansas City, Missouri, 2007) or the Institute of Contemporary Art at Virginia Commonwealth University (Richmond, Virginia, 2018) show how the studio’s architecture projects cannot be considered in just one light; each building is interdependent on the several contexts to which it relates.

Thus it’s up to Holl’s conceptual watercolours, painted before the realisation of the buildings, to highlight the fundamental ideas of each project; for instance, the figure of the chiasma for the Helsinki and Kansas City museums, the diagrammatic metaphor of the sponge for the MIT building, the various conceptions of ‘time’ for the Richmond museum.

In the case of urban projects, complexes like Linked Hybrid (Beijing, 2009) or Sliced Porosity Block (Chengdou, China 2012), indicate the disposition of Steven Holl Architects towards making hybrid buildings whose functional complexities are confirmed by passageways or raised footbridges that break the geometrical rules of construction; in so doing, they become alternatives to the isolated and single-function buildings typical of the 21st-century megalopolis.