The firm reinterprets Chinese vernacular in a contemporary key, finding a delicate balance between nature and the skills mastered by the locals 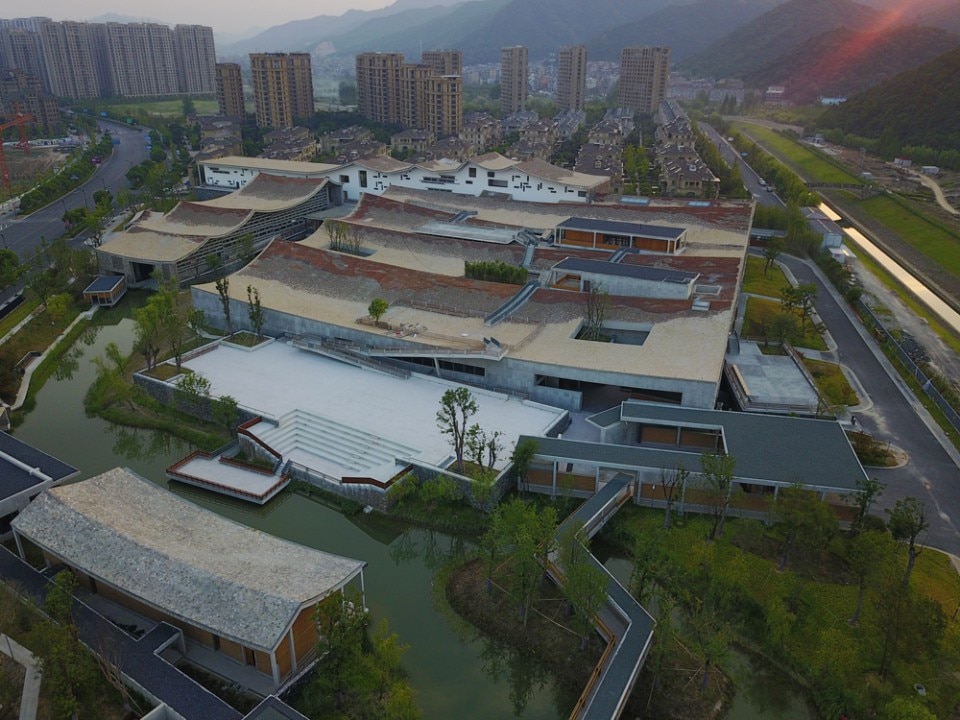 “My greatest interest now is to go to China’s countryside to find real culture, history and ordinary people’s lives, since many Chinese cities have changed too much and it is increasingly difficult to find such things there.” (Domusissue 1021, February 2018)

Wang Shu (Ürümqi, China, 1963) comes from this precise territorial context, where ancient architectural heritage has been all but obliterated over the past few decades to make place for trivial, hasty modernisation.

Awarded with the Pritzker Prize in 2012, this Chinese architect blames architecture and urban planning professionals for a disaster that is now almost irreversible. He sets out to counteract their work with his imperfect, artisanal and somewhat amateur approach: Amateur Architecture Studio is indeed the name of the office he founded in 1997 with his wife Lu Wenyu in Hangzhou.

The firm reinterprets Chinese vernacular in a contemporary key by combining traditional materials such as stone, wood and bamboo with the most modern technology, letting local manufacturers rework the initial concept. This leads to unexpected results. In keeping with ancient Chinese tradition, Wang Shu’s practice revolves around finding a delicate balance between nature and the skills mastered by the locals.

This approach is reflected in the Ningbo Historic Museum in Yinzhou (2008), a building with an anti-modern appearance, conceived as if it were an artificial mountain. “When I designed this, I was thinking of mountains. I couldn’t design something for the city, because there is no city here yet, so I wanted to do something that had life. Finally, I decided to design a mountain. It’s a part of Chinese tradition,” says Wang Shu in Domusissue 922.

The building’s facades collect snippets of the country’s historical memory: various types of brick, stone and debris collected from all over the region and from very diverse periods. The wa pan technique used to hold fragments and materials together is known only by local craftsmen. The building thus also becomes a means of transmitting local and traditional knowledge that otherwise might disappear.