Presented as a contemporary territorial “retroatlas”, the “Paris Haussmann” exhibition catalogue is a work generous in its reconsideration of the city, which reopens the debate on the current effects of Haussmann’s ideas. #fridayreads 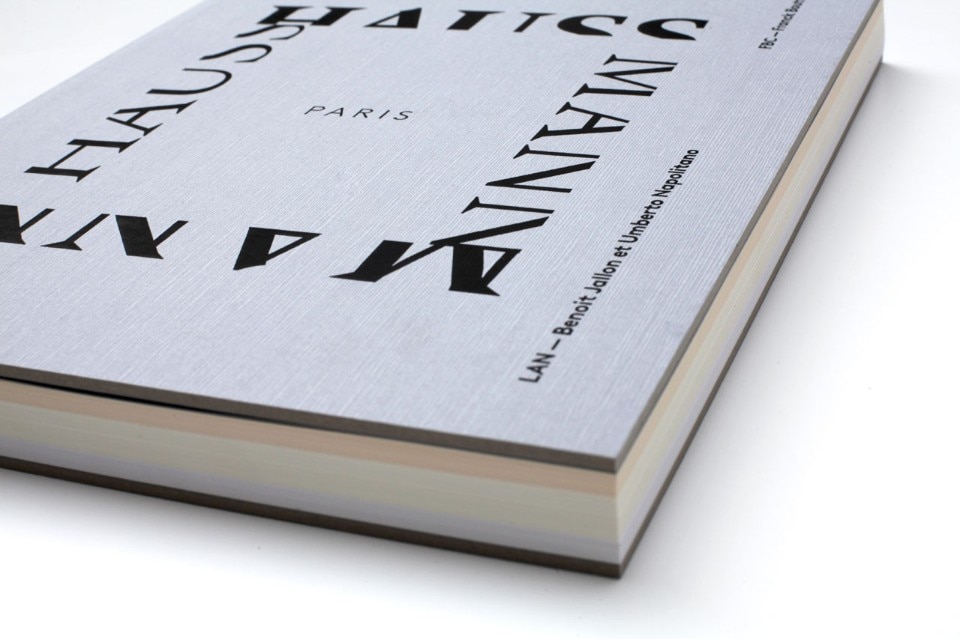 The idea of the city development of Georges-Eugène Haussmann – prefect of the Seine Department from 1853 to 1870 – was guided by an outlook that could withstand time. The catalogue for the “Paris Haussmann” exhibition at the Pavillon de l’Arsenal in Paris opens the doors to understanding Haussmann’s impact and legacy, which were able to establish the city layout and identity of the French capital, even today.

Written by Franck Boutté (FBC), Benoit Jallon and Umberto Napolitano (LAN), the catalogue offers a retroactive interpretation of the French capital’s modern transformation. It is amazing how Haussmann attempted to make Paris a tool of the industrial society of the age, aimed at following a functional and aesthetic programme. He tried to simultaneously satisfy social aspirations, human needs and technological evolution, by modelling space, the proposal of residential types and the use of a certain material and formal language.

The goal of the authors is to reopen the debate on the tools that create cities, which today have in part been forgotten. Rather than construction methods, the catalogue challenges the ability “to create a meaning” and “to erect a city”, just as Haussmann alone was able to pull of.

Boutté and Napolitano consider Paris as the most densely populated city in Europe and in the top five around the world. Far from being unbearable and unliveable, this density is experienced positively. If its relatively small size, compared to other world metropolises, is certainly a predominant feature, Paris represents an urban model worthy of interest. With its 20,000 inhabitants per square kilometre, Paris is as densely populated as Shanghai, and the eleventh arrondissement, in particular, with its 40,000 inhabitants per square kilometre has the same population density as Dacca or Manila.

The question is: what exists in the Haussmann system that makes this density bearable?

By analysing forms to understand its meaning: in this spirit, the work in the exhibition catalogue attempts to qualify, quantify and gauge the criteria that constitute this model as we know it today, but which in reality has yet to be understood in all its full scope.

For the Pavillon de l’Arsenal director, Alexandre Labasse, Haussmann’s ambition – supported a posteriori by a century of experiments – translated the equation indispensible for tomorrow’s cities: a profoundly collective city, contained within its territory. The ideas of the Seine prefect transformed Paris and made it a city that with today’s criteria we may call “durable”: because it doesn’t take up too much land, people can move around on foot, buildings have satisfactory energy consumption levels, where functions and people combine enough to make the system resilient and self-renewing.

In his introduction, Labasse quotes Snozzi: “Looking for flexibility? Then keep building stone walls”. This quote alludes to the “Hidden Order” of Yoshinobu Ashihara where the Japanese architect describes Tokyo in opposition to Paris and other Western capitals. While the Japanese capital is called the city of the future for its ability to change infrastructure and the “scrap and build” construction system that allow it to satisfy contemporary needs, Paris is described as a fossilised metropolis destined to remain in the past. In reality, the French capital is able to renew its urban fabric and embrace new infrastructure and technological innovation – though without forgetting its historic legacy. Haussmann’s model is reversible in its life cycle, able to metabolise differences and transform these into strong points.
City model, typological and morphological analysis of efficiency are the three parts that make up the work. By comparing all types of scale, the study classifies different investigation axes, distinguishes public spaces, organises blocks and buildings according to their current geometry and allows, for the first time, a reading of the Haussmann model qualities by relating them to today’s cities. In detail, in the first part, the reflection revolves around the model of the city and the primary connection structure composed of long, medium and short roads: the criterion of multipurpose direct access is highlighted. What derives is a discourse on the importance of emptiness (not really true for Paris) though necessary for its operation. It is obvious how the streets, îlot and buildings are connected to each other and necessary in defining a compact urban model. In the second part, the Haussmann construction is exemplified with a collection of types of facades, balustrades, decorations, ornaments, windows, doors. Everything converges in a coherent language that even today is recognizable starting from the construction details employed at that time.
The final part contains a graphic analysis with many diagrams on various energy performance levels that compare Paris to other cities around the world. Surprises are present here, too, and in a retroactive way readers discover the excellent qualities of a simplified method of building. In particular, a page demonstrates how both layers typical of Haussmann’s constructions – stone and plaster – perform just like contemporary buildings. A comparison is made, on the one hand, of a 2-layered shell and, on the other a wall structure with 12 layers of materials intended to guarantee energy performance. It is clear that stone from quarries outside of Paris was part of a definable process thanks to its sustainability.

Both the exhibition and the catalogue are enriched with models, diagrams, illustrations and, above all, the photographs of Cyrille Weiner, which reveal a city in all its mineral splendour: concise, succinct, analytical.

The authors define the research as a contemporary “retroatlas” of the territory conceived by Haussmann. In fact, this is an exploration and analysis of the features of this landscape at times uniform yet varied. A generous work in its new interpretation of the city, both in its architectural volumes and urban fabric as well as in its time and use. The debate on the effect of Haussmann’s ideas is now reopened.