“If you wait, people will forget your camera and the soul will drift up into view”. 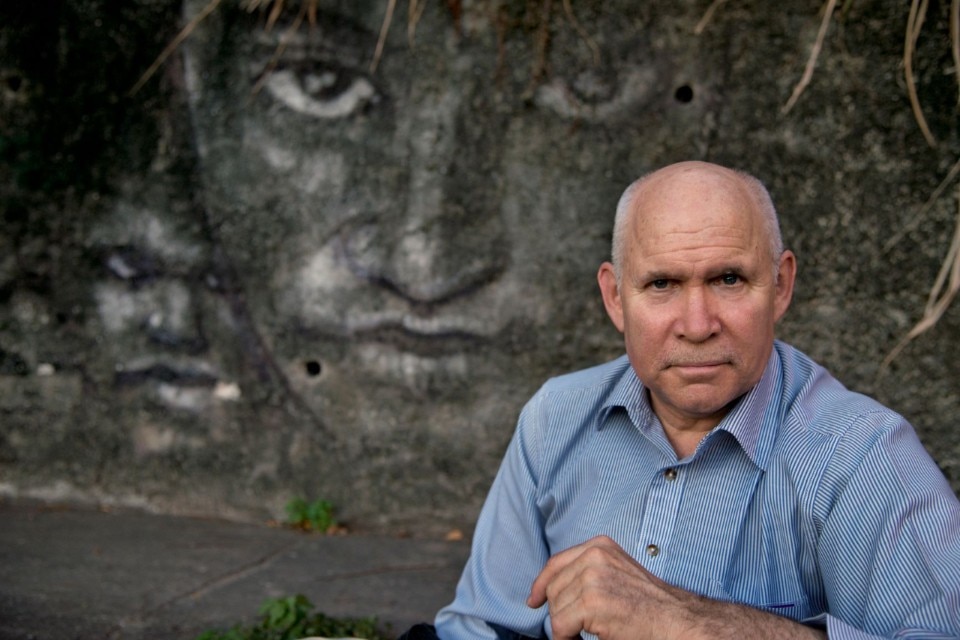 Steve McCurry was born in 1950 in a suburb of Philadelphia, Pennsylvania. His father was an engineer with a great passion for photography, and he passed on his passion, as well as the rigour and dedication to work, to his son. at first, Steve McCurry intended to study cinematography and filmmaking but, after enrolling at Penn State University, he gained a degree in theatre arts in 1974.

His collaboration with the university newspaper, The Daily Collegian, sparked his interest in photography, which was further strengthened by the first of his many trips to India, where he worked for a year as a freelancer.

It's never about the adrenaline. It's about the story.

Here, two Afghans staying at his hotel told him about the war across the border in Afghanistan: disguised in a shalwar kameez, he crossed it and joined the Mujahideen. He was one of the very first photographers to document this conflict, and his photos (he smuggled his rolls of film out of Afghanistan by sewing them into his clothes, thereby avoiding their confiscation) were published for the first time by the New York Times Magazine.  When, shortly afterwards, the Russians invaded the country, his was one of the very few works on the subject, and it was re-published by other important news magazines such as Paris Match, Time and Stern, which turned him into one of the top international photojournalists. In 1980, his coverage won the Robert Capa Gold Medal for Best Photographic Reporting from Abroad, an award dedicated to photographers who exhibited exceptional courage and enterprise.

He was arrested in Pakistan, beaten by the crowds at a religious festival in India, and involved in an airplane crash in Yugoslavia. He risked his life several times and was presumed dead twice.

During his 40-year-long career, McCurry has been the recipient of numerous awards, including the Magazine Photographer of the Year, awarded by the National Press Photographers' Association in 1984, an award of Excellence by the White House News Photographers Association in 1987, four first prizes in the World Press Photo Contest between 1984 and 1992, five first prizes in the Picture of the Year Competition (the last one he won was in 2000), the Eisenstaedt Award in 1998, the Lucie Award for photojournalism in 2003, a first-place prize awarded by the National Press Photographers Association in 2006 and the Leica Hall of Fame Award in 2011. In France, he was appointed a Knight of the Order of Arts and Letters. In England, he was awarded the Centenary Medal for Lifetime Achievement by the Royal Photographic Society, and in Italy he received the Ambrogino d’Oro Award and the Flaiano Career Award.

If I had to give up photography, I think I would still travel. To me, photography and travel are kind of intertwined. […] So, if I weren’t doing photography, I would be a professional gypsy.

In 1986 he became a member of the prestigious Magnum Photos cooperative. During an interview, McCurry said that Magnum’s co-founder Henri Cartier-Bresson - his “decisive moment” is evident in many of McCurry's photos - was “one of my greatest inspirations. He was an extraordinary storyteller. His photographs are elegant and well-composed, and he was an excellent portraitist. I don’t think his photos have aged one day since he took them. He was a documentary filmmaker [...] a very intelligent photographer, an artist.”

He has been working for years with National Geographic, for which he photographed in 1984 the famous Afghan Girl, the picture for which he is certainly best known, and that the CCN defined as “the world's most famous photograph”. (17 years later, again with the support of National Geographic, McCurry managed to track down the Afghan Girl in Pakistan and discovered that her name was Sharbat Gula. The first time they met, she was only 12 years old and she had never seen a camera before). Afghan girl was the peak of an outstanding series of portraits, a “genre” of which McCurry is undoubtedly one of the most recognized exponents. It is the perfect example of what McCurry means when he says that “What is important to my work is the individual picture. I photograph stories on assignment, and of course they have to be put together coherently. But what matters most is that each picture stands on its own, with its own place and feeling”.

Leafing through his photo stories, it is evident that he believes that history can be told only through the lowliest, and that even a single photograph can symbolize an entire event. In fact, even though he is often wrongly considered a war photographer and his name inevitably recalls the most dramatic theatres of war in recent history - Iran and Iraq, Lebanon, the Philippines, Tibet, the former Yugoslavia, the Persian Gulf and, of course, Afghanistan - he was never attracted by the fighting, but he has rather always focused on the daily life of the afflicted populations, and on the conditions in which war leaves the countries. For example, one of his most famous photographs is the one of three camels, looking for water, silhouetted against the oil-fire: as his army retreated from Kuwait, at the end of the First Gulf War, Saddam Hussein had ordered the ignition of the oil fields that scattered the country.

His curiosity, fundamental for his work, along with the respect, - partly matured with his interest in the Buddhist monks he has met many times, and whose portraits are collected in the book The Path to Buddha: A Tibetan Pilgrimage, 2003 - makes his photographs engaging and empathic, and capable of offering us that visual contact that, though brief, brings us all together, showing us that we're all part of the same story.

The total immersion in the story he's trying to tell, together with the desire to show disappearing cultures, have probably made him the master of colour photojournalism, so much so that Kodak gave him the last roll of Kodachrome, a film whose peculiar characteristics have been perfectly embodied by his photographs. But for McCurry, colour is never an end in itself, but it becomes content, information, message because, as he himself said, “A good color picture should be as graphic and have a sense of design the same way as a black-and-white picture. I also want some emotional content. I don’t want the picture to be only about color.”

The world has changed a bit. If I had the choice, I'd like to photograph the world of eighty years ago, when we were all more naive in front of a camera. Today we're more skeptical, maybe because we've all been behind the lens.

McCurry switched without hesitation from shooting color slide film to digital capture in 2005, because “I'm not one of those photographers that hankers after the good old days”, he says. “Digital photography is better than film ever was” (CNN). McCurry, who has always defined himself simply as a photographer, prefers today the expression visual storyteller, especially in response to the numerous criticisms on the use of post-processing methods and the major controversy that followed, and which made it necessary for him to take an ethical stand regarding the boundary between photojournalism and art. He also added that “a photograph can have artistic elements and still be documentary. there aren’t such clear lines between the two”.

McCurry is kind of a workaholic and he has repeatedly declared that he doesn't want to retire, (“I believe that when you find something you love, you should do it your whole life”) but today, now freed from the economic needs and limits of photojournalism, he feels free to choose what to photograph for personal pleasure. With this in mind, in addition to focusing on the books that retrace his entire career - including Steve McCurry (2005), The Unguarded Moment (2009), The Iconic Photographs (2011), Untold: The Stories Behind the Photographs (2013), On Reading (2016) and A Life in Pictures, (2018) - he has recently carried out a work on animals in the world (Animals, 2019) and is working on a photographic series on his daughter Lucia.

Examples of a very personal control over photography, even in commercial contexts, are the Pirelli Calendar 2013, for which he chose to photograph beautiful women - Elisa Sednaoui, Petra Nemcova, Isabeli Fontana, Liya Kebede, Kyleigh Kuhn and a pregnant Adriana Lima, among others - who were all involved in humanitarian work with Foundations and NGOs, and the thirteen-year collaboration with Lavazza that led him to travel to twelve countries to document working conditions in the coffee supply chain and, in 2015, to the publication of the book From These Hands: A Journey Along the Coffee Trail.

With ImagineAsia, the non-profit organization founded, among others, together with her sister Bonnie - who has always been at his side helping to organize the work - he's helping local communities to support the education and medical care of children in Afghanistan and Pakistan and, again in Afghanistan, he has promoted the Young Women's Photography Initiative.

We're all connected, in that we're here on this planet at this particular time and we all have to interact and get along. Try to coexist in a good way. And, do it right now, cause we're gonna be dead, and another group is going to come in and replace us. So, let's try to take care of the planet and let's try not to kill each other, so that we can do whatever it is that we want to do. What's the ultimate goal here? It's to enjoy this brief life that we have and make it as fulfilling and worthwhile as possible.