Between public and private: the Syrian crisis as seen from Beirut

Beirut, with its multi-polar geography, remains a theatre of conflict and local micro-wars; it is a city in need of a new housing policy – as the Syrian refugee crisis has revealed. 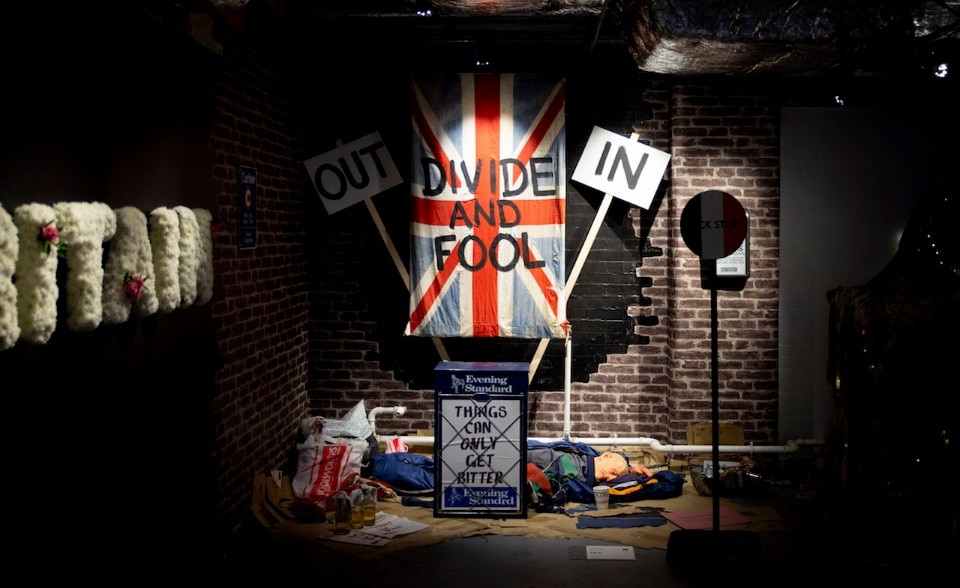 According to the UNHCR (the United Nations Refugee Agency), over the last three years Lebanon has become the country with the highest number of refugees per capita in the world: since 2011, almost 1,200,000 people fleeing the war in Syria have crossed the border into its territory.
The impact of this chaotic exodus, constant yet fluctuating in number, on a nation of four million people has been devastating. The sudden 25% increase in the population has produced a series of reactions that have brought the Lebanese state – which was already creaking before the crisis – to its knees.

Once-thriving sectors of the country’s economy are now crisis-hit. Tourism, for example, has been falling rapidly for several years. What was at one time seen as a favoured revenue source, the influx of tourists from the Gulf countries, has dropped sharply: there were 500,000 Arab visitors in 2011, but only around 131,000 in 2013. At the same time, according to the Ministry of the Interior, the level of petty crime has increased by 60% since 2011, and 26% of the Lebanese prison population is made up of Syrians.

As it is not a party to the 1951 Geneva Convention, Lebanon has attempted to cope with the refugee crisis with ad hoc solutions. Up until 2014, thousands of men, women and children crossed the border with Syria every day almost unhindered. It was only last year that the Lebanese government decided to launch a programme aimed at the gradual reduction of the number of refugees in the country, putting in place a series of limitations both bureaucratic (obtaining a residency permit valid for six months costs $200, while renewing it has become very expensive) and military (guarding the border crossings and encouraging refugees to return home).

From the purely economic point of view, it is nearly impossible to quantify the contribution made by the migrants to the Lebanese government’s revenue. Once they have arrived in Lebanon, the refugees are generally forced to take underpaid and exploitative work, particularly in agriculture and construction.

Doctors, lawyers, as well as graduates more generally, are not allowed to practice their professions in Lebanon, and see themselves gradually slide into a precarious way of life. But it is true that, in contrast to all the stereotypes, almost 80% of Syrians who have arrived in Lebanon pay rent regularly, at an average of around $200 a month. It is estimated that the contribution made by Syrian citizens to the Lebanese economy in terms of house and flat rental alone is around 32 million dollars per month.

In these conditions of permanent instability, housing, schooling and healthcare have become overlapping – and at times converging – political battlegrounds: international bodies, non-governmental organisations and the country’s main religious groups are all working on different ideas and solutions, aimed in most cases at reconciling the competing interests of different groups. The health emergency remains a central question, given the constant increase in cases of malnutrition.

Last year the World Food Programme cut assistance funds to Syrian refugees in Lebanon by 30%, making the situation even more critical for many citizens.

In terms of education policy, the Lebanese government has recently launched a programme for the gradual inclusion of young refugees in the state school system. Despite the efforts made in this direction, around 70% of Syrian children will not be able to attend a state school in Lebanon, the result of a lack of places, excessive school fees, and poor infrastructure.

But the major question, which the Syrian refugee crisis has simply brought to the surface, and which also affects the most disadvantaged sections of the Lebanese population, concerns the need to define a new housing policy – the need to find accommodation that can house thousands of people throughout the country, without resorting to the type of refugee camps tried in the past with the Palestinian exodus. The Syrian refugees are present throughout Lebanon, but in fragmented settlements; they live in around 1,700 different localities, especially in the poorest areas of the country, in the north, south and in the Bekaa Valley.

Around 300,000 of the million refugees who have arrived in Lebanon in recent years are officially resident in Beirut. Many have found space in informal settlements outside the city. Others are living in the south of Beirut in Hezbollah’s Shiite stronghold, or have taken shelter in the famous Palestinian camps, which are now completely integrated into the capital’s stratified fabric. This is true of the Shatila camp, which was originally built in 1949 to house refugees from villages in the north of Palestine, and which was the scene of the famous massacre carried out by Phalangist Christians with the support of Israeli troops.

The population of the refugee camp, originally estimated at around 10,000, has now jumped to 22,000 as a result of the massive Syrian presence. Another example is Haret Hreik, a municipality under the de facto control of Hezbollah, and traditionally a refuge for the most marginalised in Syrian society. Reconstructed after the war in 2006, it is an arrival and departure hub for many Syrians.

The pressure of the Syrian migration on the Lebanese capital has produced two effects. These differ in nature and are not directly connected. The first, as we have seen, is the need to re-think the means of providing low-cost accommodation that can welcome and offer shelter to thousands of people. The second, a reaction of the better-off classes to the invasion of areas once considered off-limits, is the gradual militarisation of private spaces and political representation, and the simultaneous privatisation of public spaces in the cities.

This process began in the 1990s with the reconstruction of the centre of Beirut (“Downtown”), which was entrusted to a private company (Solidere), whose founder, Rafik Hariri, later became prime minister. Via a series of legal tricks, procedural faults, and abnormal political concessions, Solidere came to manage the entire process of transforming the centre of Beirut (during the Lebanese civil war of 1975–1990, around 80% of the buildings in the centre were seriously damaged).

An almost unique example of the use of neo-liberal urban planning policies to dismantle all forms of public control over changes to the city fabric, Downtown-Solidere is the hyper-militarised face of Middle Eastern capitalism – it was financed in large part by Saudi Arabia and furnished with designs by international architects. The process of reconstructing the centre of Beirut is still not complete, but Solidere has an annual turnover equivalent to almost a quarter of Lebanese GBP.

As this suggests, in such a geo-politically complex and unstable region urban planning is never a neutral, innocent activity, but has always implied and expressed the social and religious tensions afflicting the city. Beirut has historically been a place of conflict and micro-wars both local and global whose effects are immediately translated into physical terms, into borders, walls and lines of separation and disconnection.

Forgetting this about Beirut would mean obscuring an important aspect of city life, which is marked by urban violence, the militarisation of land, and the fragmentation and redistribution of whole areas according to the influence of different groups. The original division of Beirut into two sectors during the war, one predominantly Christian (East Beirut), the other Muslim (West Beirut), is still latent today.

Overlapping this multi-polar geography is the southern zone of the city, which is completely controlled by Hezbollah, and a series of urban fragments which have over time been colonised by refugees and ethnic minorities (such as Shiite groups that moved from the south of the country during the war). We can set the progressive privatisation of many of the city’s communal spaces in this context.

As well as the Solidere case, there have been equally brazen attempts made in recent years throughout the country. A recent example is the port of Daliyeh and its famous rocks, an area used for decades for picnics and family trips, a refuge for fishermen and the working class. It is now fenced off and closed to the public, and is about to be transformed into a luxury resort designed by OMA/Rem Koolhaas. In the same way, almost 200 kilometres of coast and 2,500,000 square metres of land have been gradually privatised, the result of the construction of resorts of hotel buildings linked directly or indirectly to local political figures.

A new generation of students and citizens have expressed their unhappiness with this model for managing the public sphere and the need to construct alternative spaces for debate and discussion. As last summer’s mass demonstrations showed (these took place, by an irony of sorts, in the Downtown area), Lebanon is at a crossroads – and, paradoxically, the Syrian crisis could provide the impetus for a new model of co-existence and community.

Stefano Corbo is Visiting Professor in Architecture at LAU (Lebanese American University), Beirut, Lebanon. He has contributed to several journals and has been a guest lecturer at ETSAM, University of Miami, and University of Wisconsin.