Or, How to Green Secrecy 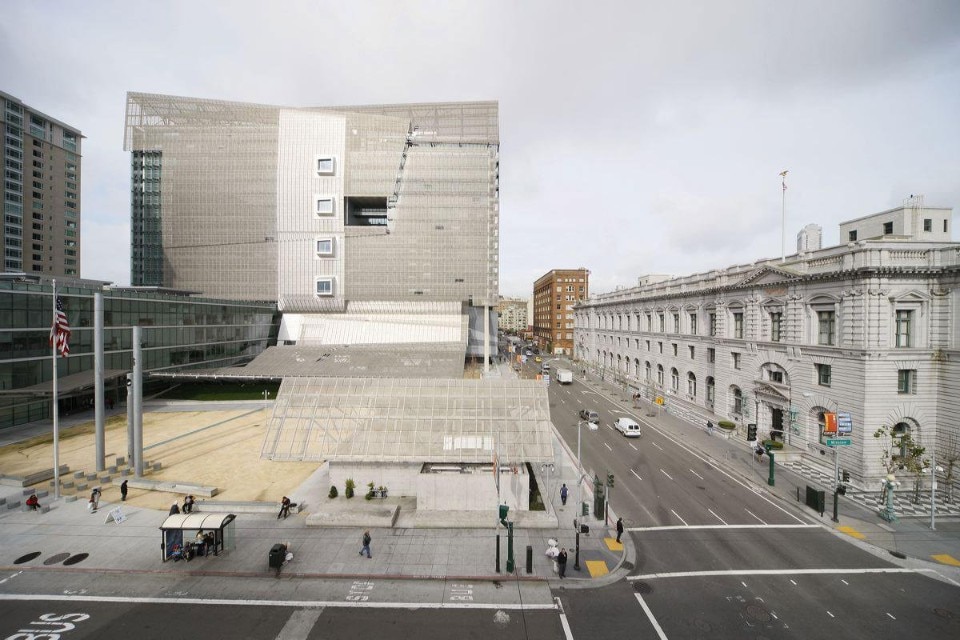 Just a few days ago a curious file came to my attention. Released on the Infinileaks website – one of innumerable anti-secrecy groups spawned in the wake of the Julian Assange era – this document they claim exposes a plan for a top-secret Department of Homeland Security Cybersecurity Command Post.

So secret in fact it was allegedly drafted without President Obama's knowledge. Interestingly enough, it also references a current architectural design competition that's being co-sponsored by the General Services Administration (GSA) and Metropolis Magazine. The goal of "Next Generation 2011" is "to take an ordinary GSA office building in Los Angeles, apply immense skill and creative energy, and GET ZERO – Zero Environmental Impact."

What has emerged in these documents are the trails of a small number of officials with "very high national security clearances" who purportedly acted alone by contracting an undercover team to design an "Infowar Fusion Substation." The stated objective is "to facilitate a different kind of operational landscape of secrecy," one that "could function autonomously within the government's critical intelligence infrastructure while remaining undetected."

Wow. Sounds über sneaky. Analysts say the leaked files show how a few disgruntled members of the DHS' poorly-implemented National Cybersecurity Center (NCSC) and the National Security Agency (NSA) collaborated covertly to plot the construction of "clandestine sub-government infowar bunker," or what Infinileaks has called a potential "black site right under the government's own nose." Not only does this raise alarming new implications for the depths of dissent that persist internally within the nation's top security brass, but casts 'green architecture' as an intriguing suspect in the role of masking secrecy.

Deemed an "experiment in crypto-spatial warfare," correspondences between members of this rogue group cite the Next Gen. 2011 design competition as a source of inspiration and to encourage the designers to imagine their own "shadow entry." Elements of the secret request call for a "superior stealth architecture" capable of operating "without (or nearest to) any recognizable environmental footprint." It spells out the requirement for "a space that may need to (at times) hibernate under cover while still in public view, but where secrecy could continue to optimally thrive as the means of a process and practice unto itself." Can you say, secretopia? But wait, it gets better.

"We seek new approaches to the management operations and command trajectories of privileged data," the document reads. In order to assure secrecy "the unimpeded terrain it requires to maneuver across both urban and cyber spatial domains," one objective "is to achieve a building that avoids any technical traces of its own existence: a ZERO trace architecture." Other goals include: "new disguises for the archival means of informational storage, exchange and distribution", and "an embedding of data space that engages nature as potential interface." The secret document also mentions "a soft-shell armory-like site suitable to the weaponization of secrecy"; and, more fundamentally the provision for "a spatial logic designed for secrecy's own survival beyond the human machinations of oversight" – but only as a "default mode of secrecy in the event of a non-functioning government."

The Infinileaks documents are made up primarily of transcribed audio-recorded memos exchanged between officials and designers, and briefings the group says reveal "an overarching scheme that treats secrecy as some kind of recombinant form to harness energy." In one memo the design team spoke about combating the culture of anti-secrecy activism with "a new counter-culture of resilient secrecy" seeded at different strategic levels within the building's form. They said, "we envision a building that interlaces the highest standards of green design and the technological expansion of supra-secrecy's spatial fix"; imagine "the architecture of sustainable secrecy," one designer was quoted.

At its most visible, secrecy would be resold to the public as its own kind of green movement, the designers elaborate. Secrecy's legitimacy as a political necessity, they state, "would be made tangibly normalized by the ability to convert the trade and currency of secrecy into a commodity-mode of energy production […] to consume secrecy would be to sustainably power government," the designers tout. "Democracy should be run on an organic diet of participatory secrecy. This would not only make the industrial habits of secrecy more carbon neutral or the bureaucratic obesity significantly minimized, but secrecy would acquire a much more public-friendly first line of defense."

Trying to make sense of this, the building apparently itself would constitute the world's first literal "secrecy farm", they say, utilizing the buffers of a flourishing outdoor landscape – or "crypto-agriculture" as they called it – with "innovative bio-morphic engineering" where supposedly "temporary multi-use chambers would grow and then disappear." Sound crazy? Get this: Through pioneering applications of "photo-cryptogenics" trade secrets "would be securely encoded in various patterns and strains of nature itself," possibly even creating "a new frontier into food design"! Will we all one day be eating away the evidence of government corruption?

As if all that weren't hair-brained enough, the designers have also concocted a "taxonomy of secrecy" that "indexes experimental horticulture" and "fuses data encryption with hybrid forms of landscape design." Adding to these convolutions they say, "it's political secrecy designed not only to be verdant and beautiful, but ultimately to function as a potential geopolitical energy turbine of sorts."

If such a plan is to be taken seriously, what we're talking about is an architecture that would propagate a new ecology for secrecy by hiding its power right out in the open in plaint sight, in rampant outdoor gardens and funky urban farm sites surrounding, or perhaps completely cloaking, the building itself.

Quoting the memos further: "Secrecy's secrets themselves would be stored in the new seeds and sprout-forms of cyborgian flora creeping in and out of view of the building's peripheral oasis. The interior of this building would be a near-labyrinthine botanical laboratory lit up by a highly complex networked "hall-of-mirrors" that grab and redistribute sunlight through its tinted facades. Weaving the interior together would be reconfigurable collaborative spaces for intelligence types, network hackers, landscape architects, data forensic specialists, and agricultural futurists.

Other design features include: "hanging secret gardens"; "a deployable cloaking skin of imbricated solar panels that bend light around architectural mass giving the space the illusion of no longer appearing"; "self-dissolving rooms"; "seed canons for secret-data transfer and space deployment"; "an air-to-water conversion arboretum", among others.

One official was cited saying, the plan is "an exceptionally innovative approach to managing the industrial spatial and cryptological requirements of today's deeply entrenched political need for both the exercise in state secrecy, and the more consumptive task of normalizing secrecy to mitigate it from greater public scrutiny."

Perhaps, most revealing are extracts from an alleged conversation between officials bragging about now having the capacity to establish "the most architecturally-advanced" and "self-sustainable-secret government office space ever conceived." One of the substation's designers was quoted saying the project would not only "revolutionize the industry of government secrecy" while "securing the illusion of an open democracy," but "we've designed a building that – theoretically – could operate in complete parallel, and even in opposition to the President's wishes, if the necessities of secrecy warranted it."

The project was dubbed "Double Zero" because not only did it seek to create the illusion of a zero environmental impact, but would use "zero" to create the illusion of government transparency. It is, for all intents and purposes, zero as a lenticular form of political violence – not just as a tool of war but as one analyst pointed out, "it is the extension of war itself." It is war through the greenest architectural of means.

Best line of record so far was from an official who was reported saying, presumably only half-jokingly, "Send the First Lady a Rose, she'll have no clue of the political intrigue she is actually smelling." Bryan Finoki

Bryan Finoki is the author of Subtopia: A Field Guide to Military Urbanism a blog exploring the politics of space in the context of permanent war and everyday security. With a background in creative writing, art, psychology, and activism, he has been an invited speaker internationally, and is an adjunct professor at Woodbury University's School of Architecture in San Diego, California. He's contributed to a range of publications and journals on the topic of spatial politics, and is one of the founding members of the #DEMILIT Collective, a diverse crew devoted to "decoding military landscapes."