Can you still be happy in San Francisco?

The economy of Google, Apple and all other startups has made Silicon Valley a unique case in the world. A place where architecture has an ephemeral role, design is not that of Milan, and the keywords are gentrification and startups. A recently published book tells this story through the eyes of Italians. 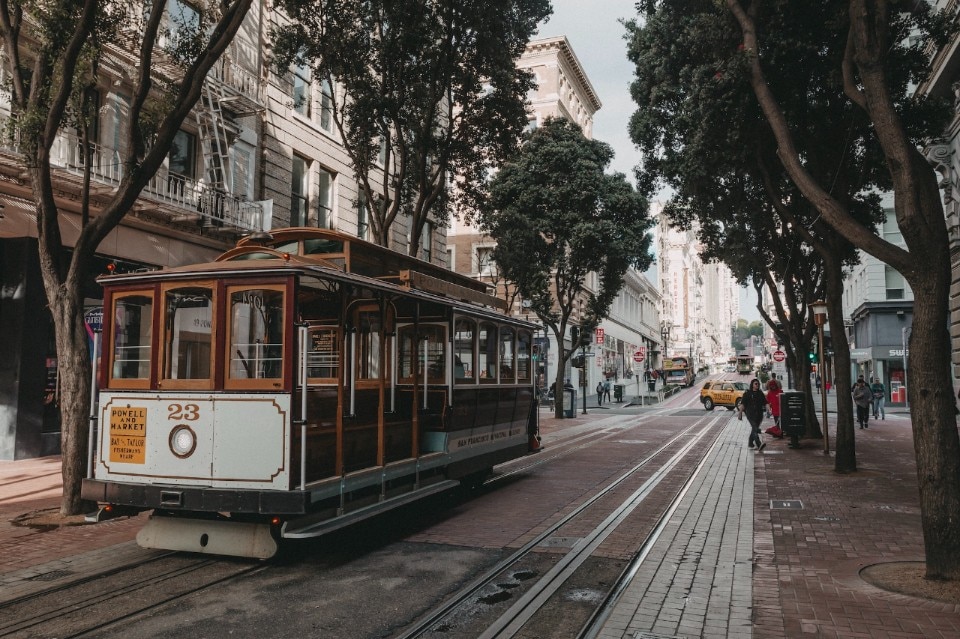 Michele Masneri has just published Steve Jobs non vive più qui (literally Steve Jobs no longer lives here, Adelphi, €19), a book in which he talks about San Francisco and the whole year he spent there in 2017 as a correspondent for the newspaper Il Foglio, with lots of updates. The author has an atypical background: first, he studied international relations, then he approached economic journalism and finally he focused on cultural journalism, even though he always gives his best performance when covering serious and sensitive topics such as economics 2.0. His cheerful book full of anthropological, urban and ideological analyses confirms it.

Read also: Tiffany Godoy: the relevance of the street

For those used to architectural literature, your book is unusually cheerful, given the massive amount of alarming texts about difficult living conditions, for example How to kill a city by Moskowitz. So, can someone still be happy in San Francisco?
Yes, absolutely. In a certain way, the high prices are an incentive for a society, which I think is more honest than the Italian one: if it is true that you must pay 4000 dollars a month for a two-room apartment, it is also true that very few people decide to sublet, while in Italy it’s very common to do it. So, there is a very strong urge to study and find a good job so that you can afford a nice apartment. Everyone in San Francisco would laugh at the situation in Italy, where 90% of homeowners in Rome or Milan live on the income from startups that were established in the 1800s.

In your book, you focus a lot on the territory. On the one hand, you help to understand how this seaside town works, but on the other you criticize the myth around it by looking closely at it without neither condemning it nor celebrating it.
Many people don’t realize that San Francisco is a very small city, with an architecture that is a bit subdued: there aren’t any skyscrapers designed by archistars, the very same concept of design doesn’t seem to interest anyone. When I interviewed David Kelley, the legendary inventor of the Apple scroll wheel mouse, I asked him if Milan was still the capital city of design, and he literally laughed at me! When I asked him about product design, he didn't understand the question: no one cares about this topic anymore, they’re all focused on design thinking or process design. Then, you have to remember that San Francisco is a city of engineers, rather than architects. Here the hippy culture, the alternative culture of the 70s (including drugs) and the great digital infrastructures of the 21st century merge together. They insist on creating wooden buildings in a place that is subject to strong winds: I don’t know a single person who hasn’t lost a family member to a fire. So, architecture in general has an ephemeral character. At first I was a little upset about it, but then I started to appreciate it, I was no longer overwhelmed by the very Roman concepts of ‘classic’ and ‘eternal’. In San Francisco there is neither a Richard Neutra nor a Frank Gehry, in this sense Kelley's house is like a cathedral in the desert.

Big companies don’t think that design is strategic, not even Apple, with its minimalism explicitly inspired by Dieter Rams.
Both two founders of Airbnb are architects, so you'd expect to find designer armchairs in their offices. And yet, you couldn’t be more wrong: the aesthetics is consistent with their product – an architecture that I would describe as childish. Chris Lehane, former advisor to Bill Clinton and inspirer of House of Cards’s chief of staff (Doug Stamper), is now an Airbnb manager and, like the others, he has a small office in the headquarters: his is Cuban style (the others are German, Italian, Mexican, etc.) and it's junkspace architecture, it reminds me of a shop in a mall. Everything is part of the aesthetics of a place that is mainly populated by young people. There are very few adults because if you happen to have children then you can no longer afford to live here: just to make an example, a kindergarten registration costs about thirty thousand dollars a year. So, everyone lives together, everyone is more or less single, and lives in Victorian-style villas.

Among the many stories about gentrification, we find that of Oakland’s Golden State Warriors, who moved to San Francisco. This resulted in an increase in ticket prices and many fan riots.
San Francisco is very different from Los Angeles. For example, there are no artists, so gentrification is different too. Many people talk inappropriately about it, especially in Italy where it practically doesn't exist, except for maybe in a couple of Milanese neighborhoods. In Rome it’s exactly the other way around: Parioli is the neighborhood with the most sinkholes in Italy, and in the historic center there is a democratization of degradation that sometimes is higher than that of the suburbs. San Francisco isn’t densely populated, and it has very strict building rules: here, illegal construction simply does not exist, the parks are protected at a constitutional level and there is a real passion for greenery. Gentrification is induced only by technology, and this is the weak point. While I was there, I often went to L.A. not only for its lower prices, but also for its greater social diversity. Professors, lawyers, artists and architects can’t survive in San Francisco, so after a while I didn't know who to talk to. The only journalists in the city are specialized journalists, and they only talk about money. It's a monoculture! Castro, the historic gay neighborhood, is flooded by techies who are always looking for new neighborhoods to colonize. They all co-live, who lives alone is an eccentric. The director of the Harvey Milk museum, however, is not worried about it: he says that the gay community has always moved over the years. For example, in the 1800s, it was on the Barbary Coast, while the city was almost for men only (gold diggers, sailors and Alcatraz convicts).

Read also: Emanuele Coccia and the violence of our homes

About that, you have written a lot about the architecture of gay saunas, which are almost like very festive hidden villages.
The saunas, which at the beginning of the AIDS epidemic were demonized because the mechanisms of the virus were not yet well known, are very few now. However, they should be seen in continuity with the neighborhood parties and gay prides in which tourists wear BDSM leather harnesses and stuff like that. This has important economic repercussions, from organic viagra to strictly ecological merchandising. Obviously, there is a demystified idea of sex, which is lived almost sportively. Everything is lightened and depowered, as it happens with America in general.

Even tourism here is unique.
Tourists here visit Linkedin’s headquarters and Steve Jobs’ garage, they take their picture in front of the big blue thumb at Facebook headquarters and so on… and they eat in the many excellent pubs and restaurants that surround these new ‘pilgrimage’ destinations. Not only the technology, but also the catering in Silicon Valley is excellent: the attention that there is today also in Italy for zero-mile food, farmer's markets, organic supermarkets like Whole Foods and Trader Joe’s comes all from here. In all of San Francisco there is only one run-down McDonald’s: I’m quite sure that every day, more hamburgers gets eaten in Rome than in the San Francisco Bay, where on the contrary avocado toasts are now very popular (and in Milan, too).