A conversation with Sapper

In this interview with Marco Romanelli, from Domus 674, Richard Sapper bears witness to the scope for design as a personally loved profession but also as one correctly practised within industrial structures and market laws. 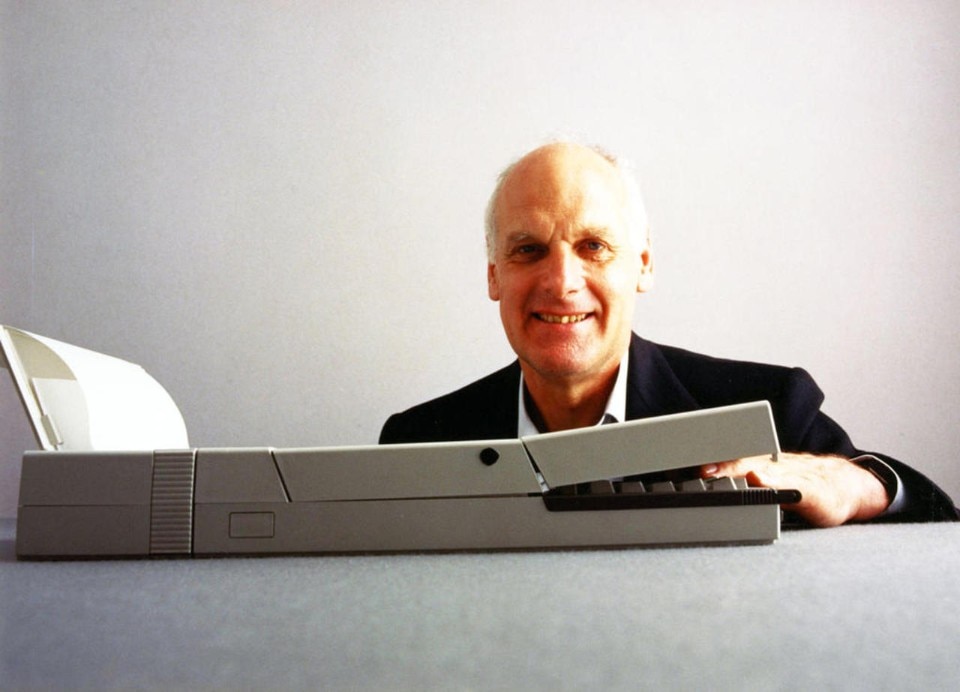 Share
This article was published in Domus 674, July-August 1986
Marco Romanelli: A consultant for IBM starting from 1980, your work is finally taking shape, today, with this machine. What form does your activity in IBM take exactly? What is the planning history of this object?

Richard Sapper: It's a story lo be told at length. Let us start from the direct predecessor, that is, from the by now very famous IBM personal. This was created in great secrecy in Florida and wilh considerable haste. As regards its industriai design we carried out the assembly of it with already existing elements. The monitor had been in production for many years: the standard IBM keyboard did enjoy its first application although
fhis was also foreseen for ali of the successive products; and the printer was even of Japanese design. Therefore the only component which was projected in an autonomous way was the body shell. A situation like this might indoubtedly appear incomprehensible if it didn't illustrate the “trame” of the story: the organization 01 IBM with regard to the development of the products.

IBM is subdivided into dozens of divisions, each of which being “a grand firm in its own right”, having different tasks, at times in competition among themselves and which, in any case, are considerably autonomous with respect to the centrai direction. In the field of the projecting of the products, consequentty, practically the only organism of the Corporation which works on a unified basis is that of the “Corporate Design Program”, for which I am the external consultanl for product design. My activity can be divided into two sectors: a) general consultation, with the aim of defining a project policy which can be adopted by the 15 IBM design centres in which one has about sixty designers, and also with lhe idea of the criticism and the personal direction of the same designers; b) a planning acltvity of which this computer is the first fruit. The development of a new IBM product is, in fact, carried out over a number of years.

Every time an individual division decides to develop a project a “Program Manager” is nominated who will have the entire responsibility for the project itself and who will work with his team, as if it were a small independent firm. It is perhaps in this “organization” that one of the secrets of IBM's success lies. Then there exists a section called “Advanced Technological Research” which normally formulates proposals for new products. Whenever these are accepted by the generai direction they are entrusted to a Program Manager. The project under examination was, in fact, created by an advanced research group at Boca Ratom in Florida. I found myself involved immediately in the project hypothesis: hoping that it was possible to create a portable personal computer which exclusively utilized innnovative technologies. Although the echelons of IBM belivied in the machine it was feared that it was premature. It was then decided that it should be the same proposer group to take the program ahead. Only nine months later, when by this time the project was much more definite, did the passage to a normal development program take piace, this time in Texas. It was – I admit – a traumatic moment for me and at the beginning I thought that the project would have failed. The unexpecled happened instead: the first absolulely exceptional group of engineers was substituted by another, equally formidable group with which I concluded the project in Aprii 1986. For a total of almost four years of work, begun in September 1982, and with the passage between Florida and Texas in January 1984. It was in Florida that the idea of the “alligator” saw the light of day. I had no doubts at all: the machine had to recall an alligator. Every time I arrived in Florida my colleagues tried to scare me with loy crocodiles in rubber, tin or paper. Let's, at this point, examine this product – to which we gave a name – in greater detail. The guide-idea consisted in creating an extremely simple object when not working, although capable of presenting a complex form to the user at the moment of use. Let's begin the investigation with the screen. Bayonet set, it can be substituted with a cathode-tube screen (supplied as an optional) and above all permits following the extremely fast technological development in this field without intervention on the machine as a whole. The screen can be reclined at will: the individuai user will be able to deline the most suitable position.

The keyboard, which appears on opening the machine, takes on the best inclination for work and the transport handle, if extracted at this phase, may serve to support the wrist during the typing operations. And also the disks are housed in an elevated position in order to facilitate their insertion. If we move progressively downwards we can see how beneath the blue key, regarding the disks, one finds a “small rail” which is necessary to prevent touching certain keys by mistake. With the machine closed it ought to have been absolutely flat, simple. As an impression this is so – a posteriori –: in fact it presented a great number of problems. Completely new technology – never before used by IBM – was in fact used for ali the key elements. The initial hypothesis foresaw a computer mounted on a sole, flexible printed circuit, including keyboard and screen, which followed the movements of the shell during opening and closure. The finished machine, however, did not integrally follow this hipothesis. A single circuit, remains, although it is broken up into various rigid segments, united by flexible portions. The principle remains inaltered: from the point of view of the electronic architeclure of the machine all of the components are mounted on a sole circuit. There is a further innovative aspect tied to production methods: the machine is not touched by “human” hands. The factory is completely automated. This fact is the more exceptional the more one is aware of the complexity of the assembly of the object. The development team – in Austin, Texas – was made up of about 100 people, divided into three groups of homogeneous size. One third was charged wilh the study of the machine; the second wilh the study of lhe software (much easier to use than in the normal Personal Computer); the final group with the study of the automatic assembly. This group worked so brilliantly that very, very few modifications to the machine project were necessary in order to adapt it to the especially created optically controlled robots.

M.R. The actual neutral chromatic version represents a precise choice or else only an initial phase? A crocodile is green, office machinery black...

R.S. In effect, the machine ought to have been black. I have often created black objecls, though it would have been too far off from the IBM standard. As a second choice I would have liked to adopt a dark grey, certainly less easily dirtied. The choice was finally made for the usual IBM grey

M.R. In what way does an object Iike this “talk” or “speak” about the future of work places? Can one hypothesise a “domestication” of the office or, rather, of an accentualion of the hypertechnological image of the same?

R.S. First of all, why crowd the work surface when the same function can be carried out with a machine which is much smaller? In my opinion it is very important to direct attention towards work objects and environments the users of whom, in generai, don’t have any choice, rather than towards objects for private use (bought by everyone, according to personal preference).