One of the world’s most influential intellectuals, the Indian activist has always been a controversial figure on the international stage. 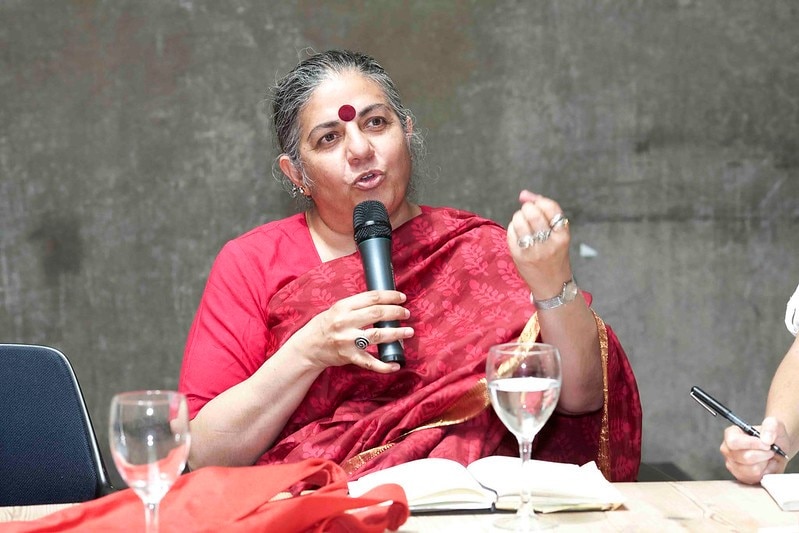 Among the protagonists of the second edition of domusforum - the future of cities, stands out Vandana Shiva, the Indian activist who for decades has been fighting for an ecological paradigm that protects biodiversity and rural communities in India and beyond.On October 10 at the Teatro Parenti in Milan she will give a speech entitled Food is the Living energy of life. The web of life is a food web.

In recent days Shiva has been at the center of the controversy in Italy following her appointment to the scientific council on sustainable development created by the Minister of Education Fioramonti.

Considered one of the most influential thinkers in the world (in 1993 she received the Right Livelihood Award, a sort of alternative Nobel prize; in 2003 she was named Environmental Hero by Time magazine), Shiva is a controversial figure, accused by the detractors of anti-scientific and even fraudulent methods.

In 2014 on that icon of the American liberal left that is the New Yorker appeared a very hard article in which she was accused of having manipulated or invented some data behind her theories.
In particular, the article aimed to disprove the correlation between the suicides of Indian farmers and the spread of GMO cotton seeds produced by the biotechnology giant Monsanto.

Shiva claims that the monopoly imposed by Monsanto has caused almost 300,000 suicides among farmers brought to their knees by the cost and low yield of those seeds.

The piece - to which Vandana Shiva had responded by confirming and reiterating her theses - had also been taken up in Italy, which did not prevent her from being appointed, already the following year, ambassador of Expo 2015 and to collaborate extensively with the University of Milan Bicocca.

Whatever her opinion of her work, Vandana Shiva boasts first-rate academic credentials: after graduating in Physics at the University of Punjab, she obtained a Ph.D at the University of Western Ontario, in Canada and, returning home, she began her interdisciplinary studies on scientific policies at the Indian Institute of Management Bangalore, in search of a synthesis between hard sciences and social disciplines.

In 1991 he founded the Navdanya Foundation, the organization that promotes sustainable agriculture and farmers' rights in opposition to the interests of multinationals and the dynamics of globalization such as intensive crops and seed patents.

In 2017, the "Monsanto papers" scandal shed light on the corrupt and defamatory practices with which the multinational company directed its scientific dissemination on the harmfulness of some of its products.

The Paris Public Prosecutor's Office is now investigating Monsanto for the illegal filing of French journalists, scientists and politicians on the basis of their positions and their alleged willingness to be influenced.

In the U.S., the multinational - acquired by Bayer in 2018 - faces more than ten thousand lawsuits brought by those who accuse it of concealing the health risks associated with its products, especially the pesticide Roundup based on glyphosate.

In January 2019, the European Parliament approved by a large majority the Pest Commission's recommendations on pesticide licensing procedures, particularly those based on glyphosate.