The great French sociologist and philosopher, father of planetary humanism, entrusts the event with a profound reflection on the relationship between cities and countryside 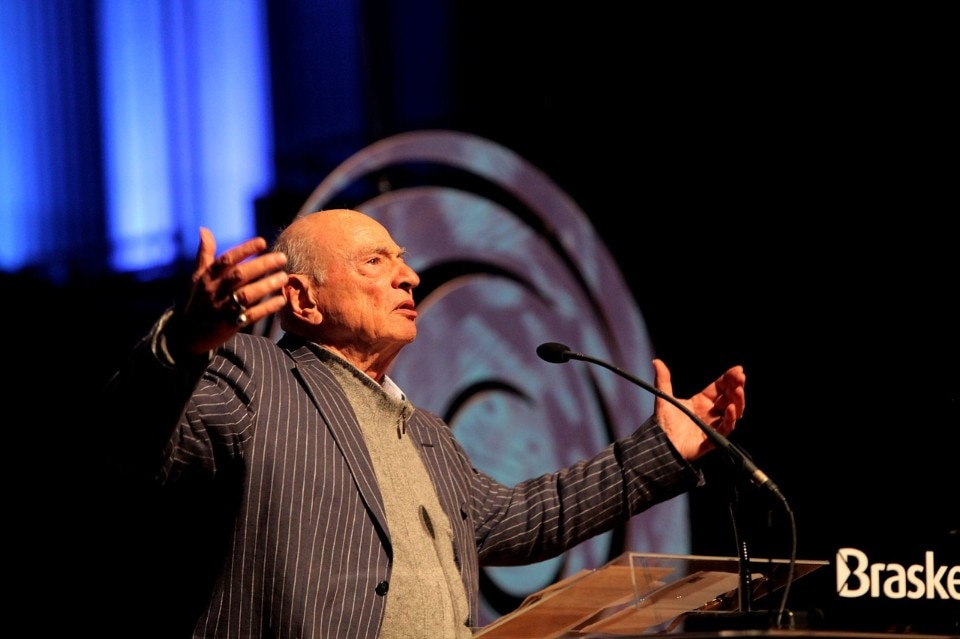 At almost 99 years of age Edgar Morin had enthusiastically accepted the invitation of domusforum - the future of cities. So much so that a few days after the first contact, in record time, the text of his speech had arrived in the editorial office: "Gouvernance urbaine, gouvernance rurale: les défis de notre ère planétaire", co-written with his wife, the sociologist Sabah Abouessalam.

Unfortunately, an impediment of the penultimate hour will prevent Edgar Morin from being present next Thursday at the Teatro Parenti for the second edition of domusforum, but the great sociologist and philosopher wants his speech to be part of the program nevertheless.

An efty abstract of his essay - which will soon be published in its entirety on the Domus channels - will be read by the editorial director Walter Mariotti.

Here's a preview, by the editorial staff:

Recent developments have increased this interdependence.

Today the city is not only dependent on the countryside, but also imports foreign or even exotic products, sometimes neglecting domestic production.
A new form of economic imperialism is transforming the countryside of many African countries into a pertinence of the rich nations.

Large African areas  are dedicated to extensive and intensive monoculture in favour of European, American, Chinese, Saudi and Korean cities.
This process not only causes the growth of many cities, creating suburbs, ghettos and slums, but also creates new urban typologies: on the one hand the megalopolis with a population of over ten million inhabitants, and on the other hand the neverending urban and peri-urban sprawl.

If this trend continues, the urban problems we are already experiencing will increase: informal urbanisation of the suburbs of the large cities of the South, inadequate public transport, increasingly difficult access to land and housing, lack of basic services, widespread poverty and violence, precarious work, segregation.

What other alternatives are possible for better urban regulation? How to avoid the human desertification of the countryside and the uncontrolled growth of industrial agriculture and livestock breeding, the harmful consequences of which are already being felt?

When the vast majority of humanity is urbanized, the problem of the countryside that feeds the cities will become increasingly serious.
Bottom line, today we cannot think of an urban policy without thinking of a rural policy. One is intrinsically linked to the other.