A conversation with philosopher Anna Lazzarini discusses how globalisation is shaping our cities and calls for a revision of the idea of citizenship. 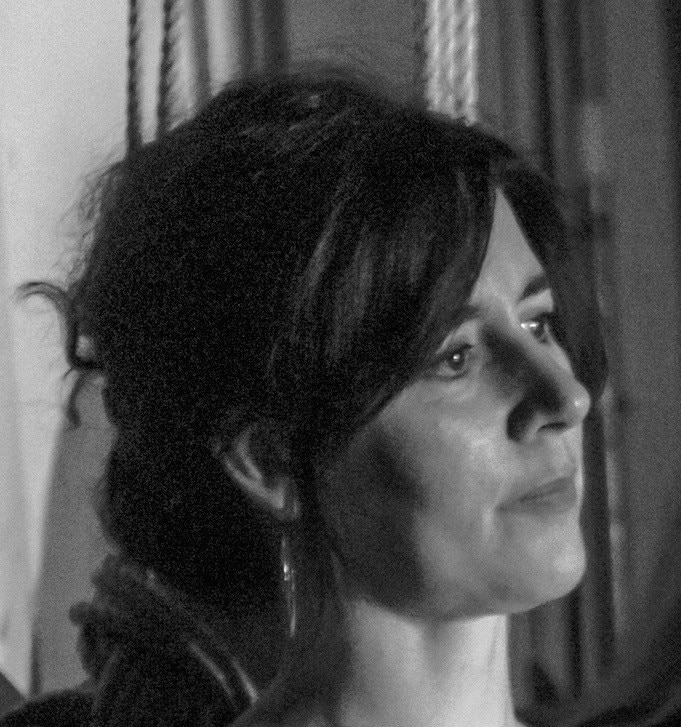 Let’s begin with your perception of the city of today, what do you think is happening? How do you see cities?
Over the last thirty years, the world has changed profoundly, and the speed and intensity of these transformations is unprecedented. It is as though we had prepared ourselves to live in a certain world, to then find ourselves in a world which is changing irreversibly before our very eyes.

The metropolis has been the most expressive figure, the metaphor most representative of modernity. In the same way, modernity is a collection of processes which have taken shape within the metropolis. Can we say the same now? Can we say that the transformations of the global era are expressed in an emblematic manner in our cities? I think so.

I believe that the city today offers a privileged view of change, of the metamorphosis under way, and therefore understanding of those processes which are re-designing political, economic, social and cultural order in the world. This happens because in a city, globalisation takes place on a local level, in the sense that it takes shape in spaces, it enters spaces, and there it becomes visible, recognisable. Within the city, mobility, networks and imagination takes shape within new situations, which in a certain sense are still undecipherable.

The city offers a privileged view of change, of the metamorphosis under way

How is this transformation currently evolving? If we reason in terms of content, what are these processes creating?
What are the trends for this change? First of all, there is a characteristic that all of the processes taking place have in common, and it is something that should also be influencing our discussions regarding these processes. This characteristic is ambivalence.

The current global situation, on various levels and for varying phenomena, demonstrates a complex dialectic between contrasting forces, between incessant differentiation and widespread uniformity; between technical and mercantile heterogeneity and homogenization; conformism between life-style and form of consumption; between deterritorialisation and reterritorialisation. For all of the processes, we can speak of an aspect and its opposite, and these two traits belong together. This is a very important characteristic. This is why we say that this is a period of complexity, a period which brings together and intertwines all of the dimensions of all of the phenomena. So, for example, examining globalisation simply or eminently as an economic-financial project is not only wrong, but it is downright misleading. This does not allow us to read the transformations under way with suitable categories. This is one of the characteristics, the ambivalence of processes. With regards to differences, for example, on the one hand we have never known a world in which the dissemination of differences was so evident and prolific. On the other, a pervasive homologation of society and the global economy is spreading, outlining the contradictory traits of this stage, of this epic transition. Therefore, ambivalence is a fundamental characteristic.

In order, instead, to trace a number of trends regarding this change, we can study a number of problematic points. The first is this: the contemporary city seems to extend limitlessly. It absorbs and dissolves differences and territorial particularity, and tends, as I have written, to become a world in both a real and metaphorical sense. The entire world, complete with all its contradictions, is right here in our cities. At the same time, the city has materially invaded the world, become a kind of immense metropolitan expanse. It has now become more difficult to escape from the city. This is true from a practical, material and territorial point of view, but above all from the point of view of our imaginations. Our imaginations are eminently urban, urbanised. I said that it was very difficult to do so from a material point of view because we know that since 2009, the population living in urban areas has exceeded that living in rural areas of the planet. Approximately 4 billion people currently live in urban areas (out of a total of 7 billion). By 2030 it is estimated that 5 billion people (out of 8) will be living in urban areas. All of this obviously has a very significant impact from various points of view.

Beyond urban growth, another direction of the transformation is eradication. We are witnessing the progressive moving beyond territorial bonds, of that form of attachment to specific places which has characterised modern social and political forms. The traditional forms of associated life were deeply rooted in one place: the town, the city, the country in which people with a common culture, language, tradition or history were accepted, and often their entire life was lived in that place. Now, relationships seem to be able to go beyond the need for spatial presence and proximity. Space-time bonds weaken, and the weakening of bonds to a place, to a territorially defined community, to the community of the nation-state, is inevitably accompanied by the creation of new forms and combinations of spatial proximity and identity, by the emergence of new relationships which are undoubtedly more fluid and mobile, between identity and radication, between territory, knowledge and power.

If I were asked to name another trend in the contemporary city, I would say the co-existence (and here we have once again ambivalence) of continuity and the discontinuity. The global city is a new experience, and at the same time it is an experience which is characterised by a profound link to the past. This is very clearly seen, for example, in European cities. Globalisation has undoubtedly created a break, an incessant dissolution of a number of orders and structures, of a number of configurations which until just a few years ago were considered to be solid, but it has also produced an incessant reconstruction of new forms, of new social, political and cultural constellations. Therefore, for example, globalisation is at the same time continuous deterritorialisation, or rather the continuous questioning of the stability of the national “container” of social, cultural, political and economic processes, as well as - however - a continuous re-territorialisation of the same. The reconstruction and disintegration of a world, of the space-time bonds, of a sense of belonging, of ways of constructing one’s own identity, as well as political and imaginary orders, is always accompanied by an overall re-organisation. Nothing remains empty. There is an incessant process of deconstruction and reconstruction. What is completely new is the speed, the intensity and the pervasiveness of these transformations.

Citizenship is one of the political categories created in modern times, and which is calling for reconstruction

If we were to define, within this context, the concept and the sense of citizenship, or rather what it means today to be a citizen.
Citizenship is one of the political categories created in modern times, and which is calling for reconstruction, because the premises have changed. National citizenship has emerged as a result of the political-territorial order of the nation state. It is the result of isomorphism between state and territory. Therefore the territorial principle, which in modern times the nation state has managed to achieve, means that its political authority is exercised within a territory which is internally united and at the same time separated from adjacent territories by clear borders. It is this very exclusivity which has shaped the modern notion of citizenship, which is also characterised by a necessary relationship with the territories and terrestrially-defined political authorities. It is the unity and the cohesiveness of the territory which provides the full premises for the development of citizenship.

The necessity to now re-invent citizenship and its boundaries (citizenship and boundaries are correlated concepts) emerges within the framework of this global transition, characterised by the transformation of the political form of the nation state, which was the premise for the modern form of citizenship which we have inherited.

Citizenship once more highlights a relationship which the subject establishes with the political-institutional order to which they adhere and, as far as the relationship with the city is concerned, this is very interesting because the term “citizenship”, which we consider to relate to the state-nation, in reality originates from the city. In many European languages, the term “citizenship” relates to an urban experience. It is now possible to problematise the distinction between the formal statue of citizenship, or rather its institutional framework, and the experience of citizenship, which also includes the struggles of subjects who are excluded or included partially, in a differential, incomplete and subordinate manner. This is why we speak of “acts of citizenship” also when we refer to those who are not formally recognised as citizens.

Interview conducted by Nielsen on behalf of Domus as part of domusforum2018: The Future of Cities.