Design in films: Archibugi’s The Hummingbird, a missed opportunity

An inventory with some of the most legendary Italian furniture design pieces turned into a missed opportunity: Archibugi’s latest film shows how cinema often fails to exploit the value of design. 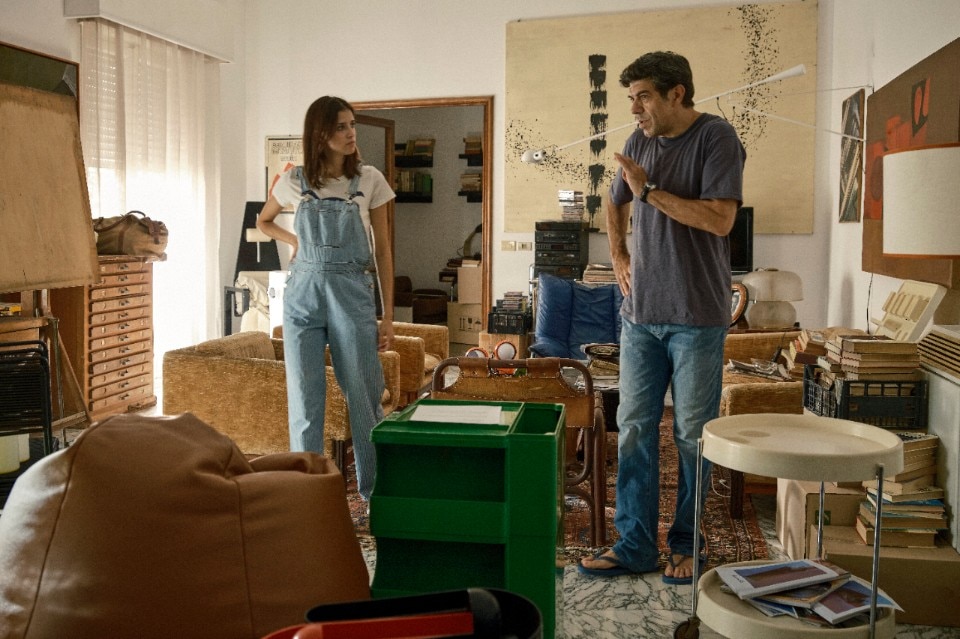 When thinking about the relationship between cinema and design, the question is not how much design is in Italian films, but rather what is design doing in them. I believe that design can give cinema a meaningful value as long as it is more than a mere “decorative” or “furnishing” presence, and it embraces design’s ambition of generating spaces that do not simply host the action but also influence, connote and interact with it.

Francesca Archibugi’s adaptation of Sandro Veronesi’s novel The Hummingbird could have been a great opportunity to design spaces and environments in which design becomes a non-negligible element in the identity construction of the characters. In fact, in Veronesi’s book, Marco, the protagonist, sends his brother Giacomo an inventory of the furniture and design objects in their parent’s house (with the numbers of the pieces, the name of the objects, the name of the designer, the company, the materials and the estimated value), to put them up for auction. But he makes a premise, referring to the family’s tragic history: “Things are innocent, Giacomo,” he says.

The inventory is accurate and rigorous and gives the idea of a house that was furnished between the 1960s and 1970s by two people, the parents of the protagonist Marco, who shared the taste of their time and had no financial problems. Comprising a hundred or so pieces, the inventory in the novel includes iconic pieces such as Mario Bellini’s Le Bambole sofa, Mangiarotti’s Saffo lamp for Artemide, Carini’s Planula chairs, Brionvega’s Totem, Plia chairs, Teti lamps, one Superstudio’s Gherpe lamp, Zanotta’s Sacco armchair and so on.

Through that inventory, it takes shape the idea of a house in which design collected with passion and love becomes a connotative element not only of a taste but of a real idea of home, perhaps even of a philosophy of living. What remains of all this in Francesca Archibugi’s film? An atmosphere. Scattered here and there – especially in the living room and the brothers’ room – a few vintage pieces recall a certain taste, although they fail to give the idea of coherence and conscious choice which was instead conveyed in the novel.

Here and there we spot some other design pieces such as Magistretti’s Eclisse lamps, Rizzato’s 265 lamp, Gatti, Paolini and Teodoro’s Sacco, Joe Colombo’s Boby, Artemide’s Abs bookcases, the Passiflora lamp in the mother’s B&W photo archive...

While the chronological coherence is broadly respected, some absences (compared to the novel’s inventory) may be due to the difficulty of retrieving the pieces. Overall, the impression that one gets is that the film, too – just like the character who gives the title to the film – moves at a high speed and travels back and forth in time to remain firmly established where it started – in the villa overlooking the Tyrrhenian Sea where, not by chance, the story begins and ends.

Once again – as in many of her previous films – the houses in Archibugi’s cinema have a soul. Things not as much. Things appear in the background, they furnish, and they generate an environment, but they are never the protagonists of a project, of a conflict, of an emotion, unlike the house.

Sure, the things in the film are innocent. But in a way, they are also indifferent. Extraneous to the events. With at least two obvious exceptions, though: the model railway and the model of the house on which the engineer father works all his life, transforming the characters into statuettes, almost as if he wanted to freeze in a condition of effective stasis and motionless permanence, in a kind of theatre, not only things but also the lives of unstable and oscillating characters, who shake and quiver and run to always and in any case find themselves back where they started. Where there are things, innocent and indifferent, waiting for them.