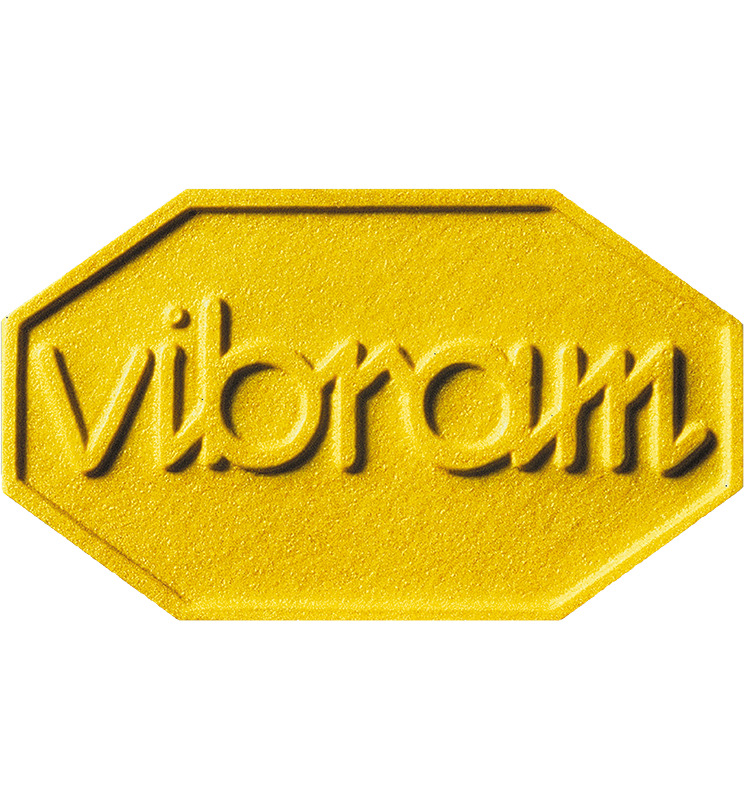 The Vibram story starts from Milan, from its deep bond with the surrounding mountains, and grows along almost a century of research animated by the love for mountaineering and the continuous overcoming of one’s own limits.

As early as the 1920s, Vitale Bramani was already penning and signing articles for the Club Alpino  Italiano (CAI, the Italian Alpine Club) magazine as Vibram, an acronym of his name, which was to soon label the shop he and his wife Maria Fasana opened in 1928 in Via della Spiga 8, Milan,a reference point for a lively city community of mountaineers. At the age of 17, he had already climbed the Torrione Magnaghi; but a few years later a tragedy occurred that changed the course of his life. In 1935, during an excursion to Punta Rasica with the SEM — Società Escursionisti Milanesi, of which he was a guide — he lost six companions, who froze to death due to a sudden change in the weather and inadequate equipment, preventing them from returning to their refuge.

Deeply struck by this terrible loss, Vitale Bramani began a relentless quest to raise safety levels in mountaineering: blaming part of the incident on unsuitable footwear, he looked for a solution for a sole that encompassed the grip of  light climbing shoes and the sturdiness of a studded boot. The ingenious intuition consisted in substituting the heavy iron spikes of the boot soles with strong rubber spikes. After several tests, in 1937 Bramani with Ettore Castiglioni conquered the north-west face of Pizzo Badile, using what is still famous today as the Carrarmato sole. What distinguishes the technological innovation of the first Vibram sole is the combination of the materiality of rubber with the iconic and functional Carrarmato design.
From a design point of view, in fact, the Carrarmato sole has radial ‘crown’ nails on the sides, which provide safer grip employing the shape of traditional metal nails, while in the centre it has cross-shaped nails: these latter elements extend the grip and robustness across the entire sole, as well as the performance of a self-cleaning surface, and by their shape they evocate the crosses on mountain peaks, and the floor decoration of Galleria Vittorio Emanuele II in Milan.

The iconic octagonal Vibram logo is also inspired by the Gallery, in particular by its central octagonal vault: this logo, created in 1947 and then released in golden yellow starting from 1969, was destined to remain to this day, marking the soles of Timberland Yellow Boots or Ferragamo lace-ups, or Snoop Dogg’s outfit on the cover of his Da game is to be sold, not to be told.

In 1947 the first factory was opened in Gallarate, followed ten years later by the Albizzate facility, which is also housing the company’s headquarters today: Bramani’s path was shifting from a story of passionate mountaineering to that of modern industry and innovation, on a scale that was soon to become global. In 1954 the conquest of the K2 peak by the Italian team of Ardito Desio, all equipped with Vibram soles, gave the brand an international fame that would keep on growing constantly, even more when the K2 peak was climbed again in 1978 by Jim Whittaker’s team, this time without oxygen but always with Vibram equipment.
In those years the brand had already expanded, exporting production licenses to America, and was aiming to diversify through new patents such as the Security sole with which Vibram would set its position on the Work&Safety market.

As the years went by, the challenges that Vibram would face became more and more engaging design challenges, extending beyond the pure performance of the product to embrace themes such as environmental sustainability and a respectful mediation of the physical relationship between the human being and the planet, as it could be (re)discovered through outdoor activity.
Vibram had been closely linked to the world of design from the very beginning — Angelo Bianchetti would design the new Milanese brand store in Via Visconti di Modrone — then by the end of the millennium the design challenge of product sustainability was taken up, with the creation of the Ecostep sole, made of 30% recycled rubber.

The promotion of a culture of renewal and reuse, criticizing all replacement-based behaviors, is also a design challenge: Vibram has been pursuing it for decades by providing components to the Repair and cobblers’ market, and in recent years this same challenge has been addressed and brought closer to consumers through the Vibram Sole Factor experimental program, relying on an international network of partner shops and on four Vibram Academies in Europe to customize any type of shoe with a unique Vibram sole, specially configured according to individual taste and required performance.

Design as an innovative interpretation of the relationship between the human body and nature is also the foundation of two Vibram’s most recent projects, which have revolutionized the very act of walking, as the Carrarmato sole did at the beginning of our story. 2004 has been the year of the market launch of  Vibram FiveFingers, a “foot glove” whose sole becomes thinner and thinner, acquiring the shape of the foot itself, placing it in contact with the ground, as if one were barefoot, a resumption of what Bramani had written in 1935 in the CAI journal La Rivista: “And therefore, crawling, I long for the primitive technique of Valmasino’s guides, who climbed barefoot”.  From a first idea by designer Robert Fliri, Vibram FiveFingers, does not simply seek an answer: it aims at redefining the very demand for an outdoor life by tightening the contact between the human body and nature through an innovative vision of outdoor activity, as well as of the product that makes such activity possible. In this way, it was possible to meet the principles of groups that would have otherwise been fierce opponents of footwear, such as the barefooting communities, which are actually showing a great interest in the Vibram product.

Vibram Carrarmato. The first rubber sole for mountaineering since 1937.

The same spirit of innovation has then characterised a completely new project in the following decade, Vibram Furoshiki The Wrapping Sole, the winner of the Compasso d’Oro award in 2018: a pure interface that is less and less identifiable as a shoe, a technical object taken to its highest essentiality where ergonomic bands in Sensitive® Fabrics by Eurojersey develop directly from the sole, enveloping the foot and guaranteeing a personalized fitting, deriving its nature from the traditional Japanese square handkerchief.
The ethics of a respectful contact with the natural environment, transforming outdoor equipment into an interface of pure experience, have evolved as mirrored by Vibram’s claim, changing from “Between the Earth and you” to “Your Connection To Earth”.

This narrative path leading through more than eight decades, starting from Bramani’s first intuitions, recounts Vibram’s strong connection to innovation and to the multiple aspects co-creating the notion of sustainability: a part of the Italian sports industry DNA since the beginning, through quality and durability of products, this idea has been translated into projects aiming to steer the transition towards circular economy models, and developing local recycling strategies, implemented where products are actually consumed. Concepts such as Design For Repair and Design For Disassembly have shaped Vibram’s contemporary code, turning the brand into a reference for responsible and sustainable consumption, the medium once again for a relationship of closeness and respect with the landscape, and with the planet all landscapes are generated by.

Vibram Furoshiki The Wrapping Sole, winner of the Compasso d'Oro in 2018
Discover more on Vibram.com