No technological revolution happens without there being a price to pay

Every day we are faced with the gap between what innovation should do and what it is actually doing. That is why it is necessary to exercise a critical spirit continuously. 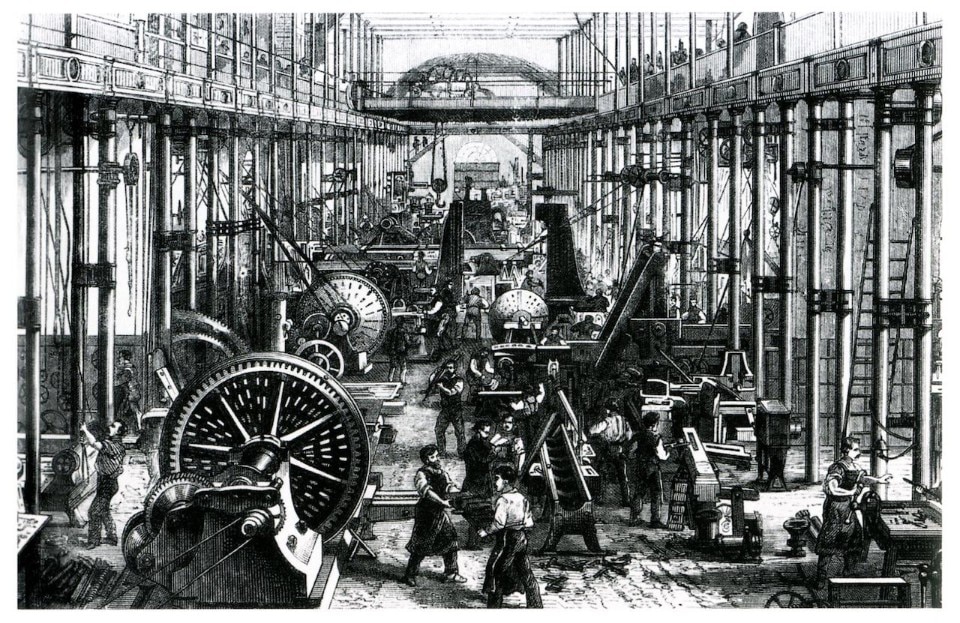 On the marker that stands above Karl Marx’s grave in London’s Highgate Cemetery, you will find inscribed in gold a well-known quote from his “Theses on Feuerbach” [1]: “The philosophers have only interpreted the world in various ways,” it reads. “The point, however, is to change it.” The obvious but nevertheless eloquent implication is that it should be changed for the better.
In our time, no community has taken up this invitation so earnestly as those who work in the field of information technology. Faced with all the uncertainties and challenges of the present, they invoke the teaching of the visionary computer scientist Alan Kay [2]: “The best way to predict the future is to invent it.”
If we take a cursory glance at the results they have achieved over the last fifty years or so, their ambition seems justified. But when we consider matters with a bit more care, we find that the number of inventions that truly changed the world just by having been brought into being remains small: the telegraph, penicillin, the atomic bomb, the contraceptive pill, and not much else. In these cases it’s easy to identify the relationship of cause and effect, and the technodeterminist argument appears very convincing.

But as it happens, most inventions exert no such transformative force on the world. The paradigm shift heralded by the inventors of self-replicating 3D printers or blockchains has yet to occur — and who knows if and when any such thing ever will, bearing in mind what Jane Bennett calls “the material recalcitrance of cultural objects” [3], let alone that familiar series of propensities, habits and inclinations we think of as human nature. Achieving conscious, intentional, direct and useful change is an immensely complicated affair, especially in the case of innovations that seek to undermine the status quo in any meaningful way.
Our everyday lives may very well fill up, then, with technologies that bear all the shimmering promise of the future we dreamed about as children. We may well live out the balance of our existence surrounded by autonomous vehicles and intelligent systems, our very bodies garbed with wearable devices. But such innovations are generally only superficially disruptive. On the available evidence, it’s hard to believe that they can really impact society and its longer-term material and symbolic structures.

The real test of such nominal advancements is that suggested by the late British cyberneticist Stafford Beer, who argued that “the purpose of a system is what it does.” [4] In other words, it doesn’t matter if, in the mind of its inventor, a technology has the aim of emancipating, freeing and enriching, or conversely of subjugating, enslaving and impoverishing. All that’s relevant to our considerations is what that technology actually does when it’s observed in action, and it should only be assessed on the basis of that observation.

The real world is full of examples that bear out the truth of Beer’s dictum. On the beach in Niigata, Japan — as indeed along the entire Japanese coastline — a breakwater has been constructed using thousands of concrete tetrapods weighing two tons each. Those who devised them intended to create a structure that would mitigate the force of the waves, and prevent the sandy shore from being sucked away by the ocean. Unfortunately, today we are almost certain that these tetrapods do exactly the opposite. Apart from causing practically irreparable aesthetic damage to the coast, it appears they actually accelerate rather than retard erosion; according to the most knowledgeable observers, the whole operation is simply a tacit subsidy to the national cement industry. In short, at best this technology represents an unwise allocation of funds and energy, and at worst it’s a bona fide swindle.

This example reminds us of the great care we must take when evaluating not only the promises of visionaries who design new technologies, but also the claims made by developers, promoters and anyone else with a material interest in those technologies’ diffusion. Every day, we are faced with the disconnect between technoutopian claims about what some emerging innovation “can,” “could” or “will” do, and what it is actually seen to do in reality. Just as with the tetrapods of Niigata, often the presumed advantages only partly materialize, or don’t materialize at all, while the negative consequences (which are nearly always foreseen) come to pass.

When we speak about putative technological revolutions, then, it’s vital to remember that nothing happens automatically, nothing happens without there being a price to pay, and ultimately the end result might be the opposite of what was desired. If we bind ourselves too tightly to a technology, or more generally to a given technological paradigm, we will be forced to find tasks for that technology to do, regardless of how effective it might be in that role. On the other hand, if we start not from the tools at our disposal, but from the objectives we wish to pursue – whether those involve the establishment of justice, the redistribution of resources, the development of a circular and truly sustainable economy, or anything else  – we will realize that only occasionally will this or that technical innovation serve our purpose. We’ll find ourselves confronted with the much more challenging task of organizing for change at every level of our lives. And given that this is a much harder sell than simply acceding to the promise that some technology will solve our problems, as if by some benevolent species of magic, it very much remains to be seen whether we’ll chose to shoulder the commitments involved, as individuals or societies.

At present, if truth be told, I’m not particularly optimistic in this regard. Technodeterminism and an entirely misplaced technoutopianism retain far too strong a hold on our collective imagination to permit any such reckoning with the difficult truth. But I do find solace in the words of Raymond Williams, who taught us that even within hegemonic systems there are enduring pockets of nonconformity, consisting of past social moments and the weak signals of social forms that are about to emerge [5]. Like the ghostly patterns of data left behind on an imperfectly erased hard drive, our world bears the traces of lifeways based on solidarity and sociability, and a daily existence that is more tolerant of imperfection. These are the seeds of possible futures that – if nurtured with effort and care – could yet grow to become a wiser, more considered, more just and generous way of living together upon the Earth.

The text has been freely adapted from the conclusion to Radical Technologies: The Design of Everyday Life (2017).